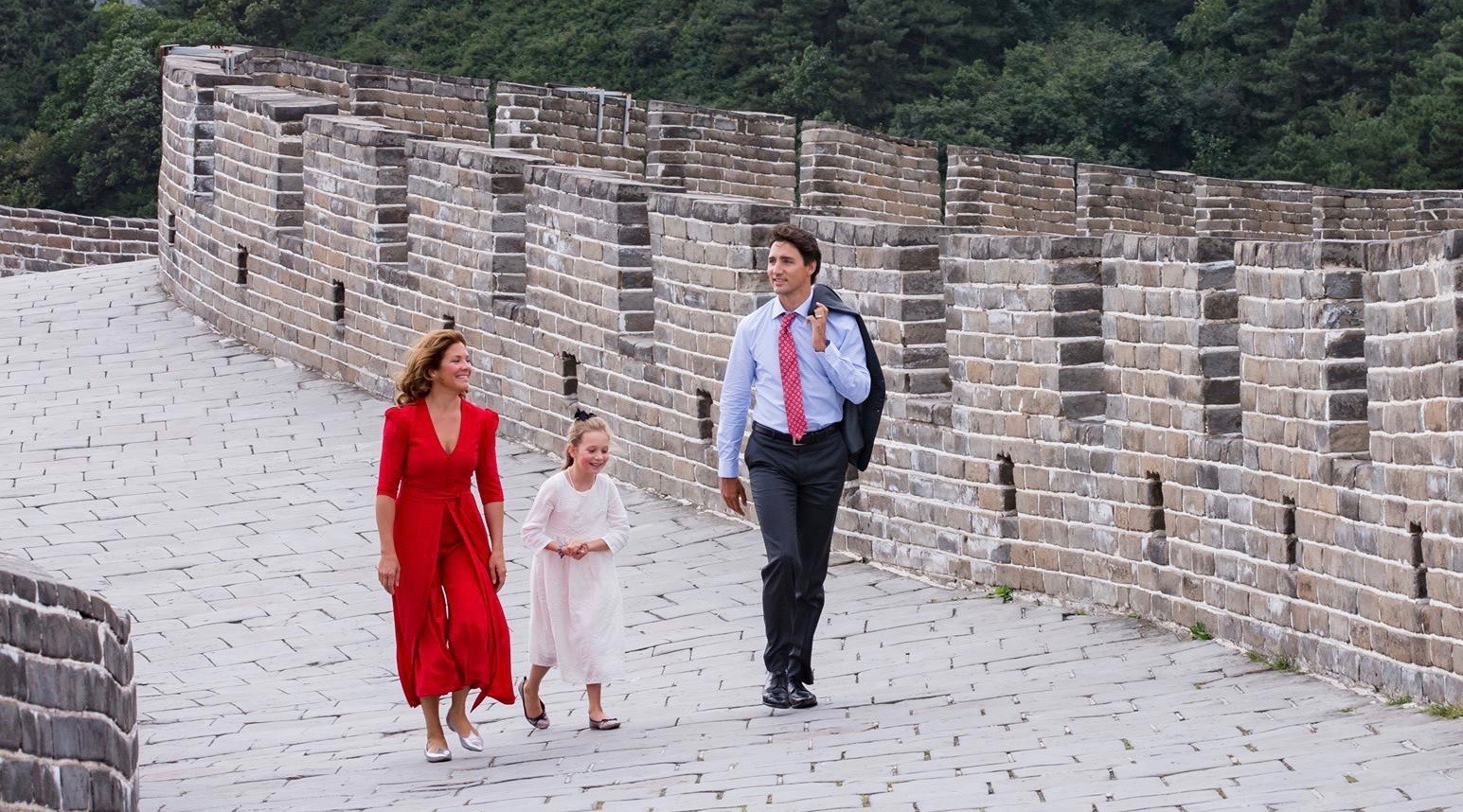 In a new poll released today by the Angus Reid Institute, 65% of Canadians currently approve of Justin Trudeau job as Prime Minister.

That’s the highest his approval rating has been since Trudeau took office last November.

And while the perpetually photoshoot ready PM has only been in office for 10 months, it still bears noting that Prime Minister Stephen Harper’s national approval rating while holding a majority government peaked at just 42% in December of 2014.

Key Findings from the poll are as follows:

Angus Reid also gives credit to Trudeau’s very high profile summer that began with participation in our country’s major Pride Parades, a shirtless photobomb of a wedding while on vacation in BC, a well-covered bromance with The Tragically Hip and Gord Downie that culminated in a personal shoutout during The Hip’s final concert, and finally, a photo-friendly state visit to China which earned Trudeau the affectionate nickname, “Little Potato.” 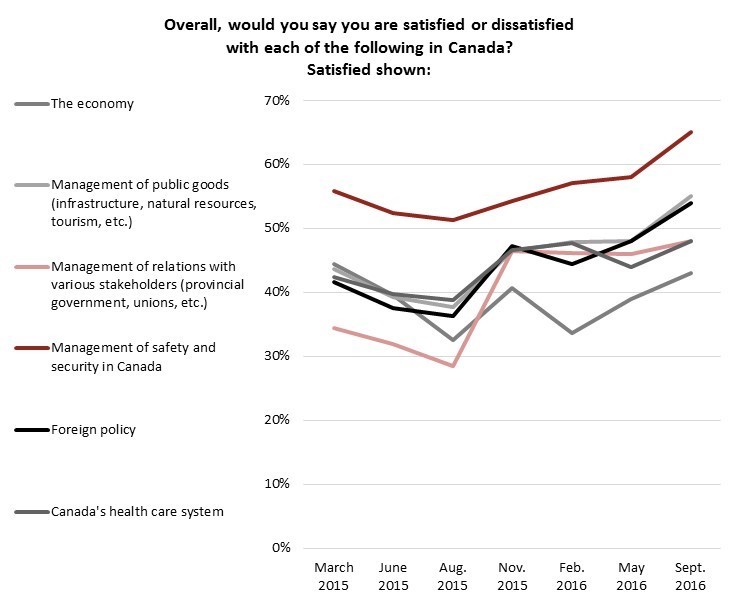 Despite the majority approval, the chinks in Trudeau’s armour are more than obvious. While his economic policy continues to trend upwards, it does so at a vastly slower pace than the rest of his initiatives and hopes for economic improvement in the next year are split among the provinces. As well, according to the poll, more than twice as many Canadians say their living situation is worse now than it was a year ago, compared to those who feel their living situation has improved over the past 12 months:

Couple this with the consistently rising belief that the next year under Trudeau’s leadership will only lead to a worse standard of living and it’s hard to see how the Prime Minister can maintain his popularity. 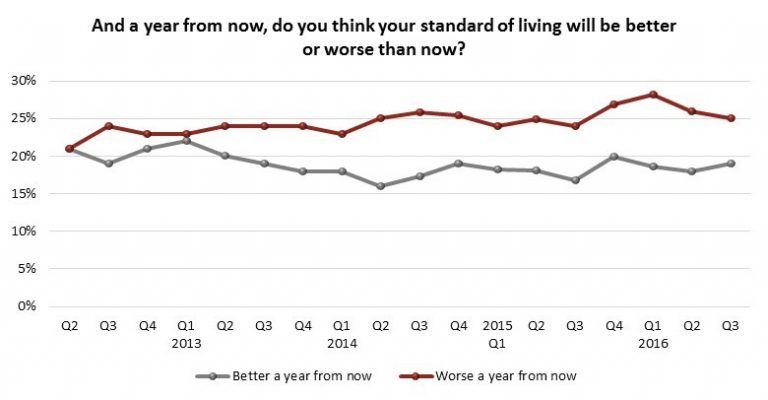 Still, like all things in life (but especially the leadership of a G8 country), you’ve got to enjoy being on top while you can.

Since, however, Angus Reid might not have asked you for your opinion, we want to know how you feel about Justin Trudeau’s job as Prime Minister of Canada. Do you approve? Let us know in the poll below: