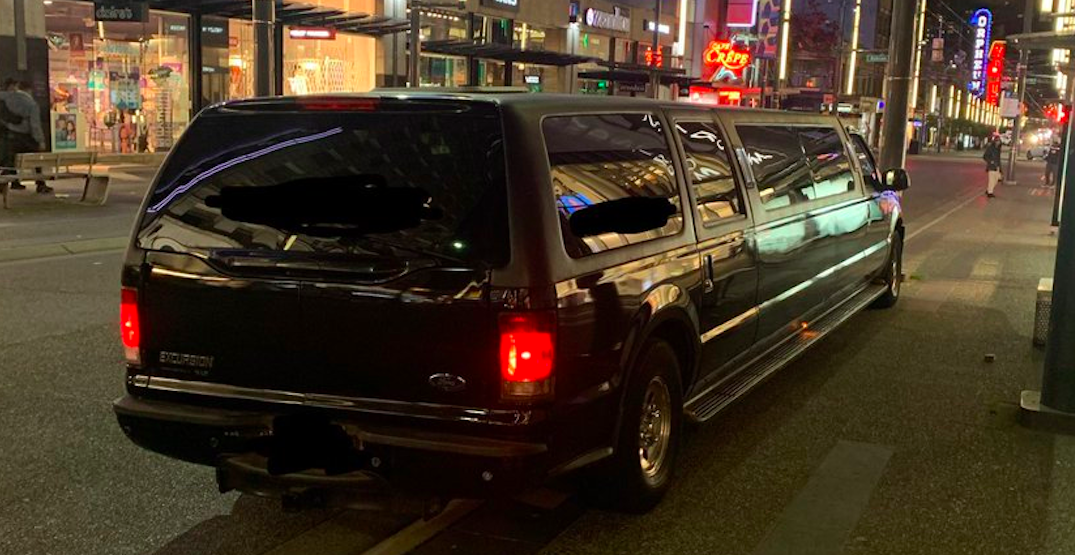 A limousine pulled over by VPD in October (Sgt. Mark Christensen/Twitter)

The provincial government has added additional measures to its COVID-19 rules and regulations, specifically against party buses and limousines.

Police and other provincial enforcement officers can issue tickets to party buses and limousines. A statement from the BC government says that this measure is specifically for the Vancouver Coastal Health and Fraser Health regions.

Any operators that contravene public health orders will be subject to a $2,000 fine. Similarly, anyone that takes part in a social gathering on a party bus or limo can face individual fines of $200.

All ticketing measures that were previously announced in August and September will also remain in place.

Earlier this week, the provincial government announced that nearly $120,000 in tickets have been issued for breaking COVID-19 rules and regulations between August 21 and November 9, 2020.

An additional 58 violation tickets, totalling over $64,000, have also been issued to individuals who break the Quarantine Act. The Quarantine Act requires that anyone returning to Canada quarantine or self-isolate for 14 days, along with a number of other requirements.