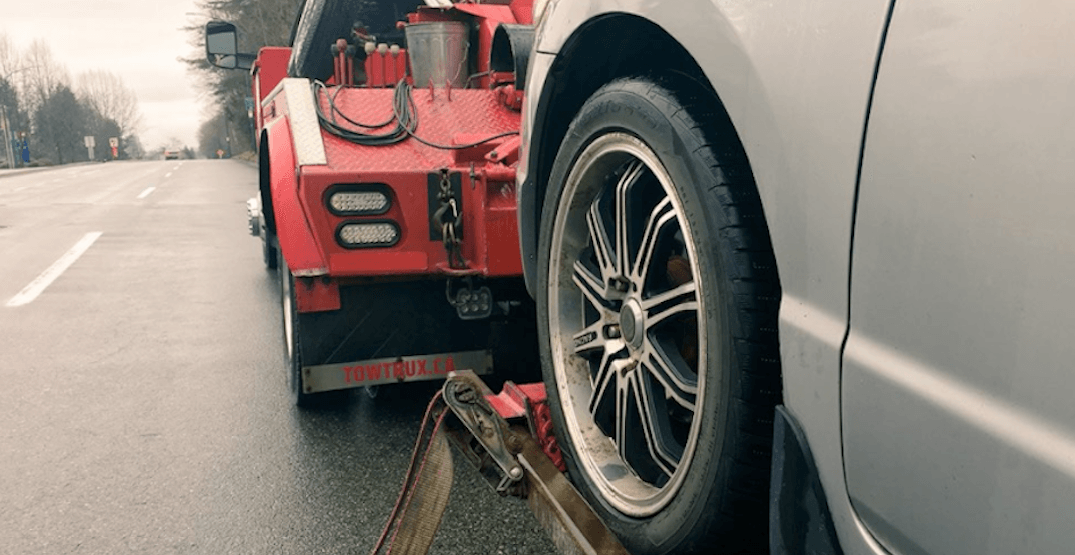 This vehicle was impounded by the Burnaby RCMP. (Burnaby RCMP / Twitter)

Just a day into a month-long distracted driving enforcement blitz, Burnaby RCMP nabbed and fined a driver for numerous offences.

The driver of the vehicle was initially pulled over for a broken headlight, but upon further inspection, police found much more.

In addition to the broken headlight, police discovered the female driver of the car had not one, but two phones in her lap as she was driving.

But it didn’t end there.

Police also discovered the woman had no insurance or even a valid driver’s license to be legally operating the car.

And while anyone caught distracted driving can face fines of $368 and incur demerit points on their license, it was the driver’s combined number of offences that resulted in a total fine of $1,250.

Oh, and the car was impounded as well.