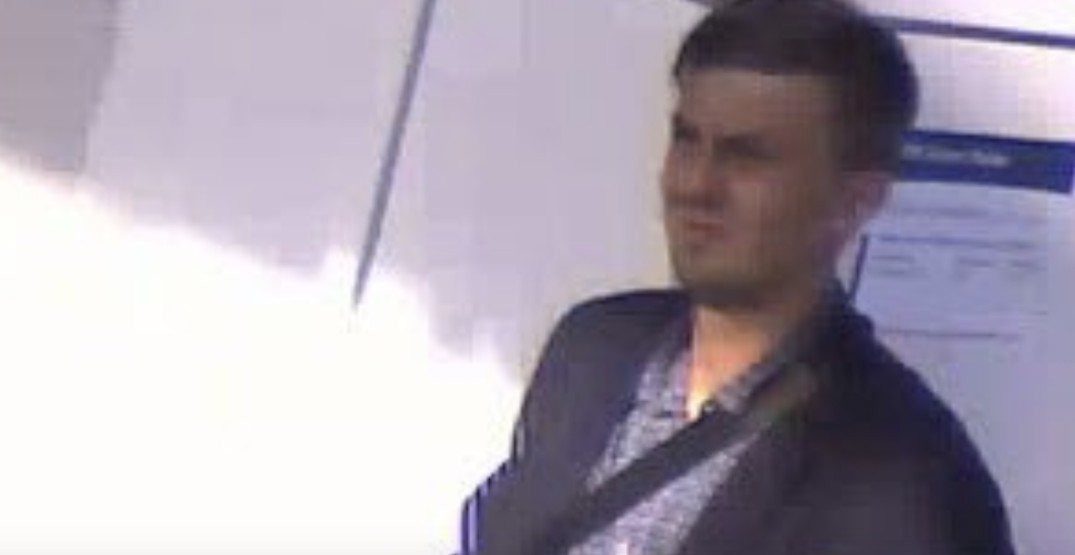 Metro Vancouver transit police have released photos of a suspect who is believed to be connected to credit card skimming on the Canada Line in July.

On July 11, 2018, Transit Police announced that an investigation had been opened after debit and credit card skimmers were located at two separate Canada Line stations.

According to a statement from Transit Police, two skimmers were found in CVMs at the Vancouver International Airport and one skimmer was found in a CVM at Vancouver City Centre Station.

The investigation included an extensive review of Canada Line CCTV video and authorities were able to isolate several images of a male suspect.

Further forensic analysis found that the skimmers were comprised of a camera portion, which filmed people entering their PIN numbers, and a reader portion, which collected data from the cards.