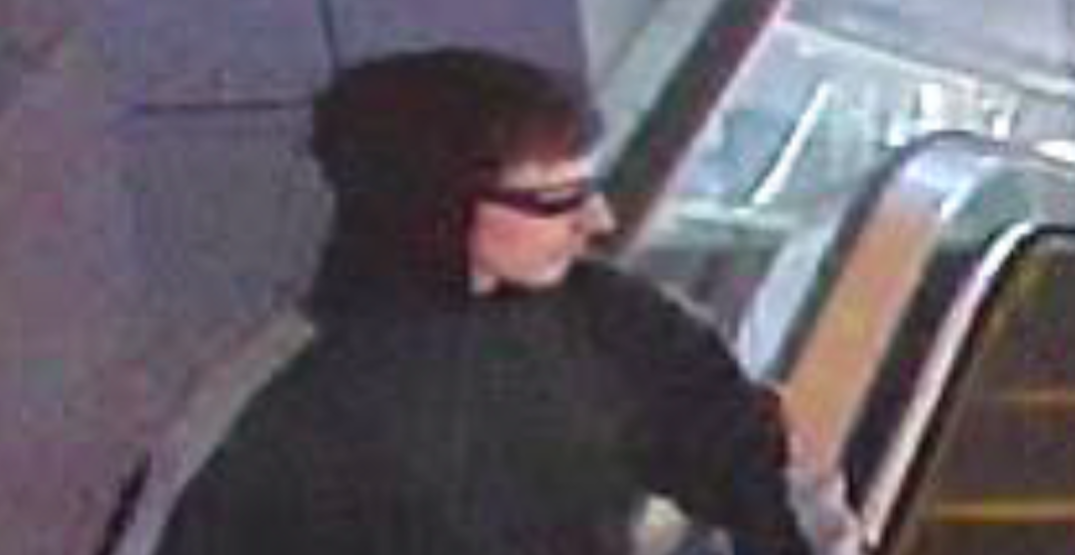 Metro Vancouver Transit Police are looking to identify this suspect in an alleged assault that took place on SkyTrain, recently.

In a release issued on Wednesday, police said the incident took place Thursday, October 4, at 12:15 pm, on a train that was travelling from Moody Centre Station to Coquitlam Central Station.

According to police, “the suspect became enraged,” after deciding that the two victims, a 14-year-old boy and a 16-year-old boy, had been staring at him.

In response, the suspect allegedly punched one of the teens, causing bruising to his eye, then turned his attention to the other teen and attempted to punch him too, causing the teen’s head to hit the wall of the SkyTrain.

The suspect then fled the train when it arrived at Coquitlam Central Station.

Now, police are asking for the public’s help in finding and identifying the suspect, who they describe as Caucasian with a slender/thin build, black hair, dark facial hair, and who was wearing a black and grey hoodie, grey pants, runners and dark sunglasses, at the time of the incident.

Anyone with information regarding the identity of this suspect or who witnessed this incident is asked to contact Metro Vancouver Transit Police, at (604) 515-8300 or text them at 87-77-77.