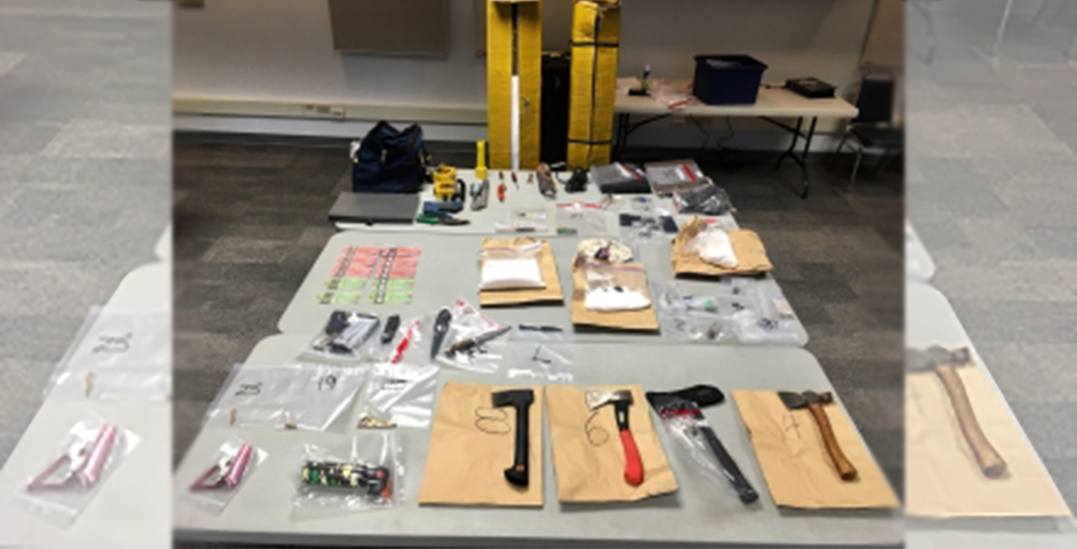 A handful of weapons, narcotics, and stolen identity documents have been seized from a unit in a Delta highrise.

According to Cris Leykauf, spokesperson for the Delta Police (DPD), members of the public began to notice a staggering increase in property and drug-related crime around the Delta Rise.

The Rise, located on 11967 80th Avenue, is the area’s largest highrise building. As the number of crimes began to increase, more and more people brought their concerns to the local police. 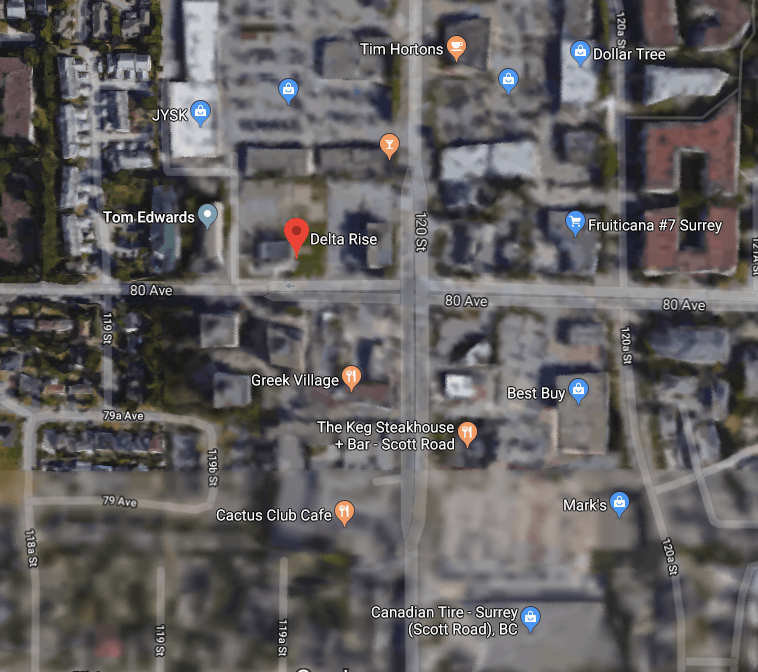 After a month-long investigation by the Tactical Mangement Team of the DPD, a search warrant was issued on January 31, 2019, for a unit in the highrise.

Police recovered a mix of narcotics, weapons, cash, stolen identity documents, and seized a vehicle, as well as arresting a man and a woman. It was not specified what narcotics were involved, although the DPD notes that some of the weapons seized include pepper spray, knives, rifle parts, and ammunition. 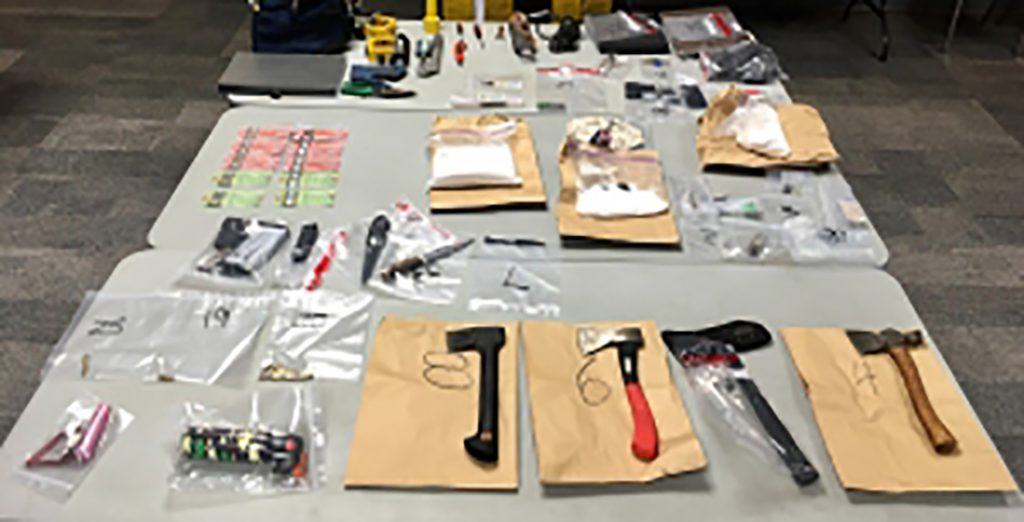 The two individuals were arrested without incident and the DPD has prepared a number of charges and forwarded them to Crown Counsel for consideration.

The stolen items are also in the process of being returned.