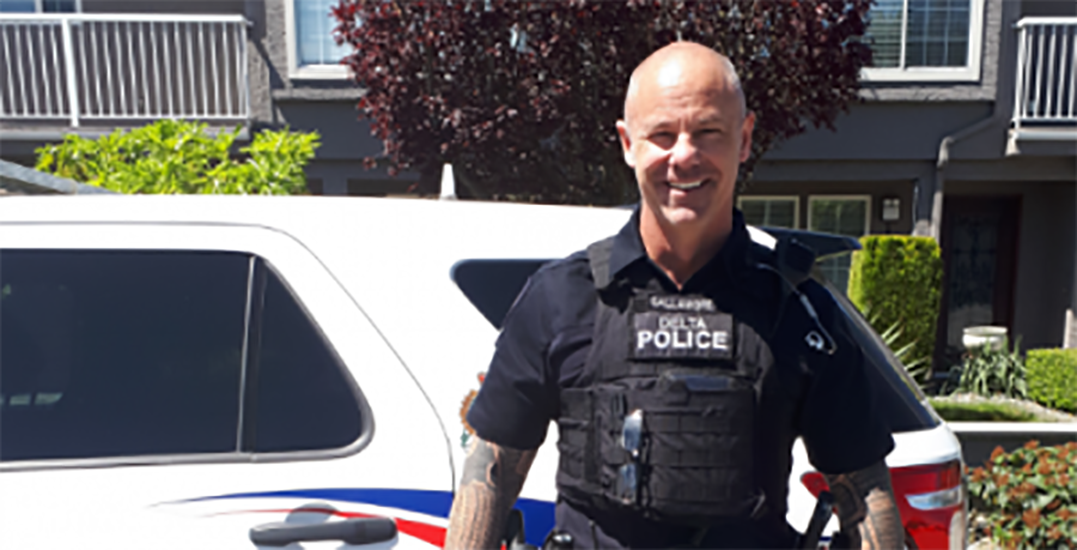 The family of a young boy has the Delta Police to thank after Constable Derek Gallamore rescued him from “quicksand-like mud.”

It all took place on Saturday, May 12 at approximately noon around 12th Avenue and Boundary Bay Road.

The area around the bay is known for being extremely shallow with a low tide that pushes out very far.

The boy was exploring the beach and wandered nearly 100 yards away from the shore. He began yelling for help when he sank to his waist and became stuck.

Gallamore arrived at the scene after receiving multiple calls about the situation.

According to Gallamore, the boy “literally could not move and was pretty upset.” People around the area had rope, but the challenge for Gallamore was figuring out “how to help [the] kid, without getting stuck.”

Gallamore ultimately found a piece of driftwood to use as a base and instructed the boy to tie the rope around his waist. Gallamore managed to pull the boy out, but not without sinking into the mud himself.

He described that the “area was like quicksand” and that he “also sank to [his] knees at one point.”

The boy’s father later called the officer to thank him for rescuing his son and share that he was unharmed.

Delta Police commented that they’re very glad the incident had a happy ending and wish to remind the public that “there are a number of very deep muddy areas that can be like quicksand, in various locations in Boundary Bay.”

“The safest area to explore the tidal flats is in front of Centennial Beach.”