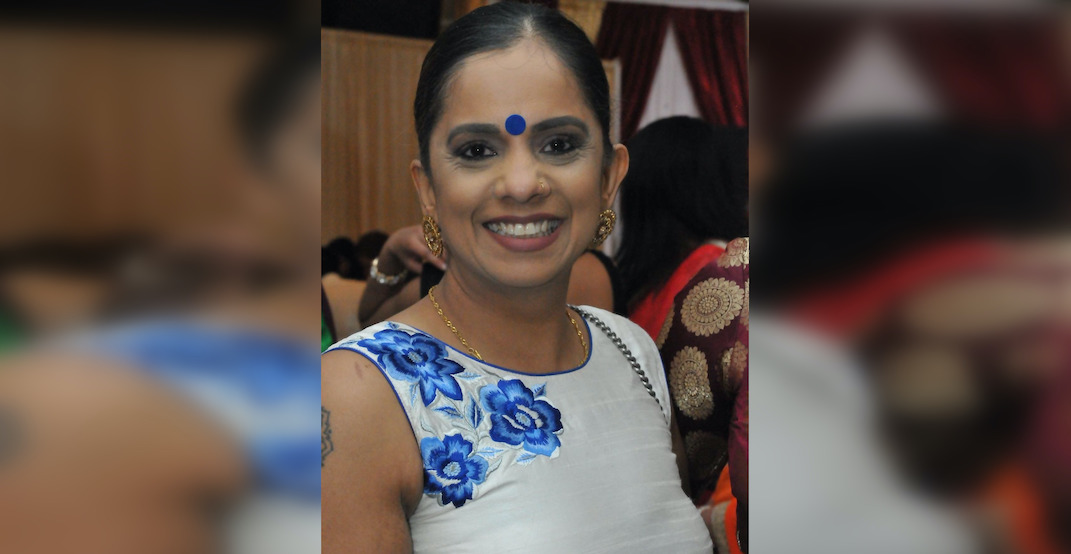 Police say that a deceased person was found on Sunday afternoon on the shoreline of the Fraser River, between New Westminster and Burnaby.

The BC Coroners Service, as well as detectives, attended the scene and say that the deceased person is believed to be Sharma.

At this point in time, NWPD says that there is no evidence of foul play, although authorities will continue to investigate the cause of death.

“This is a tragic conclusion in the search for Mrs. Sharma,” says Sergeant Jeff Scott in a police statement. “At this time, there is no evidence of foul play, but the cause of death is yet to be determined.”

“At approximately 4 am on February 24, a family member reports hearing the front door chime activate,” police explained in an earlier statement. “Mrs. Sharma typically arrives at work in Vancouver at approximately 6:30 am, but she did not attend work that morning.”

She reportedly left without telling anyone and without her personal belongings, which authorities described as “out of character for her.”