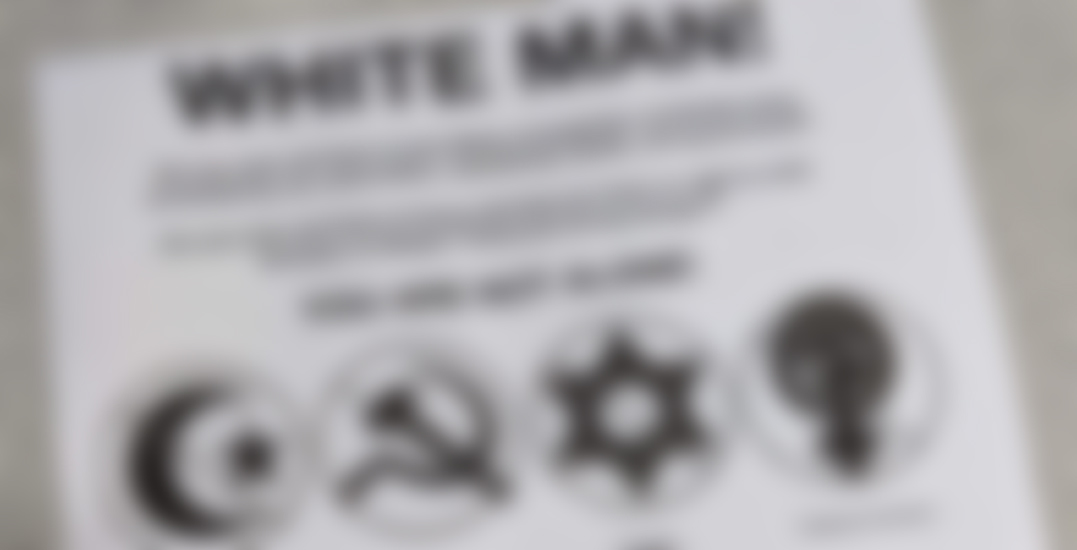 Police are investigating after a number of flyers with a disturbing message were reportedly spread around East Vancouver.

The flyers were reportedly spread in the days leading up to Holocaust Memorial Day. Another Twitter post says that they were shared in the Vancouver-Kingsway area.

“Are you sick and tired of Anti-White propaganda constantly being promoted by our universities, mainstream media, and government?” reads the paper. “White Nationalism is North America’s fastest-growing civil rights movement and the only movement that puts the interests of our people first.”

Our Founder Morgane Oger was sent this despicable flyer by a concerned citizen. It was dropped in an entire #Vancouver neighbourhood the week-end before #HolocaustMemorialDay.

The flyer also features several links to well-known far-right nationalist political groups, mostly from the US, though did include the URL for the Canadian Nationalist Party, a registered political party with Elections Canada, that seeks to create a European “ethnostate.”

“We are aware of the disturbing flyers that were placed on a few vehicles in the Killarney neighbourhood,” says Sergeant Aaron Road, Media Spokesperson for the VPD in an email. “Our Criminal Investigations Unit and Hate Crimes investigator are looking into this incident.”