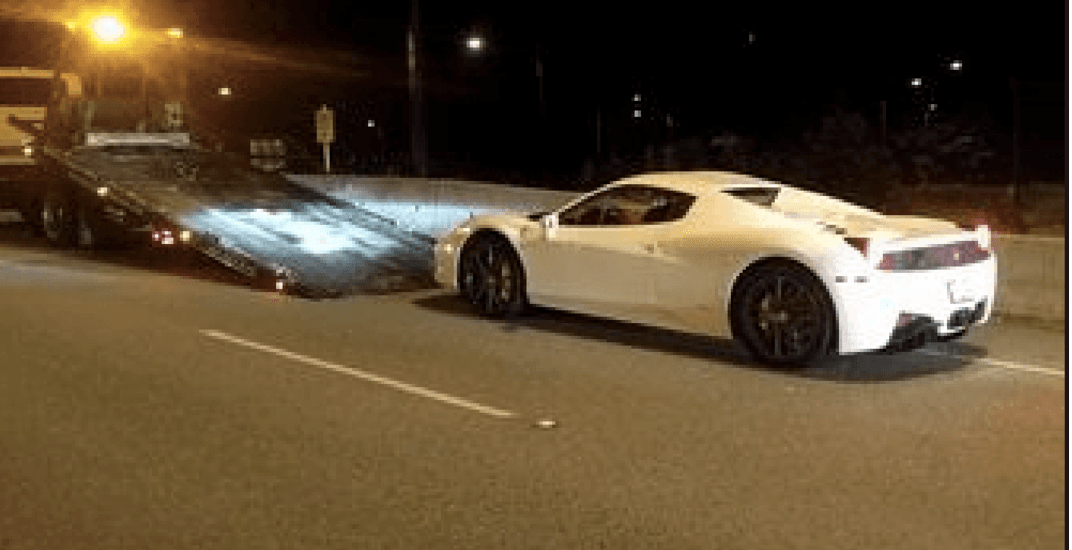 The driver of this Ferrari has now been charged after he was caught doing 210 km/h across the Lions Gate Bridge. (West Vancouver Police)

The driver of a Ferrari who was caught doing 210 km/h over the Lions Gate Bridge last month has now been charged under  the Motor Vehicle Act.

West Vancouver resident Yihao Wang, 22, faces a charge of excessive speeding in connection with the incident.

Wang has also been banned from driving for 16 months.

The charge and ban both stem from an incident on July 4, when a West Vancouver Police officer doing traffic enforcement on the bridge stopped Wang after he was clocked racing his Ferrari northbound at a speed of 210 km/h.

The posted speed limit on Lions Gate Bridge is 60 km/h, dropping to 50 km/h as northbound drivers enter the bridge plaza area and off-ramps.

After review by the BC Superintendent of Motor Vehicles, the vehicle was ordered to be impounded for 60 days and a 16-month Prohibition from Driving was imposed.