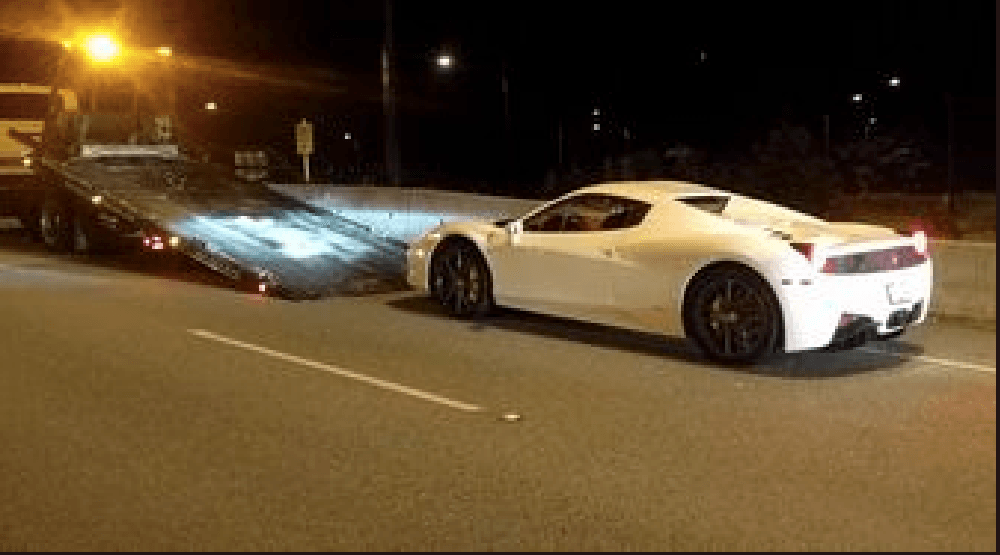 The driver of a Ferrari involved in a high speed incident on the Lions Gate Bridge on July 4 won’t get his keys back for almost a year-and-a-half.

Yesterday, a 16-month driving prohibition was levied against the vehicle’s driver by the BC Superintendent of Motor Vehicles.

The Driving Prohibition order follows an order on July 5, 2017 by the Superintendent of Motor Vehicles, extending the impound of the vehicle in this matter from seven days to 60 days.

The incident began when a West Vancouver police officer, who was conducting overnight traffic enforcement on the bridge, “stopped a driver after hearing a vehicle racing northbound at extremely high speed.”

The posted speed limit on the bridge is 60 km / hr.

The Superintendent of Motor Vehicle’s Driving Prohibition would be separate from penalties considered should the driver be convicted of Motor Vehicle Act charges to be forwarded by investigators.

The driver of the vehicle, a 22-year-old West Vancouver man, was served a Provincial Appearance Notice for a court date in September on Motor Vehicle Act charges of Excessive Speed and Driving Without Due Care & Attention.