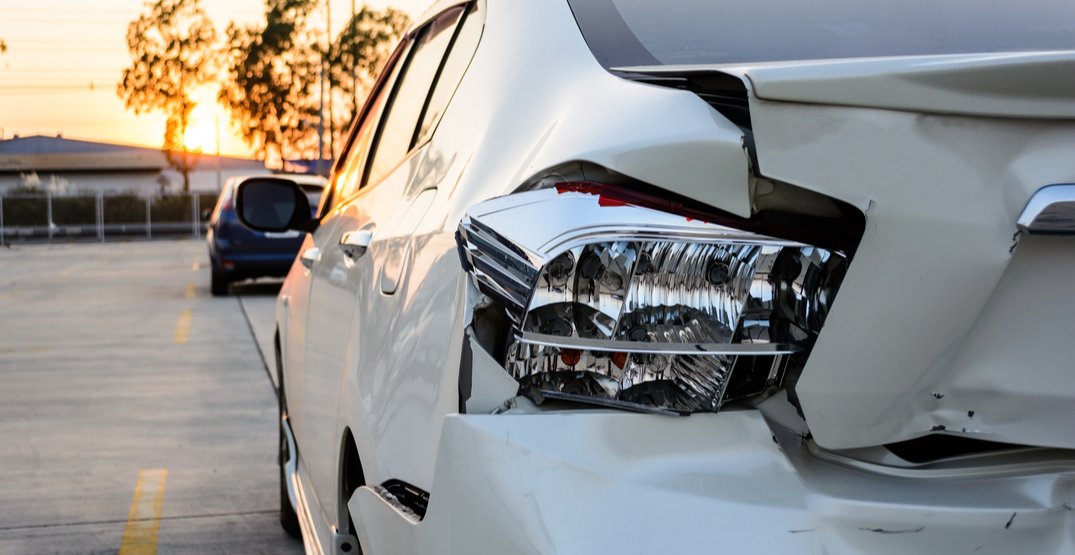 Expect minor collisions and smaller crashes to clear off the road faster, thanks to new changes taking effect today.

The provincial government has increased the threshold for writing mandatory reports when property-damage-only collisions (PDOs) occur.

PDOs include accidents like fender-benders and other incidents involving minor property damage.

Before the change, police officers who attended a PDO were required to complete a written report, based on whether the damage exceeded a certain financial amount — $1,000 for cars, $600 for motorcycles, and $100 for bikes.

The affected vehicle(s) could only be removed from the road once the report was done.

This new government mandate increases the damage threshold to $10,000, meaning that in many cases, minor accidents will clear faster and keep traffic moving.

“Having traffic back up because of a minor collision where nobody was hurt doesn’t help anyone,” says Mike Farnworth, Minister of Public Safety and Solicitor General. “Worse, it can lead frustrated drivers to take steps that are unsafe.”

Police will continue to attend PDOs at their discretion, however, especially if there’s any suspicion of impaired driving.

“Lifting the threshold for mandatory, written reports when officers do attend will help clear crash scenes much more quickly,” explains Chief Const. Neil Dubord. “In turn, it may lower risks for those working the scene and motorists alike.”

Lindsay Wilkins, Spokesperson at ICBC also explains that “it’ll reduce the time for ICBC as there will be fewer police reports to input.”

She was unable to comment on whether the changes could provide any financial benefit to the crown corporation.

The increased threshold is in effect as of Friday, March 8, 2019. Written reports will still be used if a crash results in death or injury.