Ever catch yourself involuntarily swooning “eeevvverrryyy rose has its thorn” whenever you put on that 80s-throwback playlist? Or what about that air-guitar you have on auto-pilot whenever you hear “Talk Dirty to Me”, “Look What the Cat Dragged In,” or “What I Like About You”?

If so, you should probably mark your calendar because Poison’s frontman Bret Michaels is coming to Vancouver this month.

The “hair metal” band, who had their heyday in the late 80s and early 90s, are renowned for their country and glam rock music. In fact, their pretty faces and enormous hairstyles meant it wasn’t unusual to mistake the rock group for a girl band. 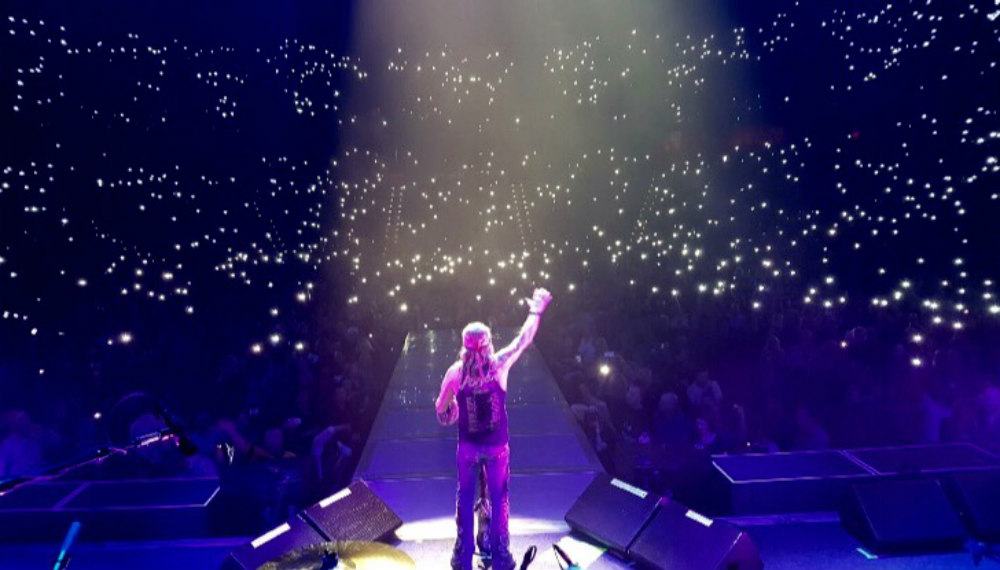 Today, frontman of the band, Bret Michaels, still has his luscious feminine locks, and most importantly, he’s still rocking out.

Although the days of Poison are officially over, Michaels’ solo career has taken off just as successfully. The country star’s album Custom Built topped Billboard’s Hard Rock list, and he has collaborated with the likes of Jimmy Buffett, Loretta Lynn, and Joe Perry on his album Jammin’ With Friends.

Not only is Michaels established as a musical celebrity, but he now also has his own TV show called Rock My RV with Bret Michaels, where he rock n’ rolls old beat-up RV’s. We wouldn’t mind rollin’ around in one of those. 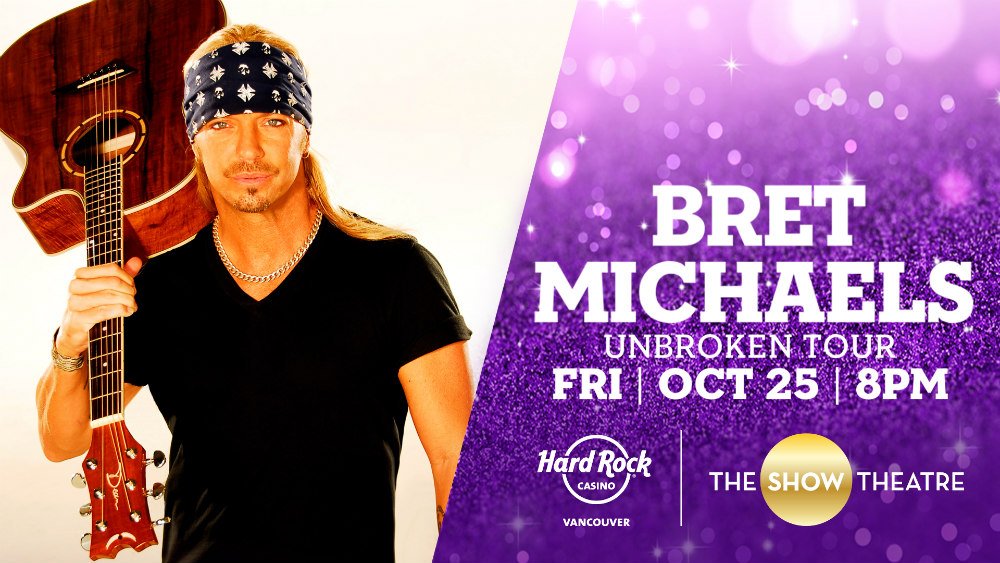 Catch Michaels in all his rocking glory at the Hard Rock Casino Vancouver (a pretty fitting choice of venue, if you ask us). Not only will you see him in the venue’s state-of-the-art theatre, but can make a glam night out of it at the casino — by trying your hand at a round of roulette or a turn at one of the 950 slot machines.

And as if that doesn’t already sound like a blast of a night, if you head to the venue’s THE BLOCK Gaming Lounge before the show, you can attend the casino’s Spooktacular Soiree. It’s on from 6pm to 8 pm, is free to attend, and you can even enter the free draw to win a brand new iPhone 11.

Don’t miss out on your tickets to Bret Michaels’ 18+ show at the Hard Rock Casino Vancouver. They’re on sale now starting at $69.50 via Ticketmaster.