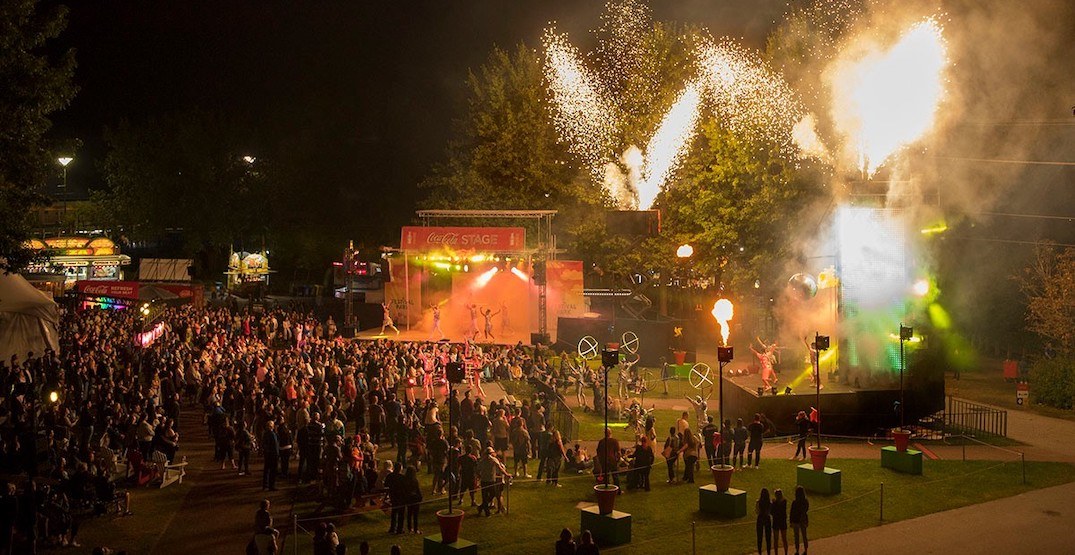 Last month, the provincial government announced a $50-million pool of funding to support struggling organizations that operate attractions across BC.

On the high end of the grant, major anchor attraction in urban centres that normally see 75,000 or more visitors annually are eligible to receive up to $1 million.

However, it turns out the Pacific National Exhibition (PNE) is ineligible to receive funding for the Fair portion of its business.

In a statement to Daily Hive, Shelley Frost, the president and CEO of the PNE, said they were told by the provincial government that their 15-day event was not long enough to meet the seasonality requirements of the program.

“The BC Anchor Attraction program excluded applications from ‘events and festivals’”. As a result, the PNE was not able to apply for support for the largest part of our business, the PNE Fair,” she said.

“During the program launch, the Premier said this program was designed to support organizations like the PNE, however we were disappointed that the most significant part of our business is not eligible.”

However, the PNE was able to submit an application to support Playland.

According to its annual report for 2019’s performance, the PNE saw $29 million in revenue from the Fair, with an attendance of nearly 732,000 people.

Comparatively, Playland generated $16 million during its normal operating season that year — not including the Fair and Fright Nights — with an attendance of 286,000. Fright Nights at Playland brought in another $4.4 million with 82,000 attendees.

In previous statements, Frost said the provincial government’s grant limit is available to far smaller organizations with significantly lower visitor and employment numbers than the PNE, suggesting that the proportionality of the emergency operating funding program is not balanced.

Moreover, the PNE says its specific request has been a one-time contribution of $8 million from the provincial government to ensure it can continue to deliver programming over the short- and long-term.

In response, tourism minister Melanie Mark claimed the program was never designed to support the PNE, but rather the overall tourism ecosystem across the province.

Mark also suggested the City of Vancouver, which owns the PNE and operates it as a not-for-profit organization, is not doing enough to support the attraction. The PNE was previously a BC crown corporation, up until 2003 when its ownership was transferred to the city.

“The City has a role to play, they have jurisdiction over the PNE,” said Mark.

The minister added that hundreds of grant applications were received by the June 7 deadline. The aim is to provide the successful applicants with their grant funding by next month.

Additionally, Mark said it is possible the PNE will qualify for the federal government’s new $400-million pool of grant funding for arts and cultural festivals across the country. This program was announced in the federal budget in April.

With the provincial government lifting health safety restrictions amidst high vaccination rates and falling coronavirus positive case numbers, the PNE reopened Playland with a limited capacity this past weekend, and it has restarted planning for a scaled-down Fair in August.