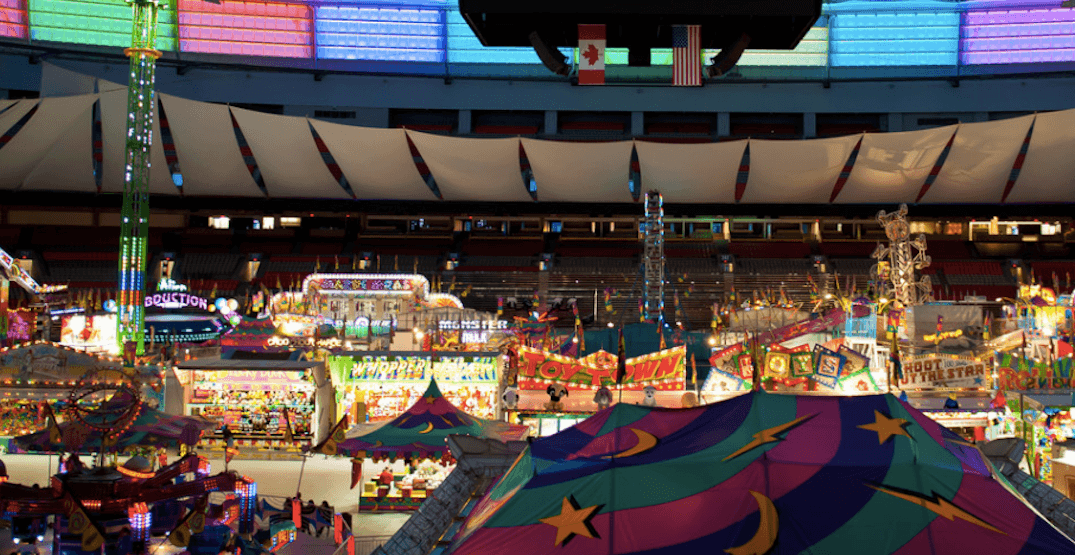 PlayDome, one of BC Place’s most popular springtime traditions, will not be returning this year.

The pop-up amusement park is held annually inside the stadium and is dubbed as being Western Canada’s largest indoor carnival. The event typically runs when elementary and high school students are on spring break.

This year, however, they’ll be taking a break due to a hefty number of sports bookings at BC Place during the month of March. In addition to the annual HSBC Canada Sevens, the stadium will be hosting Canada’s Men’s National Soccer Team, as well as two Vancouver Whitecaps matches.

“PlayDome is taking a year off in 2019 due to the busy calendar of major events scheduled at BC Place,” says Duncan Bloomfield, Manager of Marketing and Communications at BC Place.

“PlayDome is set to return to the stadium in 2020, schedule permitting,” he notes.

The carnival is usually open for at least a week, not including the additional days needed for set-up, testing, and takedown.