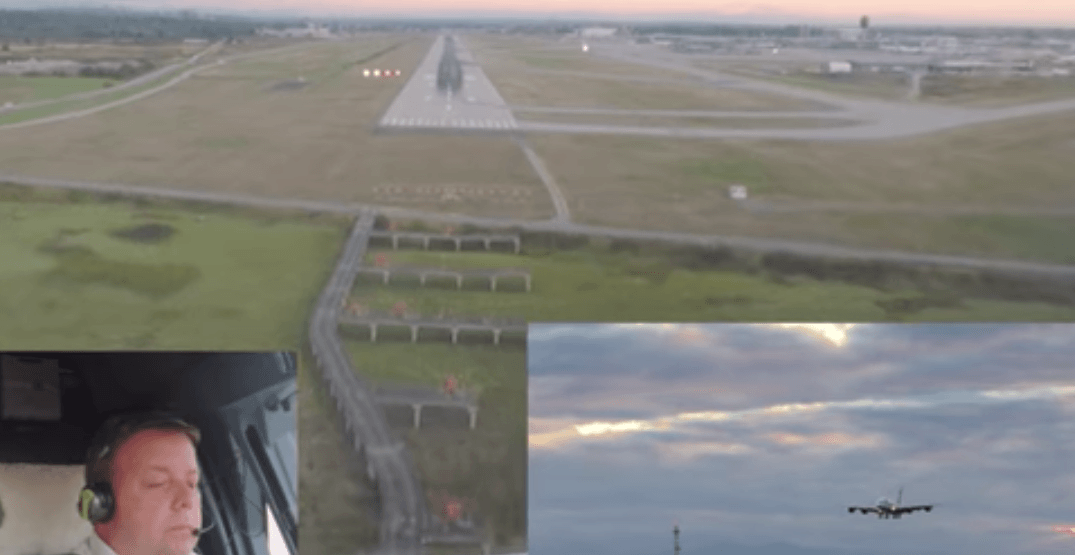 It was a textbook landing at Vancouver International Airport (YVR) and it was all caught on camera – from two different angles.

Dave Wallsworth, who goes by the moniker @CaptainDave on Twitter, has been known to share incredible birds-eye / cockpit video views of his plane touching down at various airports around the world – including YVR.

Now, in new video posted to Youtube this week by AirlinePilotVids, the almost three-and-a-half-minute video of the plane landing in Vancouver is cut with footage of the the same moment, taken on the ground by Kent Matthiessen. The video itself was shot in September 2017.

This isn’t Wallsworth’s first showcase of BC’s biggest airport either.

Last summer, the pilot shared a timelapse video of his plane approaching and landing at YVR from 39,000 feet.