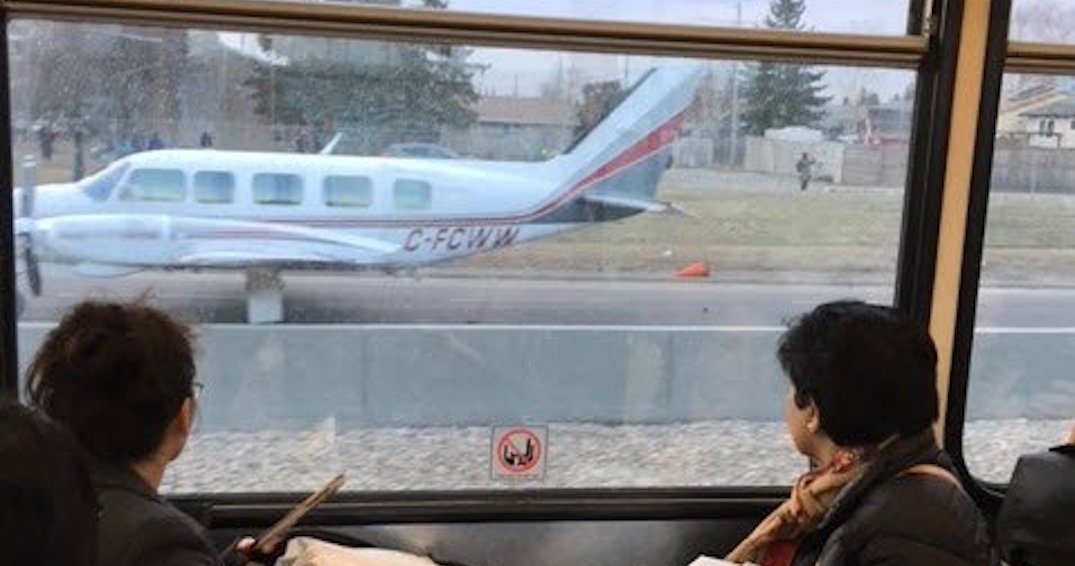 A small plane made an emergency landing on a road in Calgary.

According to Calgary police, just before 6 am on Wednesday, April 25, they received a report that a plane had made an emergency landing in the 1300 block of 36 Street NE.

They did not say how many people were on board at the time, and no injuries have been reported.

Police say that the road is expected to be closed for a number of hours and drivers are encouraged to find alternate routes.

The Transportation Safety Board of Canada has been called in to investigate.

TRAFFIC: Northbound 36th Street NE between 12th Avenue & 16th Avenue NE will be closed for several hours to facilitate the @TSBCanada investigation into a small plane that landed on the roadway.#yycTraffic

The plane was inbound to Calgary when engine trouble forced the pilot to land on 36th street N.E. pic.twitter.com/Nb19BMWJwA

@calgarytransit Airplane seen on 36 St NE. Why would anyone use a plane to commute to work when you could take Calgary Transit? pic.twitter.com/tVwPy6P6GK

My co-worker seen this on her way to work in Calgary this morning. A plane made an emergency landing on 36st NE during rush hour! He only took out 1 road sign. AMAZING!!! pic.twitter.com/s7LsKEdZUh