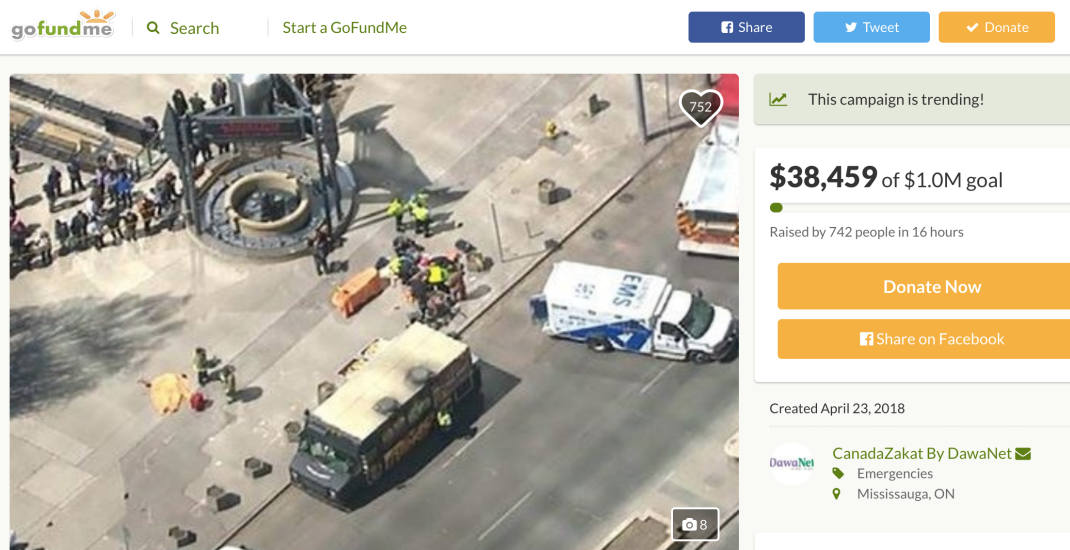 Toronto is rallying in the wake of the tragic van attack that left 10 dead and 15 injured in North York yesterday.

While the area remains blocked off due to the ongoing police investigation, the city has responded with curbside memorials and tributes in honour of the victims and their loved ones.

A crowdfunding campaign on GoFundMe set up by Canada Zakat (the organization which helped distribute over $800,000 for victims and families of last year’s mosque shooting in Quebec) has already raised $38,459 of its $1 million goal in its first 16 hours.

The aim is to raise funds for funeral expenses for the victims who lost their lives while the organization is also “exploring other ways of assisting those affected.”

“Our hearts go out to the families of the victims of today’s tragedy. You are in our thoughts and prayers!” reads the campaign page.