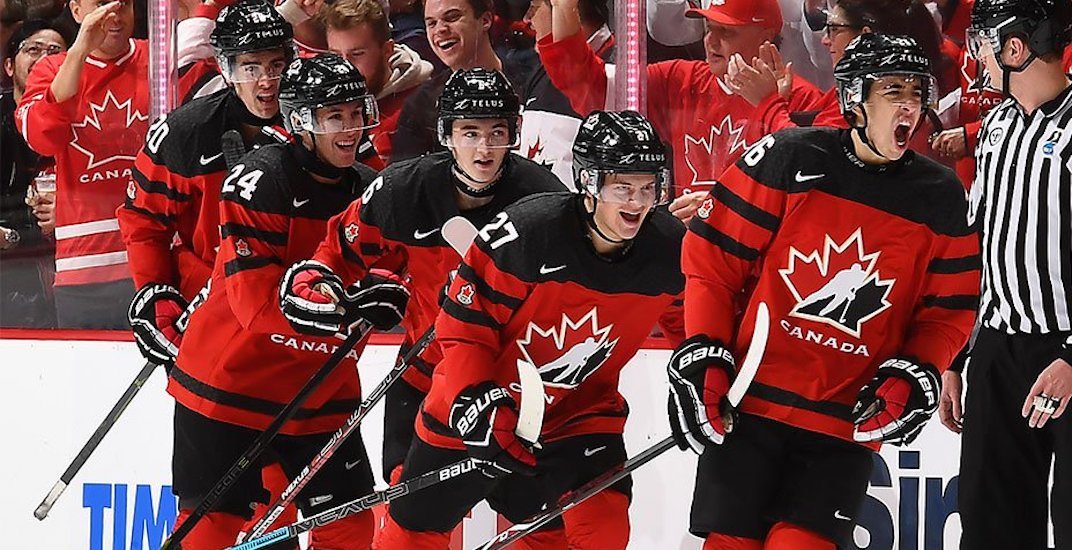 It was the moment all of Canada was waiting for.

After selecting “Hey Baby” by DJ Otzi as their goal song for last year’s tournament, the hopes of a nation were riding on this year’s choice.

All 10 teams get to pick their own unique goal song for the duration of the World Juniors, and last year’s choice was as unconventional as it was controversial.

It grew on some people, but the team promised a new track for this year’s tournament.

It took less than five minutes for the team to unveil this year’s song, after Team Canada winger Morgan frost opened the scoring.

The choice? “Don’t stop the party” by Pitbull.

The reviews were mixed…

Canada's goal song is better than the one it used last year, but that doesn't mean it was a good choice. Don't Stop The Party – Pitbull.

Pitbull is Canada’s goal song this year. I hope they finish 8th

Team Canada certainly kept the party going against Denmark in their opening game of the tournament, winning 14-0.

So Canada picked Pitbull as their goal song eh, well this is the only time I’ll say I hope to hear a lot of Pitbull over the next 2 weeks #WJC2019

Did I hear right? Is that @pitbull "can't stop the party"? Is that the goal song? Crowd is loud lol #canada #worldjuniors2019

Canada using Pitbull as their goal song. 2019 already getting off to a poor start.

Downfall to @HC_WJC scoring a goal at the #WorldJuniors ….Pitbull as the goal song 😫💩

Pitbull as the goal song. Could be worse… pic.twitter.com/axE6pDVQ7g

The number of people acting like using a Pitbull song as the Canada goal song is some kind of personal attack make this entire troll worthwhile.

Canada’s second game is on Thursday against Switzerland at 5 pm PT / 8 pm ET. Good luck getting “Don’t stop the party” out of your head before then.