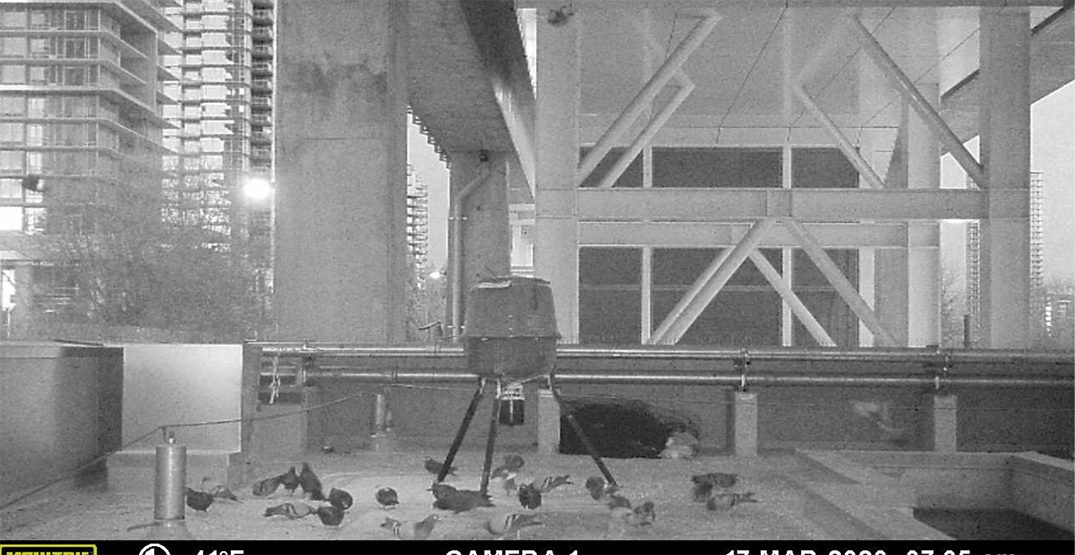 A pilot study to see if feeding pigeons birth control can lower their numbers at Vancouver’s SkyTrain stations has expanded to include eight stations in the region.

The program works by installing a feeder and a camera on TransLink property at stations where there’s a pigeon problem. The feed contains OvoControl, a product that interferes with birds’ eggs’ ability to hatch.

As the birds who call the stations home die of natural causes, researchers and TransLink staff hope there won’t be as many young birds to take their place, and pigeon numbers will decrease over time.

“We think TransLink can be a real leader in humane wildlife control,” Sara Dubois, the BC SPCA’s chief scientific officer, told Daily Hive in a phone interview.

“We’re trying to manage them in a way that’s safe for them and for trains.” 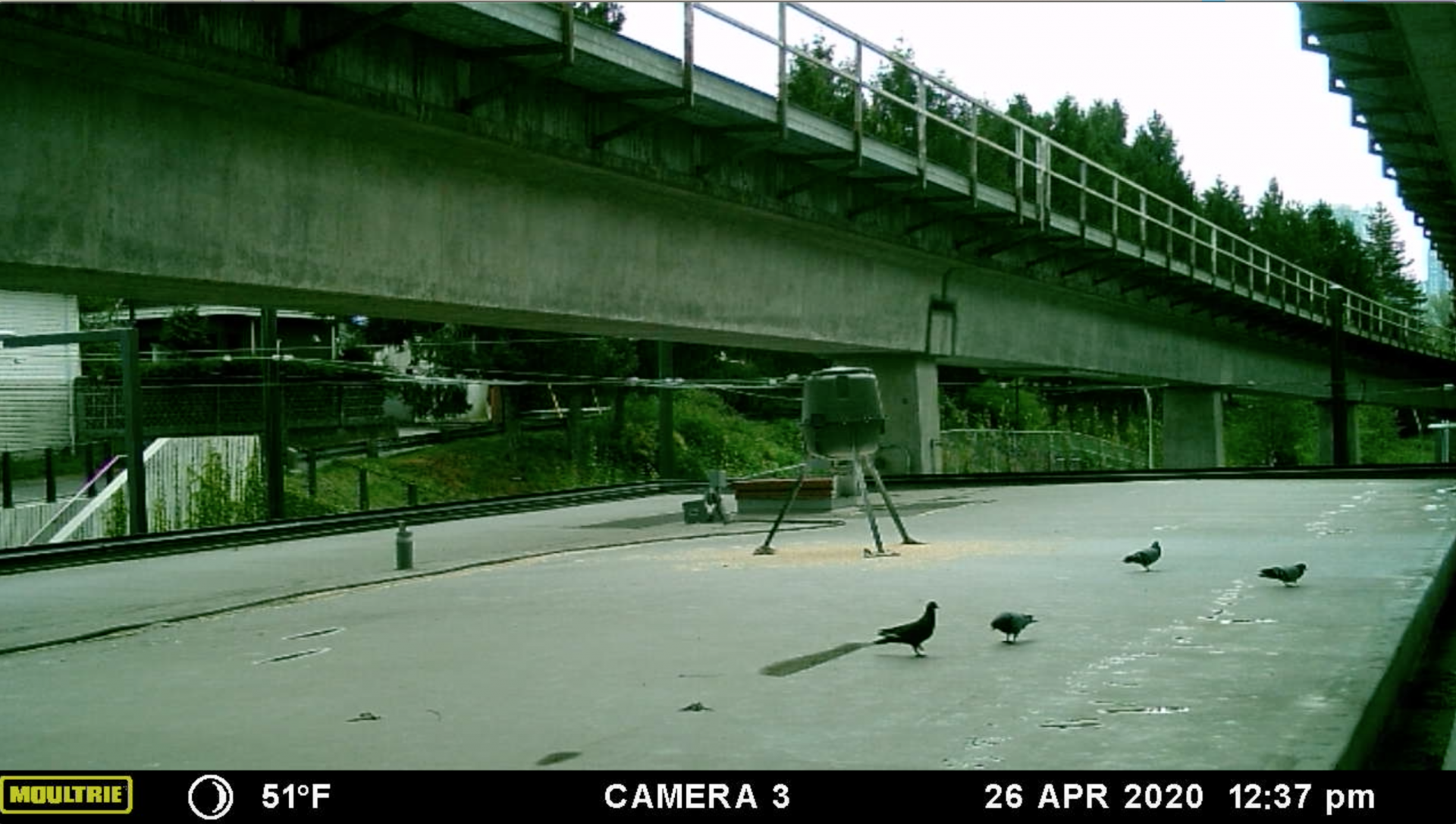 A bird feeder at one of the SkyTrain stations. (Sara Dubois/ BC SPCA)

Dubois and the UBC graduate students she’s working with installed the first feeder in January 2019.

Now, the program has been expanded to include eight stations for the study. Four stations feed birds OvoControl, and the other four contain regular food. Over time, the researchers will see whether the birth control significantly reduces pigeon flocks at stations.

It’s still possible for new birds to travel to the stations, Dubois said. But if they stay and eat the birth control consistently, their reproductive abilities will soon be curbed as well.

Pigeons have long caused problems for the transit authority, because their presence on tracks can stop trains and delay customers. Staff also have to spend time cleaning up their excrement from platforms.

Dubois recounted one incident where a pigeon nest caught on fire and service on the Expo Line had to be stopped for several hours.

Previously, TransLink has installed spikes and netting to keep pigeons out, but those methods haven’t been effective. Dubois doesn’t want to see the birds killed, and sees using birth control as an effective way to keep pigeons safe and trains moving.

TransLink and the BC SPCA aren’t revealing which stations have the birth control feeders so that the equipment doesn’t get vandalized. Dubois said that earlier this year they already had one camera and feeder go missing.

If the birth control proves effective, Dubois says it could be a relatively cheap way to reduce the number of birds causing SkyTrain problems.

“It’s really inexpensive compared to the cost of maintenance, cleaning, and trains being down,” she said.