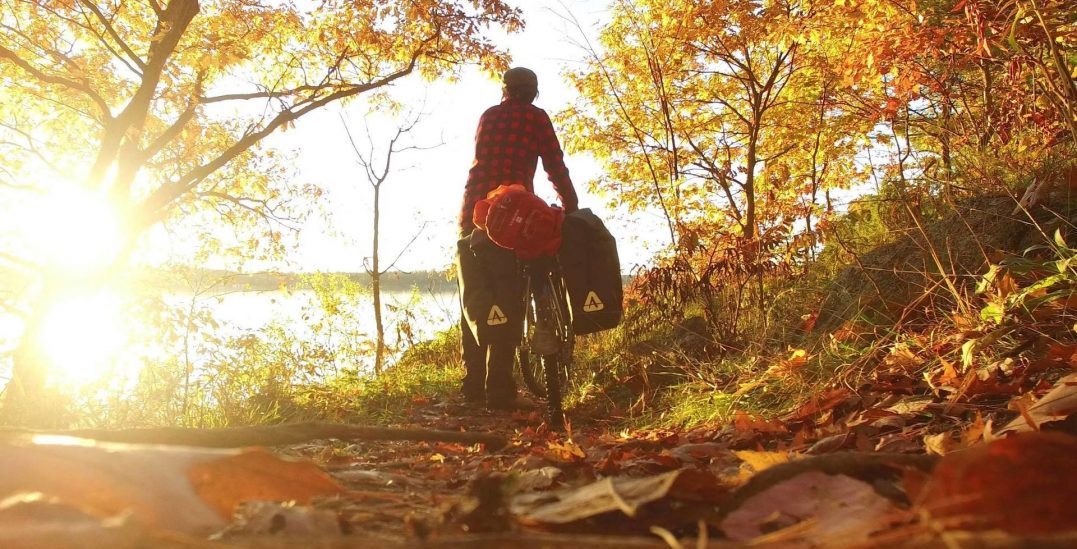 Dianne Whelan was just days into an epic, 24,000-kilometre trek across Canada when she had her first big “aha” moment.

As an adventure filmmaker based on British Columbia’s Sunshine Coast, Whelan, 54, was no stranger to tough assignments, with previous documentary projects taking her up Mount Everest and to the Arctic Circle.

It was in that same spirit she decided to tackle the world’s longest trail — her wits, a willingness to learn, and a cell phone connected to the TELUS wireless network her sole companions as she set out to hike, bike, snowshoe, and canoe through more than 15,000 communities and some of the country’s toughest and least-travelled wilderness. 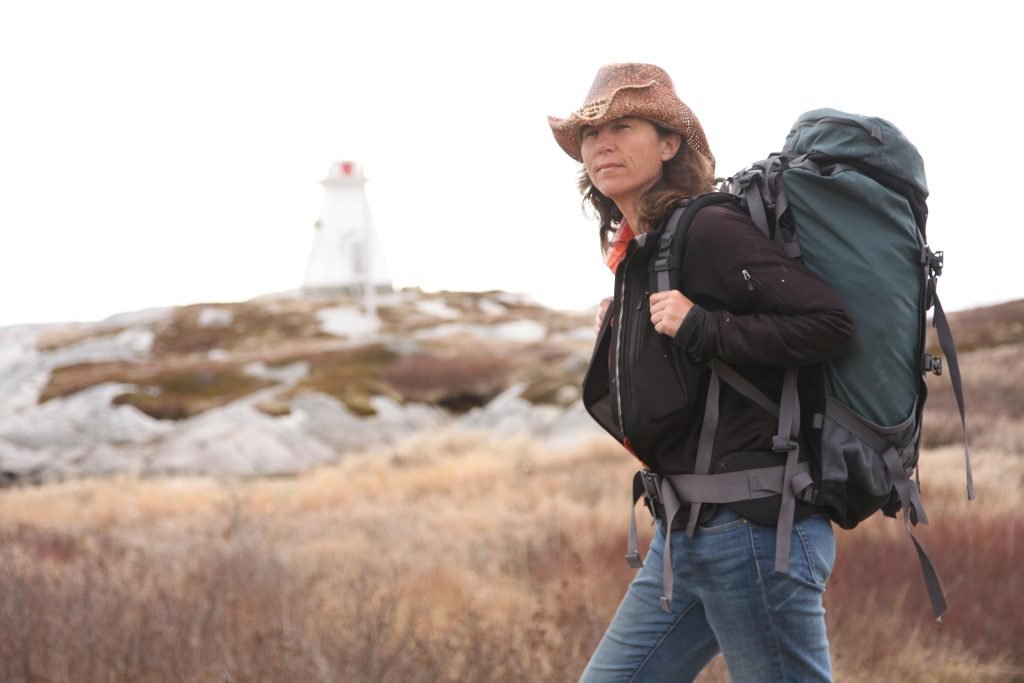 She took her first step on The Great Trail, formerly known as the Trans Canada Trail, on July 1, 2014, confident she would finish the journey in two years. That goal, in turn, inspired the title of the book and film she will create from the experience — 500 Days in the Wild.

She hadn’t counted on nature having its own say in her well-laid plans.

By Day 3 she had already fallen behind in her daily mileage. By Day 11, she counted 37 bruises on her torso and legs, and her body ached so much that she was barely able to crawl out of her tent in the morning.

It was decision time: either give in to the rhythm of the natural world or give up and go home. 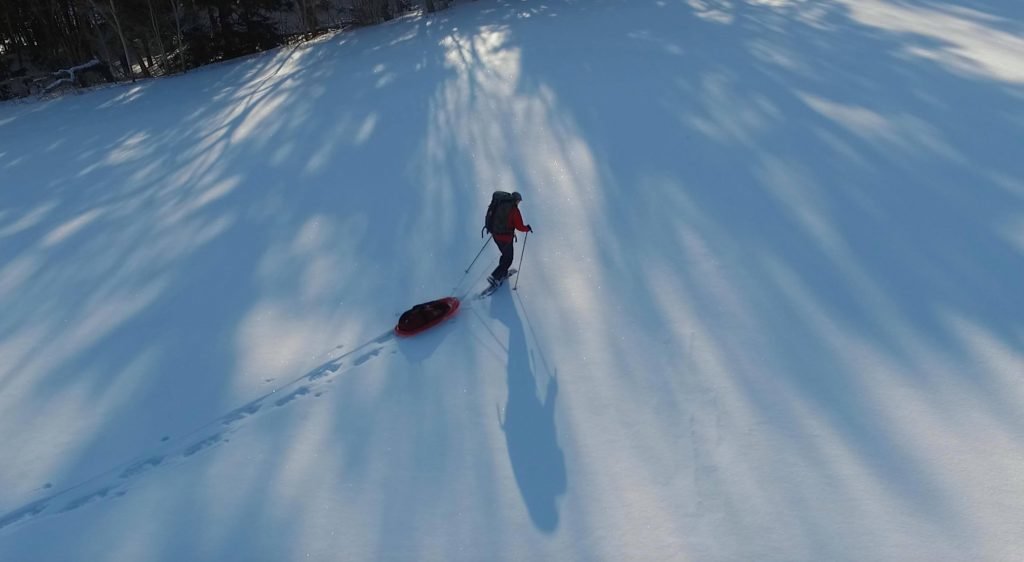 Four years on, that lesson continues to guide Whelan’s journey, which has, so far, taken her from Newfoundland to the Northwest Territories — through heavy snowfalls, treacherous ice break-ups, smoky wildfires, white-capped water, and, in September, a frightening standoff with an aggressive black bear. The bear eventually backed down after several warning shots were fired.

Over the next year, give or take, she’ll tackle the final 6,000 km through Nunavut, the Yukon, and, eventually, south to Victoria, BC, her final official destination, which she expects to reach sometime in 2020.

TELUS continues to be with her every step of the way. With near-ubiquitous 4G LTE coverage available to 99.2% of the population from coast to coast to coast, the network has been a literal life-line to Whelan, keeping her connected to friends and family from remote sites along the trail.

From her canoe, about 300 kilometres from Tuktoyaktuk in the Canadian Arctic, she was recently able to FaceTime with her mother on her 78th birthday.

She also relies on the network for business — posting and editing photos and videos documenting her incredible journey to Instagram, Facebook, and Twitter, and invoicing film clients around the world to keep her company operating during the trek. A travel-ready solar panel allows her to efficiently charge four power banks, which, in turn, keep her smartphone juiced up wherever she may be. 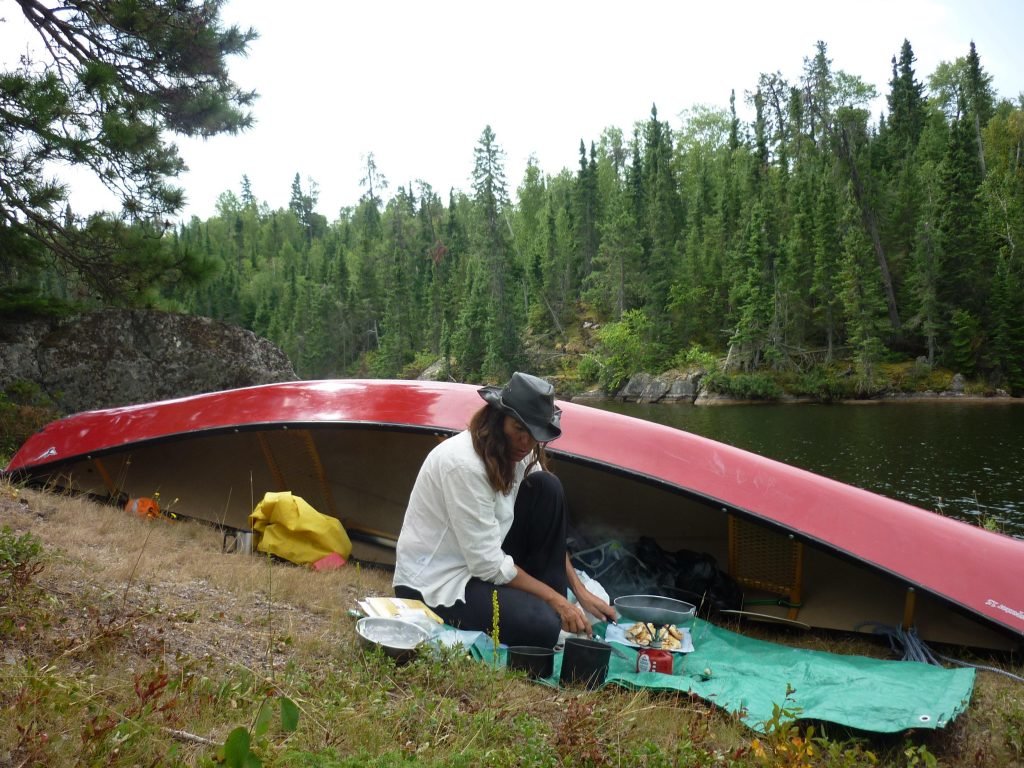 “I am basically running my life off of this phone,” Whelan says of the importance of the digital connection.

Critically, the network, along with satellite connection, has helped Whelan to stay safely on course through an app that plots the user’s position in real-time. That’s become invaluable as she travels deeper into areas that haven’t been accessed by people in years, or, as she did recently, finds herself locked in a thick, icy fog on the unforgiving Mackenzie River.

“Out here I have paper maps and I have the wisdom of every local person I can talk to,” says Whelan. “But there are times when I am literally cutting the trail and I rely on my phone to monitor the app and make sure that my little blue dot is staying close to the green line (marking the trail).” 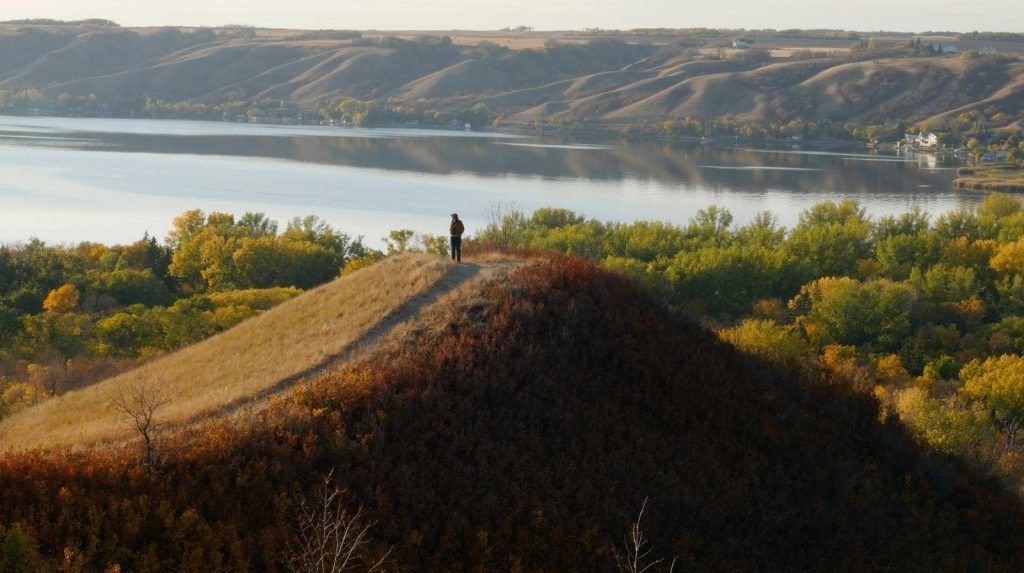 As her trek now moves into its fifth year, it hasn’t gotten easier. But Whelan is wiser.

When she left Newfoundland, she was determined to travel on her own, with the help of filmmaker and friend Ann Verrall. These days, she has changed that vision. For the past several months, she’s been joined by her girlfriend, Louisa Robinson.

Together, the pair has paddled 3,500 km across the Great Slave Lake, Mackenzie River, and other bodies of water to Tuktoyaktuk. Friends and strangers have also joined her along various stretches of the trek, keeping her company and helping to ease some of the physical challenges of the journey.

“My friend Jenica Vanelli has come out twice now for two two-week stints. A Cree woman I met named Wanda Whiskeyjack spent 10 days with me. Some people have driven vehicles through bad winter weather, moving my heaviest gear forward to the next camp, checking up on me, offering me warm food and a place to stay,” says Whelan.

Whelan acknowledges that the long periods of solitude that marked the early part of the journey were incredibly rewarding, noting, “I have found a sense of groundedness in myself. It’s a different type of confidence that I have never gotten through a career achievement. Solitude can reveal what a mirror cannot.” 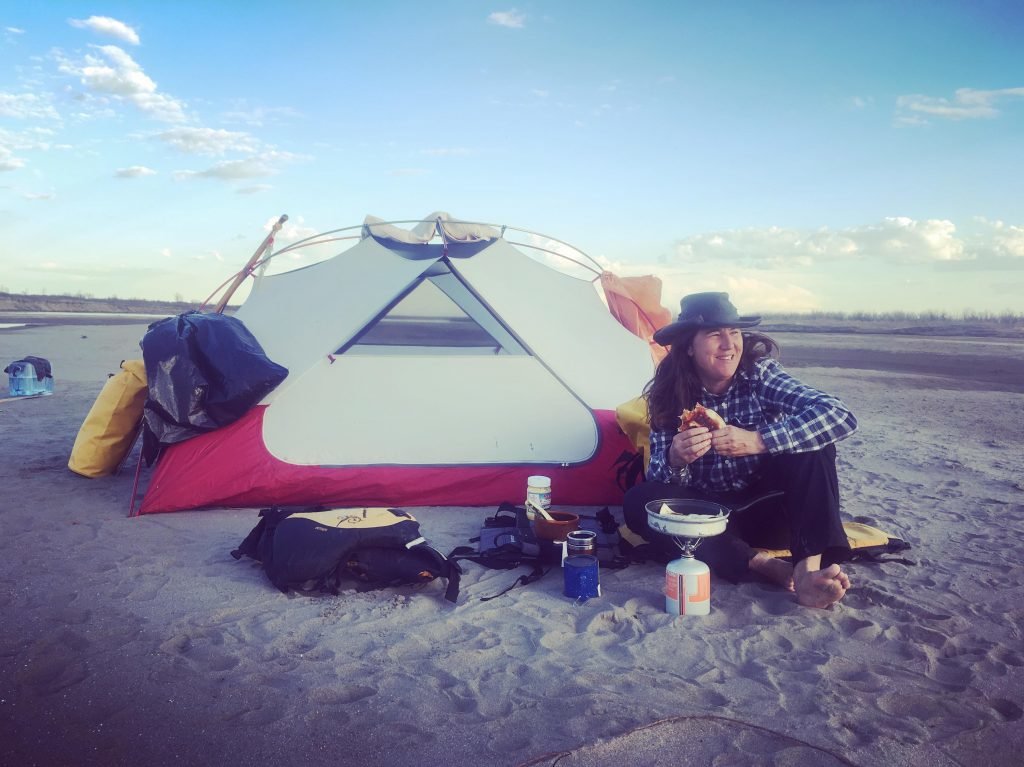 But finding true connection has been another profound life lesson.

“I see now how much we need each other and the healing that comes from understanding each other, from kinship and community,” she says.

These days, Whelan strives to stay focused on the intense beauty she daily encounters, rather than look to what’s ahead. The finish line is in sight, but the time it takes to get there is not the yardstick by which she measures the experience. It’s the people she meets, the stories they share, an outline of wolf paw prints in the sand, and the eagle feather reading the wind at the front of her canoe.

The artist in her is eager to share the journey in film and print. But the adventurer is content to be exactly where she is, grateful for every minute on the trail.

“When you are in nature everything is hard — the wind, the waves, the rocks,” says Whelan. “But then there are moments of stillness and you just have to surrender to being fully present. I have become addicted to this.”