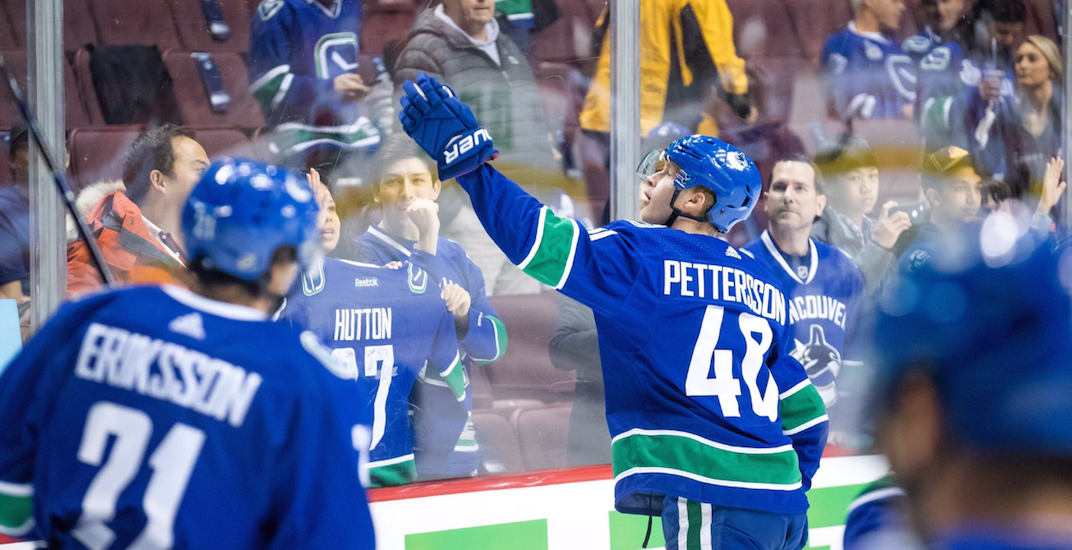 Following the best start to a career in Canucks history, Elias Pettersson has been named the NHL’s Rookie of the Month for October.

Pettersson was the clear choice for the honour, despite missing six games with a concussion. 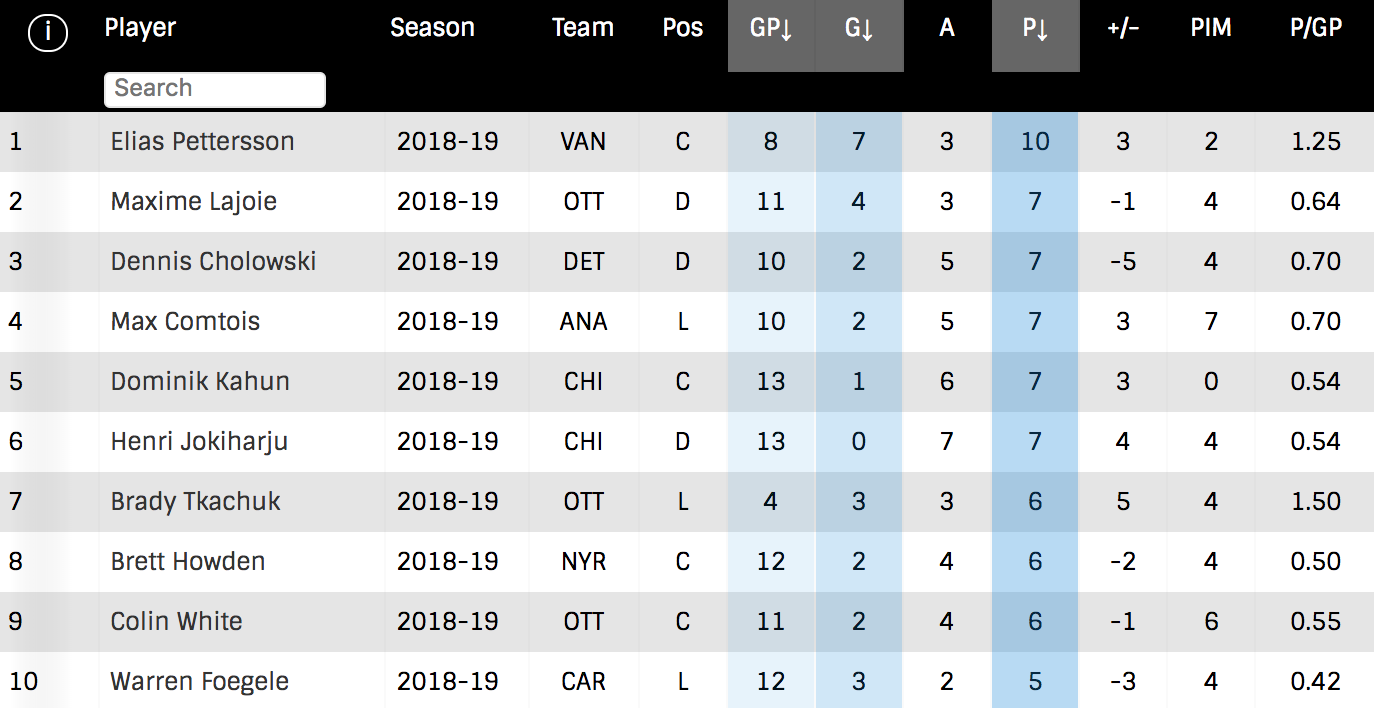 Pettersson follows in the footsteps of teammate Brock Boeser, who won back-to-back Rookie of the Month honours in November and December last season. He’s just the second Canuck to ever be given this honour for the opening month of the season, with Peter Schaefer in 1999 being the other.

The 6-foot-2, 176-pound centre has been the Canucks’ best player, registering a goal in five of his eight games. His ice time has ballooned since opening night, when he played just 9:46. In Wednesday’s win over the Chicago Blackhawks, he played a season-high 20:20.

Pettersson had a five-game career-opening point streak, becoming the second player in franchise history (Don Tannahill in 1972 was the other), to achieve the feat. The youngster also scored seven goals in his first seven games, making him just the eighth player in the modern NHL era to do it.