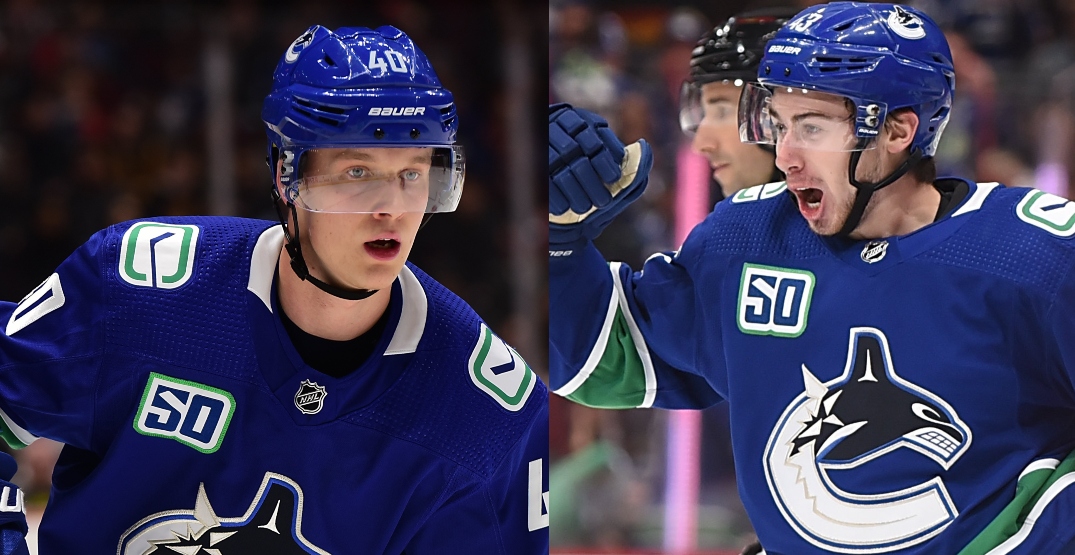 We have a deal.

The Vancouver Canucks have locked up both of their star restricted free agents, agreeing to terms with Elias Pettersson and Quinn Hughes according to Sportsnet’s Elliotte Friedman, as well as Pierre LeBrun and Darren Dreger from TSN.

As per myself and @DarrenDreger, the Canucks have agreed to terms and AAV on Pettersson and Hughes. But deals still to be finalized.
Here are the deals, per sources:

Pettersson and Hughes, who have been working out together with the University of Michigan hockey team, will arrive in Vancouver tomorrow according to CHEK’s Rick Dhaliwal.

The Canucks play their third preseason game tonight in Calgary. Vancouver’s first preseason game at Rogers Arena is set for Sunday against the Winnipeg Jets.