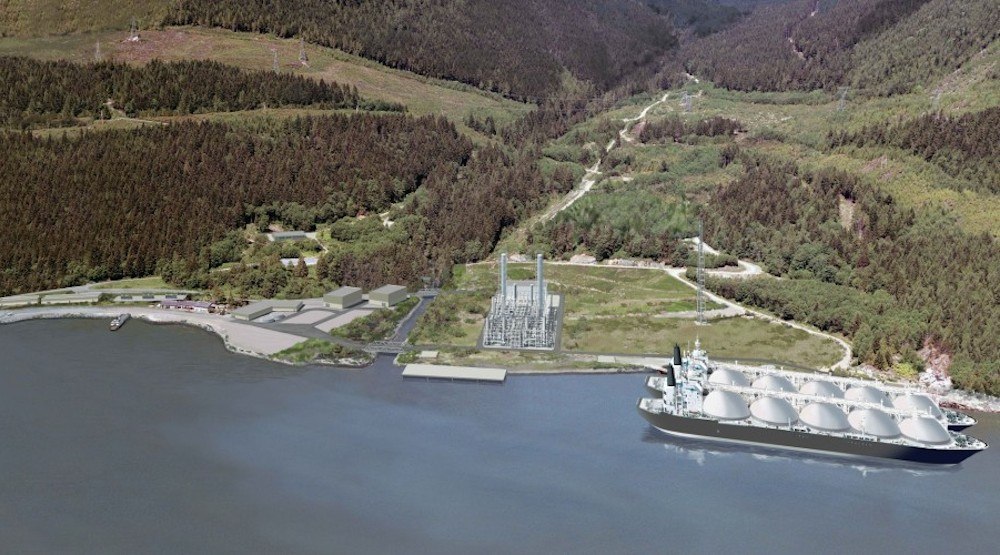 Construction on the $1.6-billion Woodfibre LNG export plant in Howe Sound is expected to begin sometime next year for a completion in 2020.

The LNG export facility is slated to be built on the historical industrial site of Woodfibre, about seven kilometres southwest of Squamish. The footprint of the old pulp mill will be remediated into green space and a LNG facility with an export terminal.

When operational, the facility will be powered by B.C. Hydro’s electric grid instead of natural gas and produce 2.1 million tonnes of LNG per year, which will be transported to markets by three to four LNG carrier vessels each month.

“At Woodfibre LNG Limited, building a project that is right for Squamish and right for BC is our priority, which is why we made the decision to use electricity to power our facility, instead of natural gas, following community concerns over air quality,” said Byng Giraud, Country Manager and Vice President of Corporate Affairs of Woodfibre LNG Limited, in a statement.

“The Province’s decision to offer a competitive electricity rate for proponents that choose eDrive technology allowed this ‘go forward’ decision to happen.”

A pipeline and electricity transmission line already serve the site, which means minimal upgrades to infrastructure are required. In turn, proponents say there is a relatively low environmental impact to turn the site into a LNG facility.

It is anticipated that the project will create 650 jobs during construction and 100 operational jobs during its 25-year lifespan.

“This marks the beginning of a tremendous opportunity for British Columbia to play a significant role in the global fight against climate change, using the world’s cleanest LNG to help countries transition away from coal and oil,” said Premier Christy Clark. “At home, this project will create hundreds of jobs for First Nations and all British Columbians.”

The project received its environmental approval from the federal government earlier this spring.

In September, the largest of the LNG projects planned for BC, Petronas’ Pacific Northwest LNG project, also received federal approval. Its annual output will be nearly 20 times larger than the Woodfibre LNG plant.