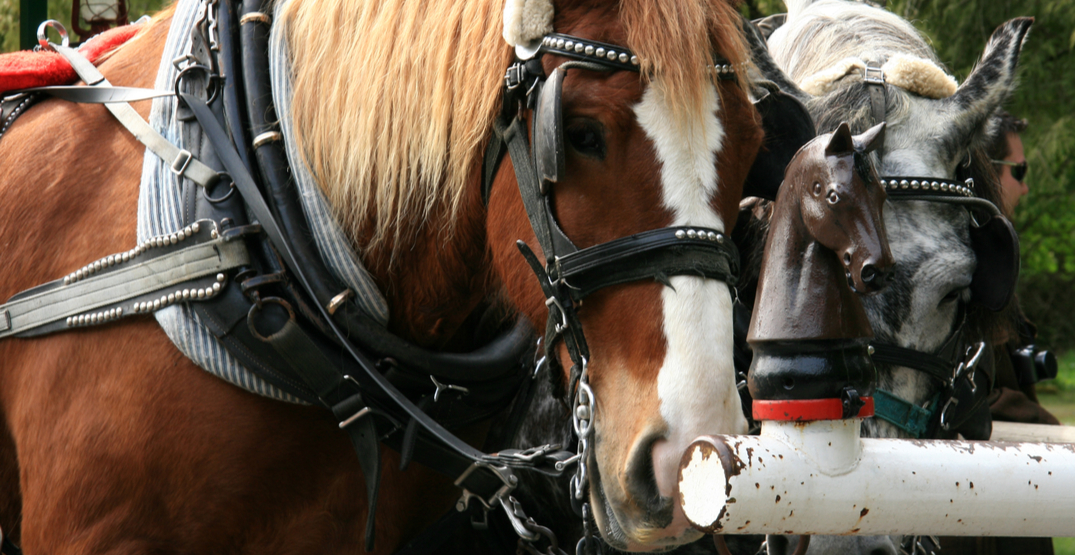 Citing animal welfare and safety concerns, animal rights activists in Vancouver are calling for an end to the horse-drawn trolley in Stanley Park, and have launched a petition to try and make it happen.

The petition, created by the Vancouver Humane Society (VHS) states that “being surrounded by motor vehicle traffic forces horses to inhale toxic exhaust and causes them mental distress, which can make the animals unpredictable and potentially dangerous to park pedestrians, cyclists, and motor vehicles.”

The VHS also shares concerns “about traffic being slowed in the lane currently allocated to motor vehicles, leading to motorists unsafely passing the tram in the lane allocated to cyclists.”

Beyond just the petition though, the VHS and UBC Animal Justice have sent a letter to Park Board Commissioners calling on them to end the horse-drawn tram in Stanley Park and put the safety of the horses, cyclists, and motorists first.

“We recognize that the current traffic configuration in the park is temporary and that the Park Board is considering ways to ensure maximum accessibility for all park users,” the letter reads. “The presence of the horse-drawn tram is a clear obstacle to achieving that goal, as it adds an unnecessary complication to an already complex situation. It is difficult enough for the park to accommodate two competing forms of 21st century traffic (cars and bicycles) without a 19th century mode of transportation being thrown into the equation.”

And while the groups recognize that “the tram is a draw for tourists but alternative vehicles, such as pedal-driven rickshaws, could serve this purpose and safely share the lane allocated to cycle traffic.”

The group adds “many cities, including Montreal, have banned such vehicles. It’s time for Vancouver to do the same.