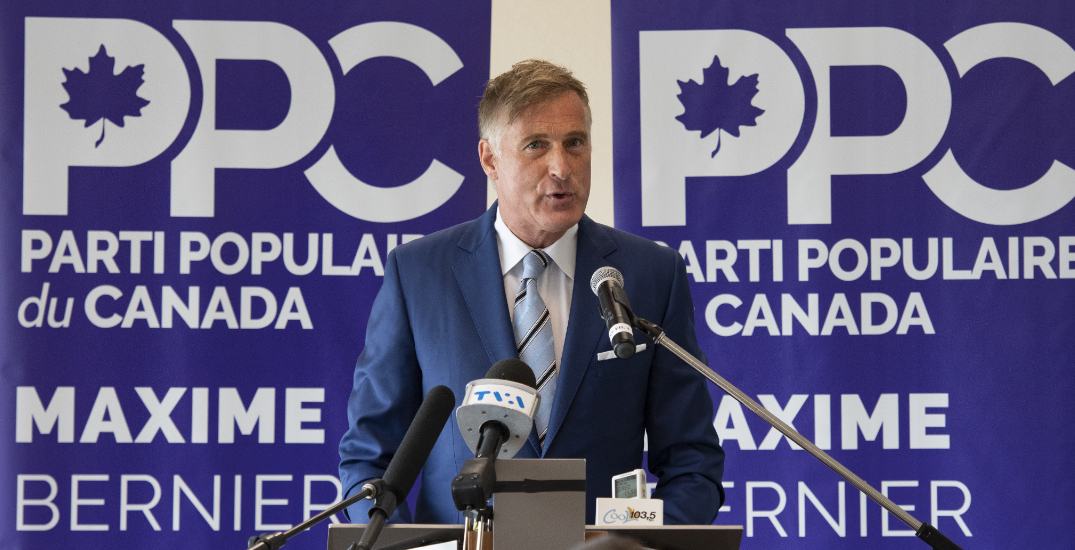 Neither People’s Party of Canada Leader Maxime Bernier nor the head of a party advocating for the western provinces to separate from the rest of Canada will be participating in leaders debates during the current federal election campaign.

A news release today from the Leaders’ Debates Commission says invitations have gone out to the leaders of five main federal parties: the Liberals, the Conservatives, the New Democratic Party, the Bloc Quebecois, and the Green Party.

The release says neither the People’s Party of Canada nor the Maverick Party, formerly known as Wexit Canada, met the criteria for an invitation.

Parties had to have at least one representative elected to Parliament, or have won at least four per cent of the vote in the last federal election.

Alternatively, a leader would have been invited if polls showed their party was backed by at least four per cent of voters five days after the election was called.

The release says polls show an average of 3.2% support for the People’s Party and 0.7% for the Maverick Party.

The French and English-language leaders debates are scheduled to take place at the Canadian Museum of History in Gatineau, Quebec on September 8 and September 9, respectively.