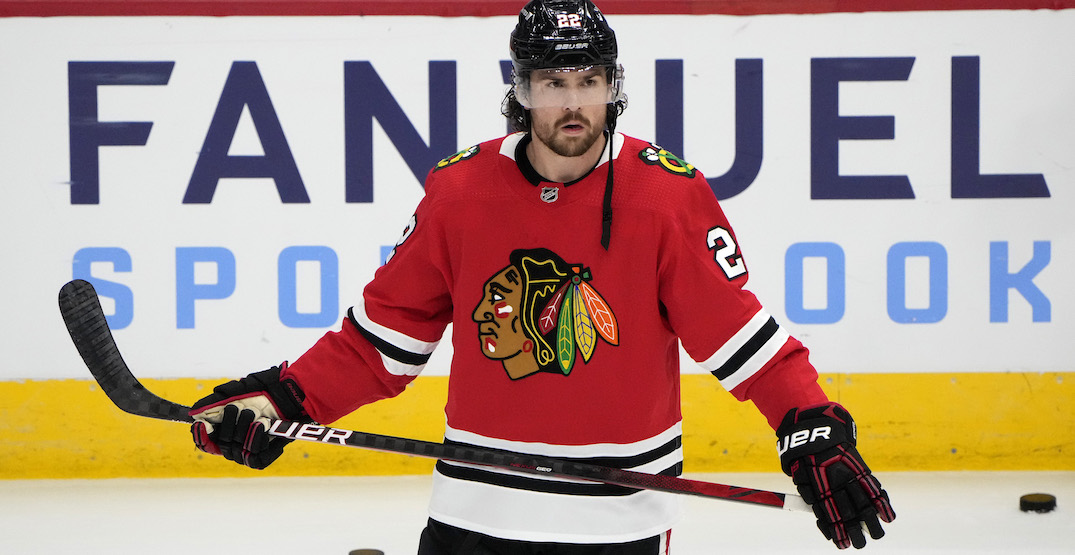 The Vancouver Canucks might not be a good hockey team, but they’d look a bit more competent if they could kill a penalty.

Currently, the Canucks have the worst penalty kill in the NHL at 60.3%. It’s beginning to border on being historically bad, with the record for futility being set by the Los Angeles Kings in 1979-80 at 68.2%.

Over the team’s last 10 games, they’ve barely killed off more than half of their penalties, with an efficiency of 52.5%.

We recently did a deep dive on the PK to see who are the main culprits behind the struggles. Today, let’s look at some decent penalty killers around the NHL who the Canucks could consider acquiring via trade.

The lone winger on the list, Ondrej Kase was someone that the Canucks would have been smart to target in free agency last summer.

After two injury-riddled seasons, Kase signed a one-year deal worth $1.25 million per season with the Toronto Maple Leafs.

So far, he’s been extremely effective on the penalty kill, with a shorthanded Corsi-for nearing 50%.

Kase’s strong performance in a depth role demonstrates why you shouldn’t overpay for players like Tanner Pearson. The two players have the same number of points on the season, with Kase boasting better effectiveness both defensively and on the penalty kill.

Another player who was available on this cheap this offseason, Derek Stepan is a veteran centreman who has slotted into a fourth-line, penalty-killing role for the Carolina Hurricanes.

The rest of the forwards listed here are right-shot centres, something the Canucks desperately need. Stepan isn’t the Canes’ most prolific penalty killer but he is a veteran who shouldn’t cost much more than a mid-round pick to acquire.

The Nashville Predators are in that Minnesota Wild zone of being a middling hockey club with shaky long-term prospects.

If they do decide to start trading away assets, Colton Sissons could be one player they might consider dealing.

The 28-year-old doesn’t provide much offence, but he’s a solid penalty killer and a reliable faceoff man. He does have five years remaining on a contract that pays him $2.857 million per season. Acquiring him would be a long-term play.

Not much has gone right for the Chicago Blackhawks this season, but their penalty kill has been a bright spot, ranking eighth overall in the NHL at 86%.

Ryan Carpenter has aided their success. He’s the team’s top penalty-killing forward, and his 4.63 expected goals against while shorthanded is best among the Blackhawks’ regular PK forwards.

The former 12th overall pick from the 2016 draft hasn’t lived up to his offensive potential, but he has developed into a reliable two-way centreman for the New Jersey Devils.

His underlying metrics on the PK are solid (3.56 xGA/60), suggesting that he’s been unlucky so far this season to be on the ice for 11.81 GA/60 while shorthanded.

The 23-year-old is a young, reliable centre in the NHL, so acquiring him wouldn’t be easy. However, he could be traded if he was part of a larger package.

If trading for McLeod is on the Canucks radar, one player they could target in a return is P.K. Subban.

The 32-year-old is an average NHL defenceman at best, but one area where statistically he’s remained consistent is on the penalty kill.

Trading for a player with a $9 million contract wouldn’t be easy, but perhaps it’s a chance for the Canucks to offload someone like Oliver Ekman-Larsson or Tyler Myers, who have high cap hits but are still reliable NHLers.

Subban and McLeod are difficult players to acquire, but someone who might be an easier target is Swiss defenceman Jonas Siegenthaler.

The 24-year-old left-shot defenceman is right up there with Subban and McLeod in terms of Devils penalty killers who are team leaders’ for scoring chances against while shorthanded.

Radko Gudas has a reputation for being one of the toughest customers in the NHL. What doesn’t get as much attention is the fact that the 31-year-old defenceman been an extremely reliable penalty killer.

His 5.79 xGA/60 is best among all regular penalty killers with the Panthers. That number is right in line with his career norm of 5.56 xGA/60 at four-on-five.