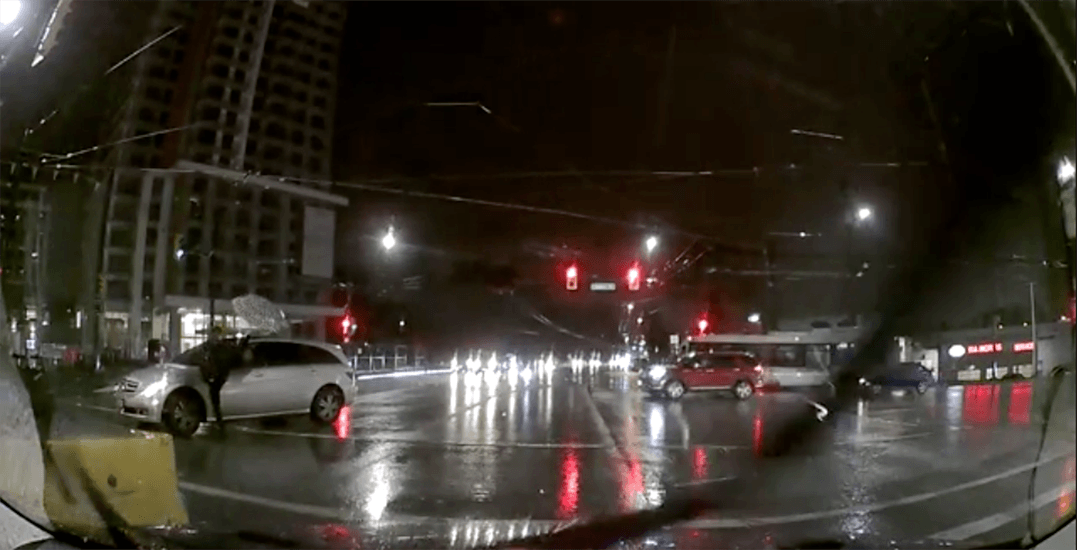 A near collision between a Vancouver driver and a pedestrian was recently caught on a dashcam.

And in almost typical Vancouver fashion, the confrontation ended with the driver’s side view mirror being kicked off.

The short clip, which took place on January 17 at SW Marine Drive and Yukon Street, was uploaded and shared online by the Reddit user SlumbleBump.

As the car recording the dashcam footage nears the intersection, the white crossing symbol can be seen on the right-side traffic light, indicating that the pedestrian had right of way.

A white SUV, however, attempts to make a left turn, just barely avoiding the pedestrian in the process.

And in one quick motion, the pedestrian kicks off the car’s driver side mirror, before continuing to cross the street.

During times of poor weather and less-than-ideal visibility, it’s always best to double check that there are never any pedestrians on the streets — whether they have right of way or not.

Fortunately, it looks like the pedestrian left the scene without any serious injuries.

Too bad the same can’t be said for the driver’s car.