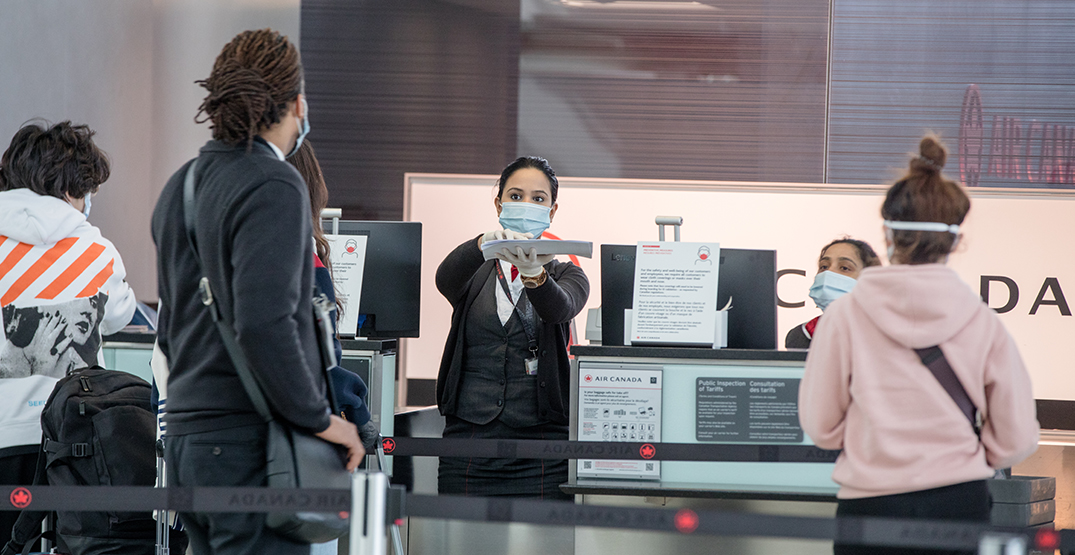 Toronto Pearson, Air Canada and WestJet are calling on the federal government to remove mandatory PCR tests for international arrivals at airports.

The organizations are urging the government to shift PCR testing from airports to communities in need, according to a news release on Monday.

“As the government has ramped up testing at airports for international arrivals, we have seen frontline workers struggle to get PCR tests and lab processing capacity decrease significantly,” reads the statement.

Pearson, @AirCanada and @WestJet are calling on the Government of Canada and the Government of Ontario to implement changes to arrivals testing processes to help ensure scarce PCR tests are used where they’re needed most. Read the open letter: https://t.co/5qzxpSIljy

“As it spreads throughout our communities, we need to ensure Canada’s limited testing resources are being used where Canadians need them most—to support our communities, schools, hospitals and long-term care homes.”

As of December, all international travellers may be randomly selected for a mandatory PCR test on arrival. Unvaccinated travellers with right of entry to Canada are also required to be tested on arrival.

The organizations state that “there is a growing discrepancy between resources allocated to asymptomatic travellers and to those who need it most.”

According to the most recent week of reported data, over 111,000 were conducted at Canadian airports with an average positivity rate of 3%. The release compares this to the positivity rates in communities, which “is now approximately 30 percent and could be higher due to the under-reporting of positivity from a lack of tests.”

Toronto Pearson, Air Canada and WestJet are calling on the government to implement the following measures:

The organization ends the plea by stating that removing PCR tests on arrival from Toronto Pearson airport would free up 8,000 tests a day for the Greater Toronto Area.