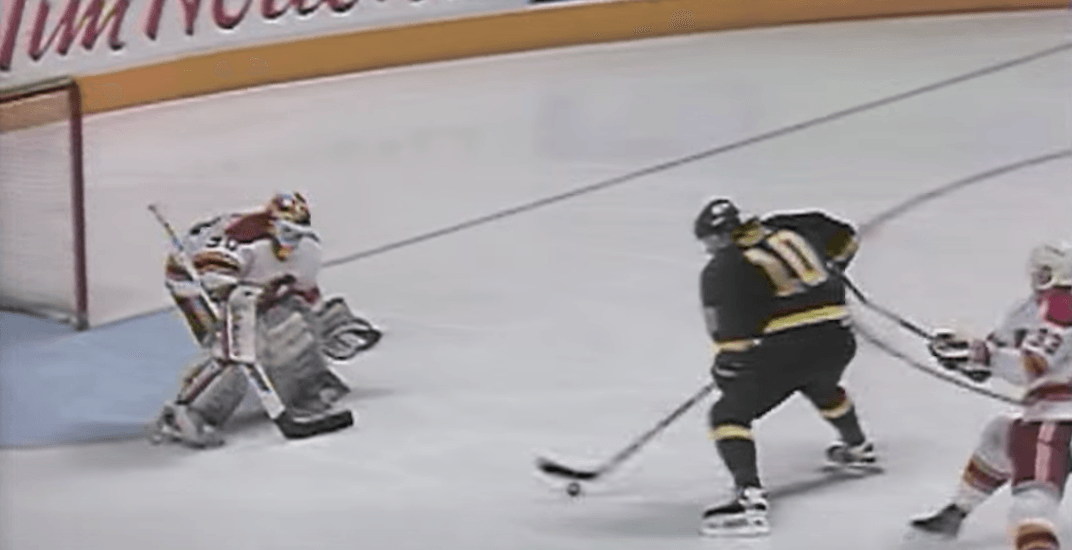 There won’t be any Stanley Cup playoff hockey to watch in Vancouver this year, but someone has come up with a pretty fine substitute.

Pavel Bure is arguably the greatest player in Canucks history, and without a doubt the most exciting. But while people often reference his 60-goal years during the regular season, he was most certainly a playoff performer.

Nobody has scored more playoff goals in Canucks franchise history than Bure, who had 34 in 60 games. He ranks fourth all-time in playoff points, and is the only one on the leaderboard that averaged more than a point per game in the postseason.

Furthermore, he scored arguably the most famous goal in Canucks history, deking Mike Vernon in overtime of Game 7 in 1994 to defeat the Calgary Flames.

Bure scored his first playoff goal for the Canucks in 1992, during his rookie season. He went on to score six that year, and never had fewer than five in four playoff runs with the Canucks.

Thanks to YouTube user GoCanucksGo, let’s relive his greatness: