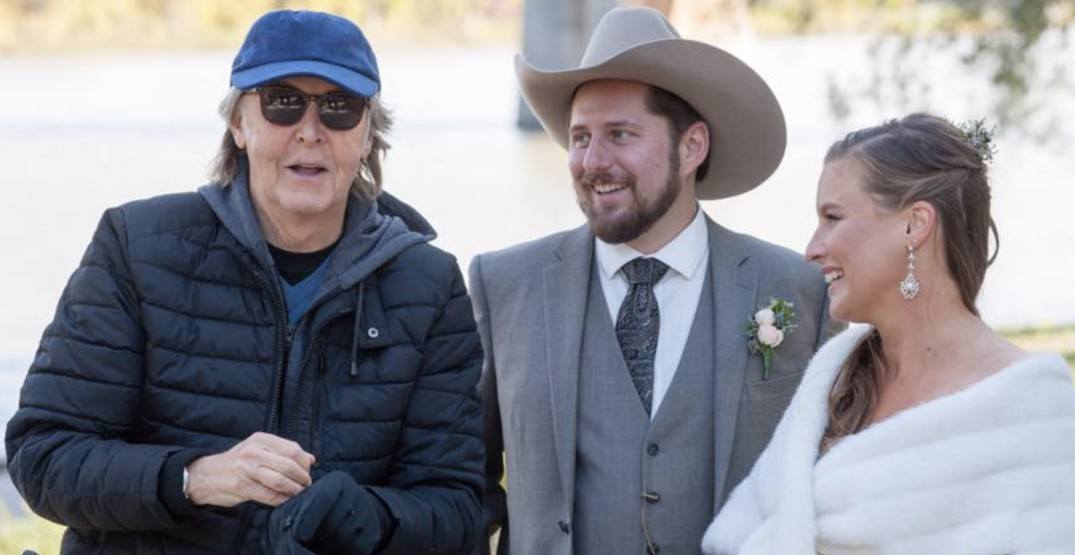 It’s not every day that a superstar singer from the best-selling band in history photobombs your wedding photos. But that is exactly what happened to one Winnipeg couple over the weekend.

According to a Facebook post from Winnipeg’s Madix Photography, Paul McCartney was on a casual bike ride in Winnipeg when he came across a bride and groom named Jennifer and Steven, who were taking their wedding photos.

The pictures show McCartney approaching the couple and stopping to take a few photos with them.

“So this happened….my bride and groom totally made Sir Paul McCartney’s day!” wrote the photography company on Facebook.

McCartney was in Winnipeg performing for his “Freshen Up tour.” His last Canadian stop on the tour was in Edmonton on September 30.