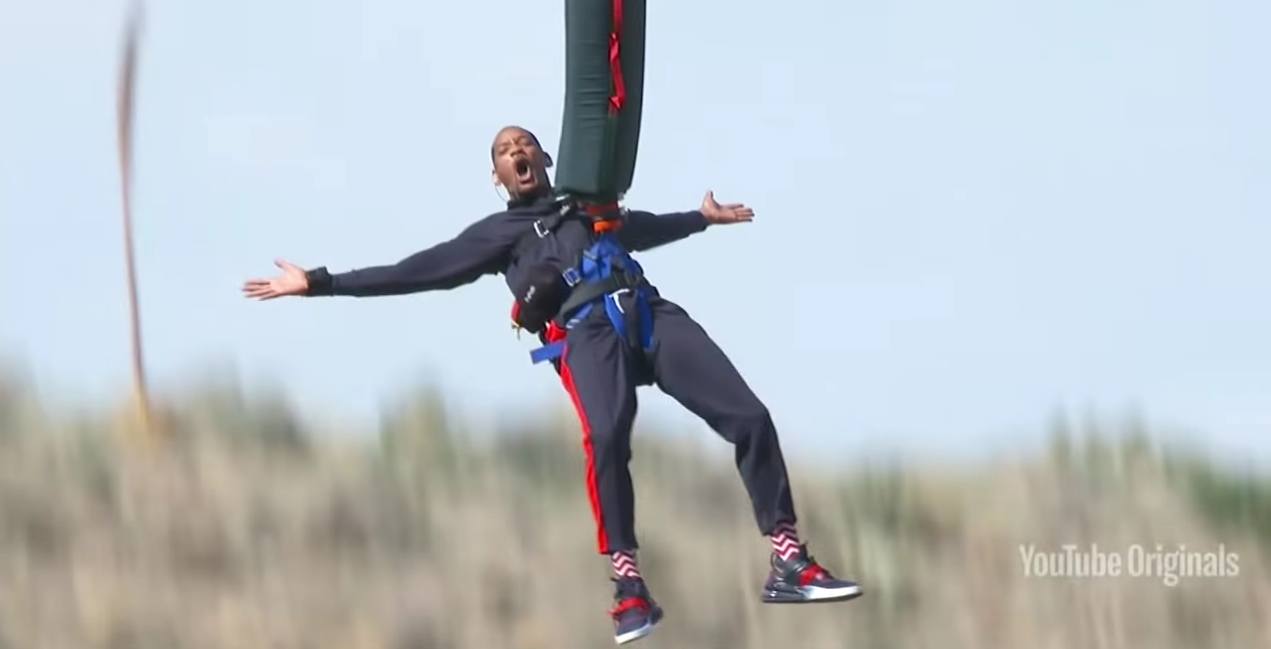 Will Smith jumped out of a helicopter.

Not as part of a stunt for a movie, but because he was dared to by four former McGill students who host Yes Theory, a successful YouTube channel.

They used Montreal as the backdrop for a 30-day video challenge where they conquered events that pushed them outside of their comfort zones, to tackle their bucket lists. They uploaded their conquests to YouTube where they amassed an impressive social media following.

Earlier in the year, they recorded their plight in challenging the ‘Men in Black’ star to go heli-bungee jumping.

The group was surprised when the Hollywood superstar agreed and opted to turn it into a massive YouTube event.

Check out Yes Theory’s lead-up video and the 10:40 mark where The Fresh Prince announces he’ll jump out of a helicopter:

Timed with Smith’s 50th birthday, a massive production staff, safety personnel, Smith’s family, an audience, Alfonso Ribeiro (Carleton, obviously) and the helicopter crew assembled at a gorge on the Navajo Nation, close to the Grand Canyon National Park and watched Will Smith heli-bungee.

Check out the video which has already amassed over 12 million views on Will Smith’s YouTube channel. Smith’s helicopter jump countdown starts at the 4:20 mark.

With Smith’s involvement is literally bungeeing Yes Theory to new heights, the YouTube group have plans for further challenges with celebrities.