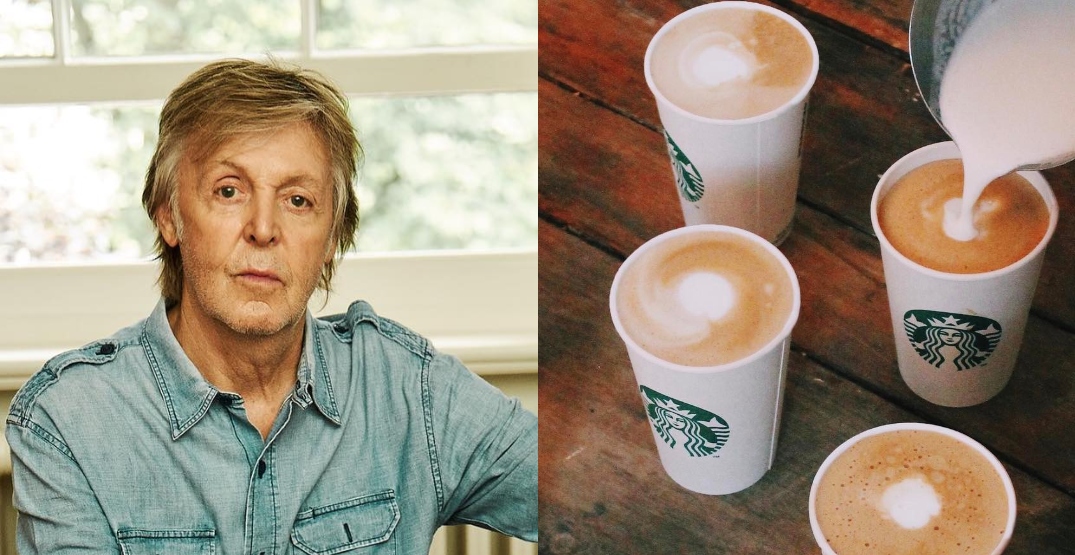 “Get back to where you once belonged.”

That’s what Sir Paul McCartney is asking about the price of plant-based milk products at Starbucks.

In an open letter to Kevin Johnson, the coffee chain’s CEO, the Beatle voiced his distaste for Starbucks’ 70-cent surcharge for plant-based milk.

“It recently came to my attention that Starbucks in the USA has an extra charge for plant-based milks as opposed to cow’s milk,” the letter, released by Billboard, began.

McCartney, whose tour is bringing him to Seattle, the city Starbucks is based in, next week, says the charge in American coffee shops is not the same as abroad.

“I must say this surprised me as I understand that in other countries like UK and India, there is the same charge for both types of milk and I would like to politely request that you consider this policy also in Starbucks USA.”

The letter, which also cited the 79-year-old music legend and vegetarian’s affiliation with animal rights group PETA, concluded with a note of earnestness: “I sincerely hope that for the future of the planet and animal welfare you are able to implement this policy.”

While the coffee corporation certainly made note of Cumming’s request, they may be a little more keen on adjusting their milk prices. The stakes are raised if they upset McCartney any more.

Between his solo work and music with The Beatles, McCartney has sold more than 100 million albums, making him one of the most successful musicians of all time. An orchestrated boycott by his millions of loyal fans could have a substantial impact on Starbucks.

It’s hard to imagine that McCartney receives “No Reply” from Johnson. In fact, a response to the open letter may sound something like the 1966 Beatles hit “We Can Work it Out.”