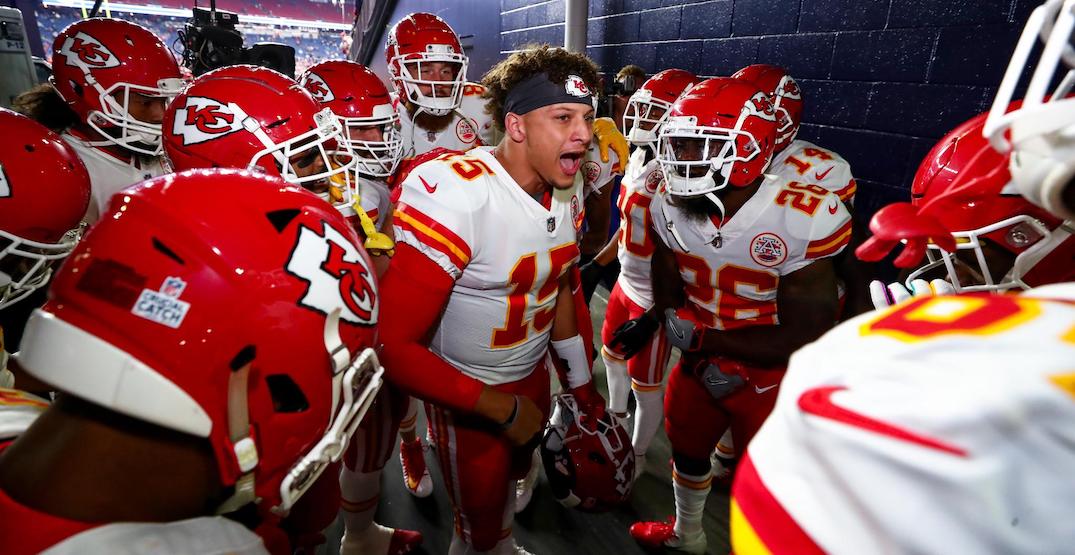 NFL star Patrick Mahomes wants the Toronto Raptors to play in Kansas City next season, and the city’s mayor says he’s working on it.

The Kansas City Chiefs quarterback tweeted “Bring them to KC!” today in response to the news that the Raptors were considering playing games in Louisville next season due to the still-closed Canada-United States border.

Talks between the Raptors and Louisville have reportedly ended because Raptors players didn’t want to play in the same city where Breonna Taylor was shot and killed by a police officer last March. Raptors players have consistently championed the Black Lives Matter cause, repeatedly speaking out against racism during the NBA’s return to play in the summer.

Mahomes’ tweet appears to be more than just a hopeful plea, as Kansas City Mayor Quinton Lucas replied to the former NFL MVP’s tweet by saying “Working on it.”

Kansas City doesn’t have an NBA team but would surely love to lure one to Missouri, and hosting the Raptors temporarily could be a good first step. The city has been without an NBA team since the Kansas City Kings moved to Sacramento in 1985. Kansas City is equipped with a first-class arena, the T-Mobile Center, which opened in 2007.

The Raptors’ first choice is to play home games in Toronto, but that will be impossible for as long as Canada’s mandatory 14-day quarantine law remains intact. The closed border resulted in the Toronto Blue Jays playing home games in Buffalo last season, while Canada’s three MLS teams are also playing the remainder of their seasons in the United States.

The NBA has yet to announce plans for when and how next season will be played, though recent reports suggest it could start up as soon as December.