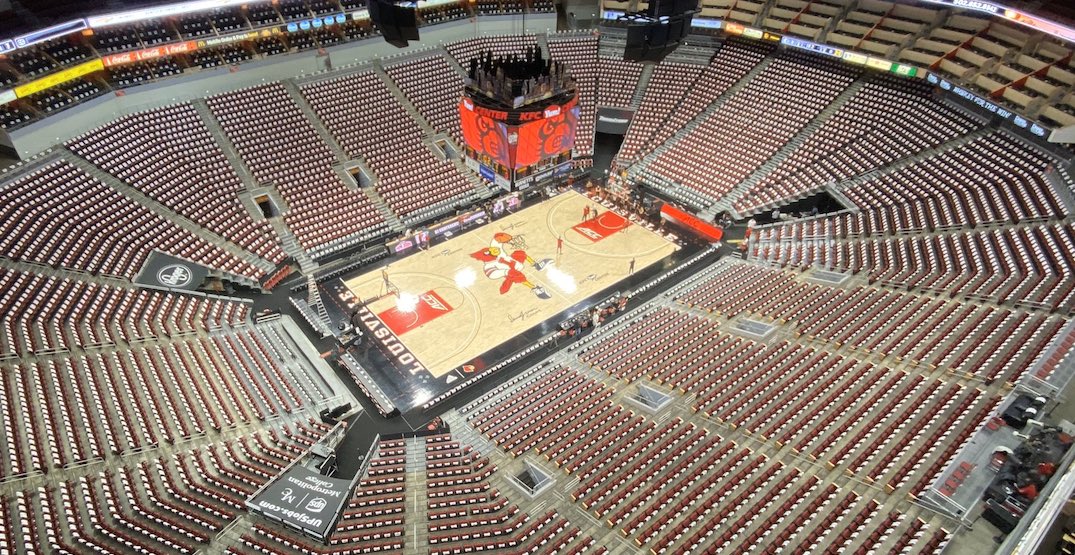 The Toronto Raptors are cooking up a finger-looking good idea for next season.

Just kidding, this isn’t good news, there’s a pandemic on. And don’t lick your fingers.

With the border still closed, Canada’s lone NBA team is looking for an alternative arrangement for home games next season. It’s a similar spot the Toronto Blue Jays were faced with, before ultimately calling Buffalo home for one season. Canada’s three MLS franchises are also currently playing home games in the United States for the same reason.

The Raptors’ preference is clearly to play home games in Toronto, though that’s out of their control. The federal government holds the cards with that decision. Medical advancements are being made at record speed right now, but the league is believed to now be eyeing a January 18 start date — less than three months away.

According to a report from Yahoo Sports’ Vincent Goodwill, one alternative location the Raptors are considering is Louisville, Kentucky at the deliciously-named KFC Yum! Center. The 22,090-seat arena is the home of the University of Louisville basketball team, and is just 10 years old. While it’s not currently home to an NBA team, Goodwill reports that it is “NBA-ready.”

In terms of COVID safety, Kentucky is middle of the pack among states in terms of it’s positivity rate, which most recently stood at 4.99%. The state announced 1,487 new positive cases on Wednesday.

In terms of geography, Louisville is well placed for travel to other Eastern Conference cities, although it’s closer to Central Division teams than those in the Atlantic Division, where the Raptors play. Louisville is in the eastern time zone though, which is a positive.