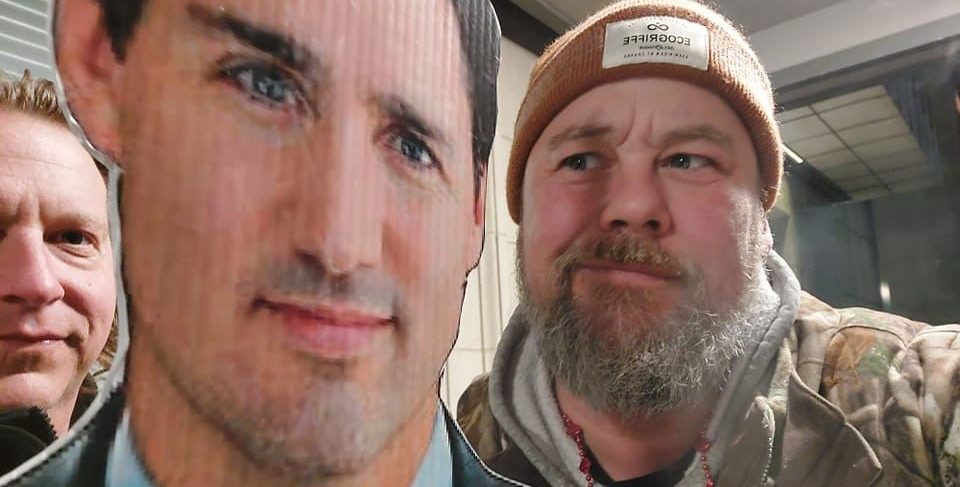 Pat King, the “Freedom Convoy” co-leader from Alberta who was arrested in Ottawa a week ago, has been denied bail.

After several hours of court proceedings, Ottawa Court of Justice gave the verdict this afternoon.

His second hearing was at 10 am today, but was delayed as new evidence came to light.

The self-described investigative journalist posted a live video of his arrest on his Facebook page.

Patrick “Pat” King garnered attention on the internet through his racist and white supremacist videos.

At his first bail hearing last Tuesday, Alberta resident Kerry Komix became King’s proposed surety with $50,000 at stake. She guaranteed King won’t violate his bail terms — if he did, she could lose the amount.

After she was spotted in one of King’s older livestreams, her integrity as his surety was questioned in the courtroom.

Ottawa lawyer James Bowie live-tweeted scenes from the courtroom as they happened.

“I am not satisfied that Ms. Comix meets the test of having meaningful links to Mr. King. Mr. King will be detained on this ground,” Bowie tweeted, quoting the Justice of the Peace (JP).

MK raising the issue of Mr. King’s uttering threats charge from Alberta, and how he was ordered to surrender firearms at that time.

He allegedly purchased a restricted handgun while on release from those charges.

Crown wants this evidence in now.

“Pat King’s mask is not covering his nose. Nobody is raising the issue, so far,” he had tweeted 15 minutes into the proceeding, and several times after, as King kept pulling his mask down throughout.

His next hearing is scheduled for March 18, but with new evidence surfacing, the JP said King could remain in jail for a long time, and that his actions were “an assault on the rule of law.”

“Given the scope of the harm caused, Mr. King could be liable for a lengthy term of imprisonment. The allegations here are very serious,” the JP said, and Bowie tweeted.
The JP also detained King on tertiary grounds. “He’s saying the video evidence makes a conviction almost a certainty. ‘A two-year sentence is on the lower end…’ JP says,” Bowie quoted him saying.
Additionally, a non-communication order was issued for King. The list of people he cannot contact includes “Freedom Convoy” organizers George Billings, Christopher Barber, Daniel Bulford, and Tamara Lich.

Lich was also denied bail on Tuesday. She was arrested on February 18.

“I cannot be reassured that if I release you into the community that you will not re-offend,” said Lich’s case judge Ontario Court Justice Julie Bourgeois. “Your detention is necessary for the protection and safety of the public.”