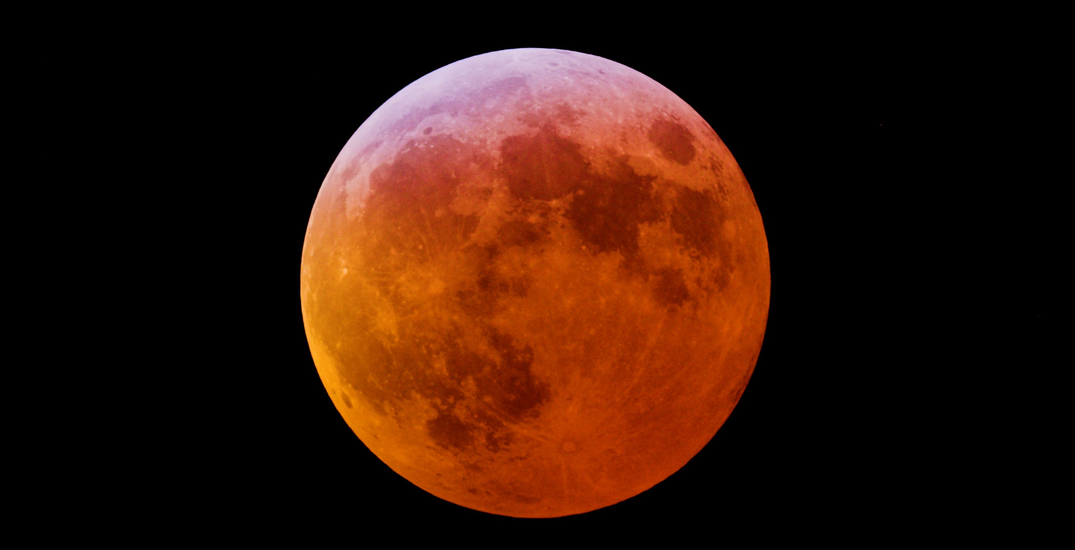 You’re going to want to stay up for this one. The longest partial lunar eclipse in nearly 600 years is set to grace the night sky later this week.

According to NASA, the eclipse is set to last a staggering three hours, 28 minutes, and 23 seconds.

Visible from most of North America, 98% of the moon will be covered by the earth’s shadow at the height of the eclipse, making it the largest one of the century.

The lunar eclipse in Canada won’t begin until the late evening, starting at 2 am EST/12 am MST/11 pm PST on the night of Thursday, November 18 and early morning of Friday, November 19.

Since the eclipse is so long, its peak is forecast to occur just after 4 am EST/ 2 am MST/ 1 am PST on Friday, November 19.

Most of the Americas will get the best show on the planet, with the full eclipse visible. It will also be seen in parts of Europe, Asia, Australia, and the Pacific.

So there you have it. It’ll be the longest partial lunar eclipse of our lifetimes by far. Happy moongazing!