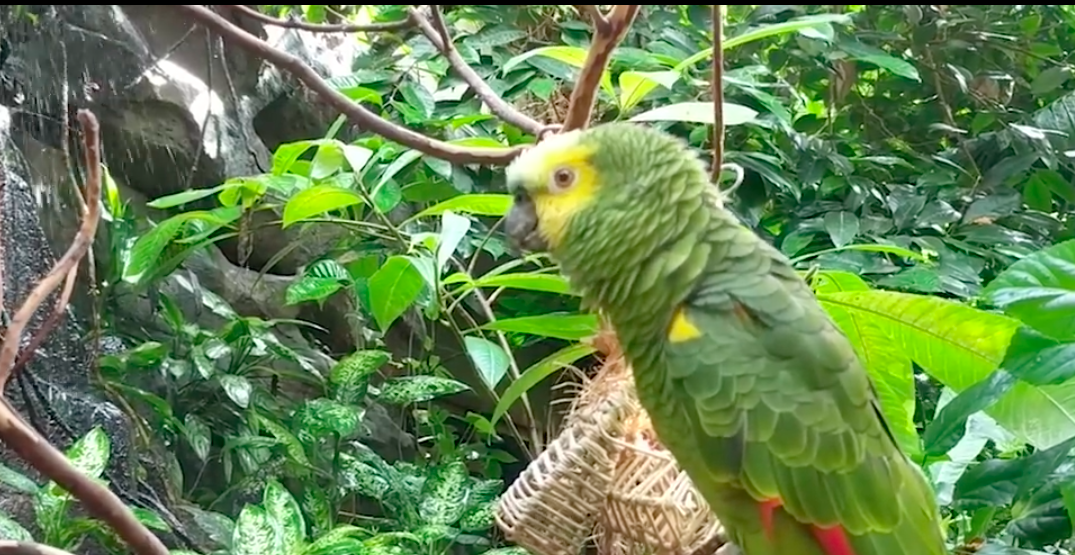 This parrot sings along to Adele (Vancouver Aquarium / Facebook)

She’s known by people the world over for her music and now it seems like British singer Adele has a new fan who goes by the name of Cosmo and lives at the Vancouver Aquarium.

Oh also, Cosmo is a parrot – a blue-fronted Amazon parrot.

And thanks to a video posted by the Vancouver Aquarium, this tropical bird reminds that the appreciation of music really has no boundaries.

In the video, Cosmo can be heard singing along (albeit in a slightly-altered version)  to Adele’s smash-hit single, “Hello.”

So could there be room for Cosmo the parrot on a possible future Adele tour?

No word on that yet, but in the meantime, we can all appreciate the fact that this singing South American parrot has some serious soul.