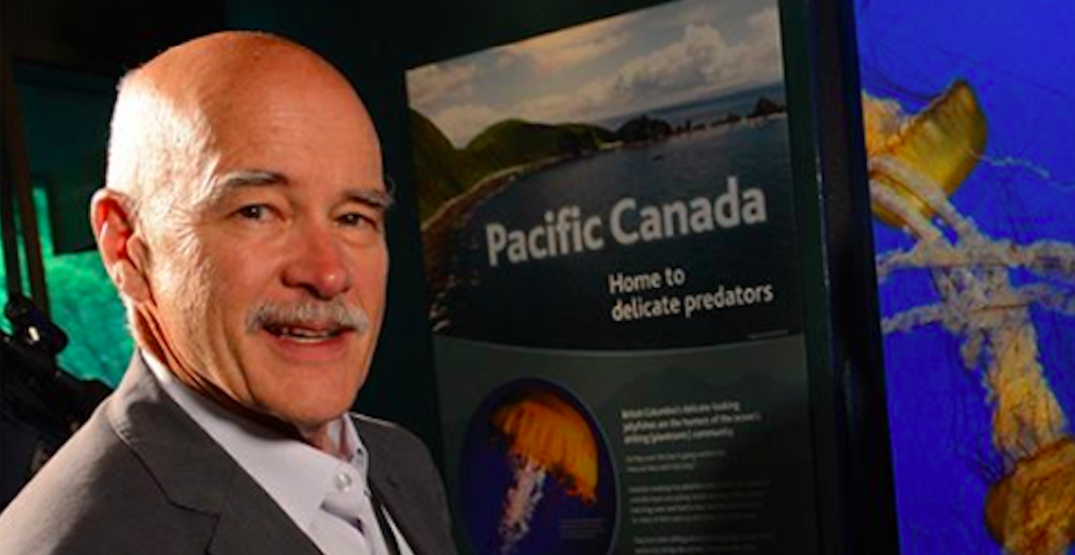 After a quarter century at the helm of the Vancouver Aquarium and its parent, global ocean conservation organization Ocean Wise, CEO Dr. John Nightingale has announced he plans to retire from his post at the end of this year.

Calling his time at the Aquarium “beyond what he could have possibly imagined,” Nightingale said he fortunate to have a career in a line of work so close to his heart.

“I have been so privileged to work with leading scientists, conservationists, incredible staff, board members, volunteers and patrons, all of whom have shared our vision for a sustainable aquatic world,” he said.

Nightingale stepped into the leadership role at Vancouver Aquarium in 1993 from his post as assistant director at the New York Aquarium, when founding director Dr. Murray Newman retired.

In a release, Ocean Wise said that since then, Nightingale has been “celebrated as a visionary in for his innovations in aquarium management, ocean conservation and education, and environmental stewardship.”

In his time as CEO, Nightingale has led the organization as it refined its mission, increased attendance, and expanded its science, conservation, and public programs, culminating in the launch of Ocean Wise in 2017.

Along the way, he initiated / co-founded the Great Canadian Shoreline Cleanup, Ocean Wise Sustainable Seafood Program, and the Coastal Ocean Research Institute, among other initiatives. It was a natural evolution, said Nightingale.

“From day one, I have sincerely believed that organizations like Ocean Wise, and its flagship Vancouver Aquarium, have a critical role to play in conservation,” said Nightingale. “We teach current and future generations about the life in our oceans with the hope they feel inspired to protect it.”

In today’s digital age, he added, “that connection to nature is needed like never before.”

Speaking about the legacy Nightingale leaves behind, Randy Pratt, Chair of the Ocean Wise Board of Directors, said that from the very beginning, “John knew that, by bringing the oceans to life for people, we would amaze, engage and inspire a community of ocean conservationists – and he was right.”

As one of his final public engagements, Nightingale will open one of the Douglas Coupland radical art installation, Vortex, on May 18.

The exhibition takes visitors on a journey to the Garbage Patch Vortex, immersing them in the ocean plastic pollution problem in a “contemplative and transformative way.”

“My passion for the ocean and for public engagement remains — I’ll continue to work for its protection and will continue to be Ocean Wise’s biggest fan,” Nightingale said. “I look forward to watching it engage even more people around the world about the need for action.”

Nightingale will stay on as CEO and president of Ocean Wise while the search is underway to find someone to fill his role.