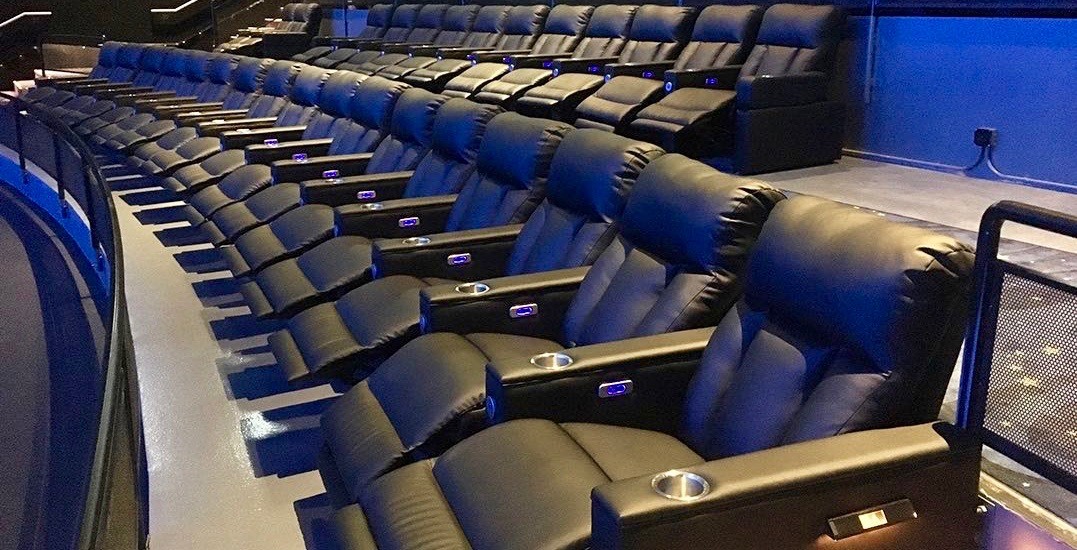 The wait is finally over, as West Vancouver’s brand new movie theatre is all set for its grand opening.

On Wednesday, April 3, Cineplex Cinemas Park Royal will officially open to the public.

Located on the south side of the Park Royal Shopping Centre, the new theatre spans over 44,000-square-feet. The facility is located on the third floor of the mall and can be accessed from both the inside and outside of Park Royal. 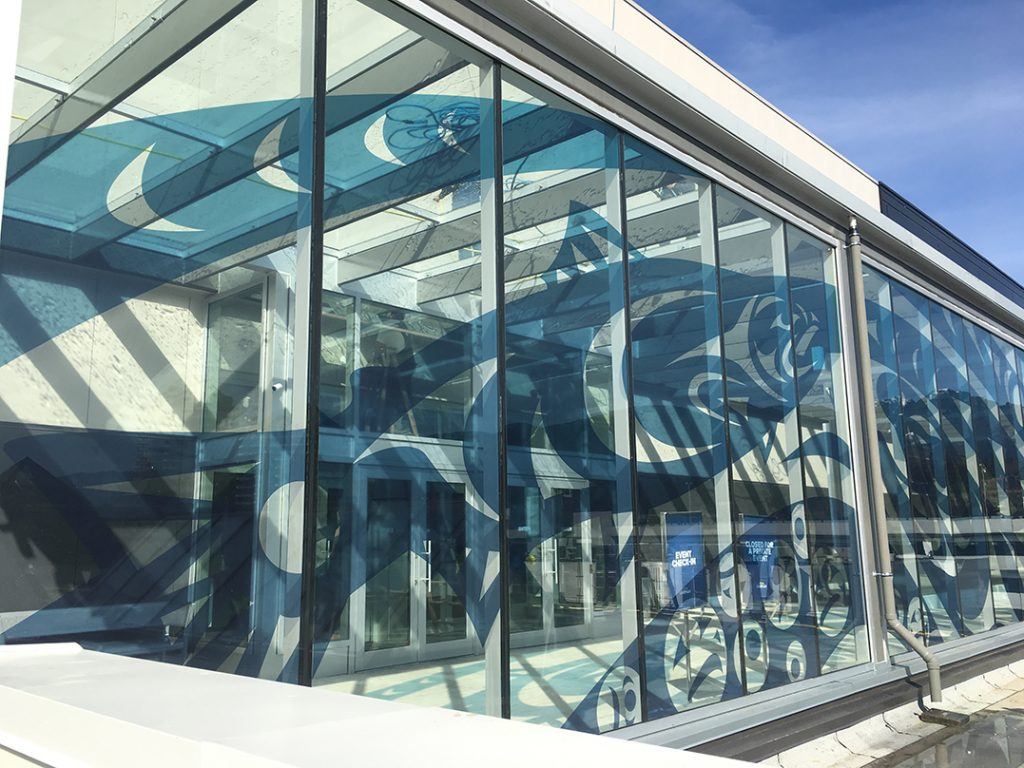 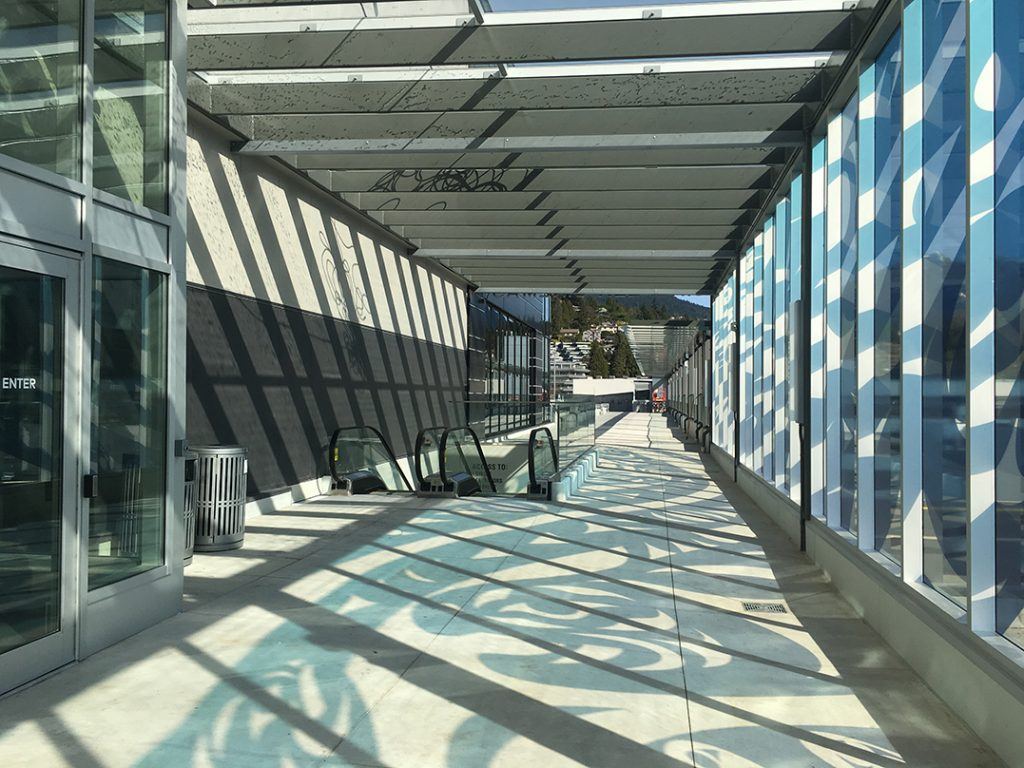 The exterior entrance to the theatre and its connection to the lower floors of Park Royal. (Daily Hive)

The new space is accompanied by a number of luxury amenities, such as UltraAVX and Vancouver’s second-ever VIP Cinemas, as well as a lounge and a fully-equipped arcade. 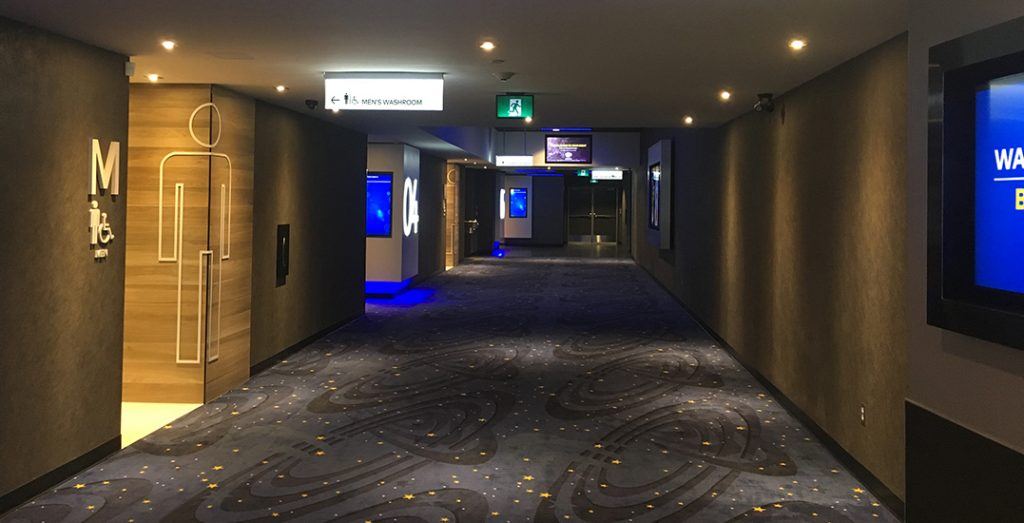 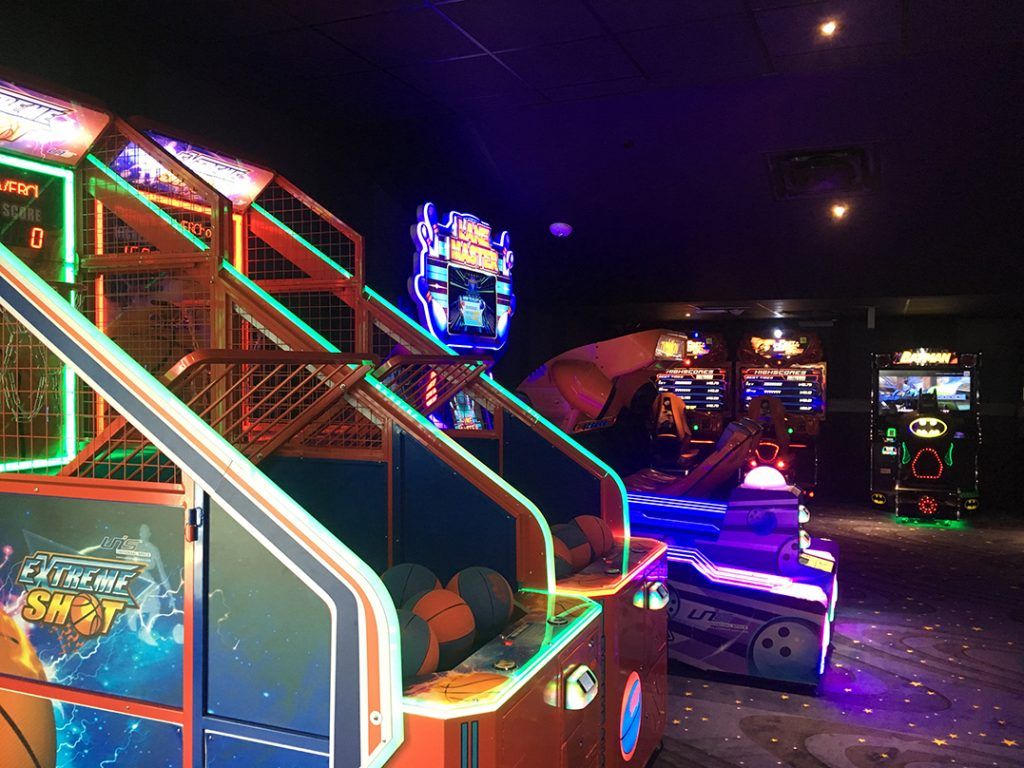 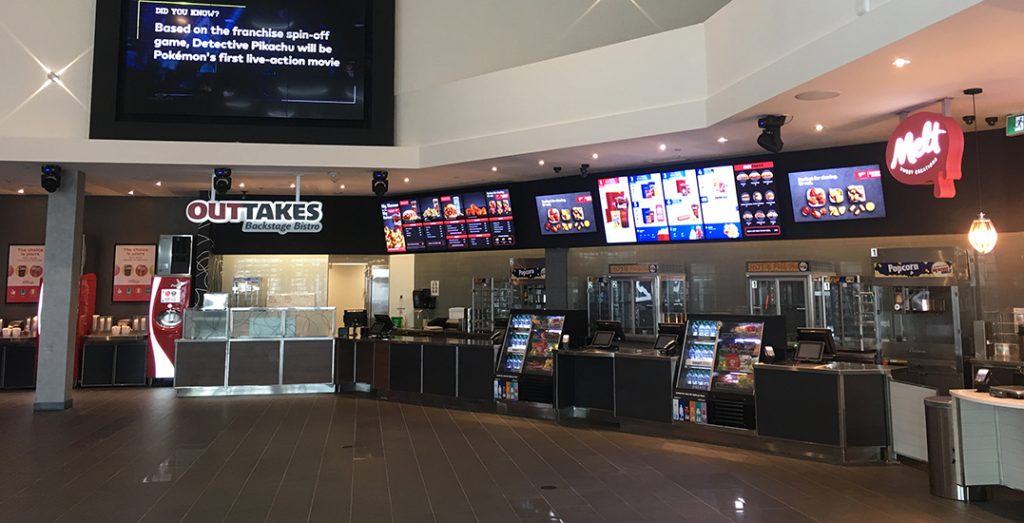 The main foyer of Cineplex Cinemas Park Royal, as well as several of their food offerings. (Daily Hive)

“We are so excited to bring the movie-going experience back to Park Royal and introduce the community to a new, state-of-the-art theatre,” said Ellis Jacob, President and CEO of Cineplex.

The VIP Cinemas offer four specially-designated theatres, as well as a lounge and bar that can be used before and after the movie. 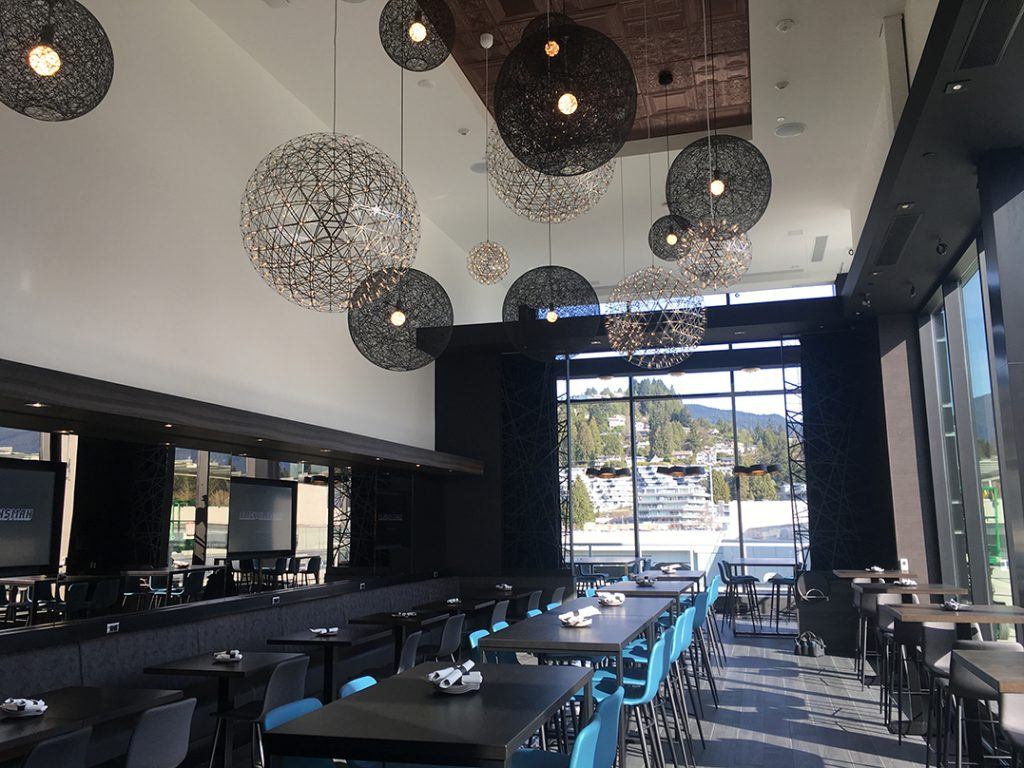 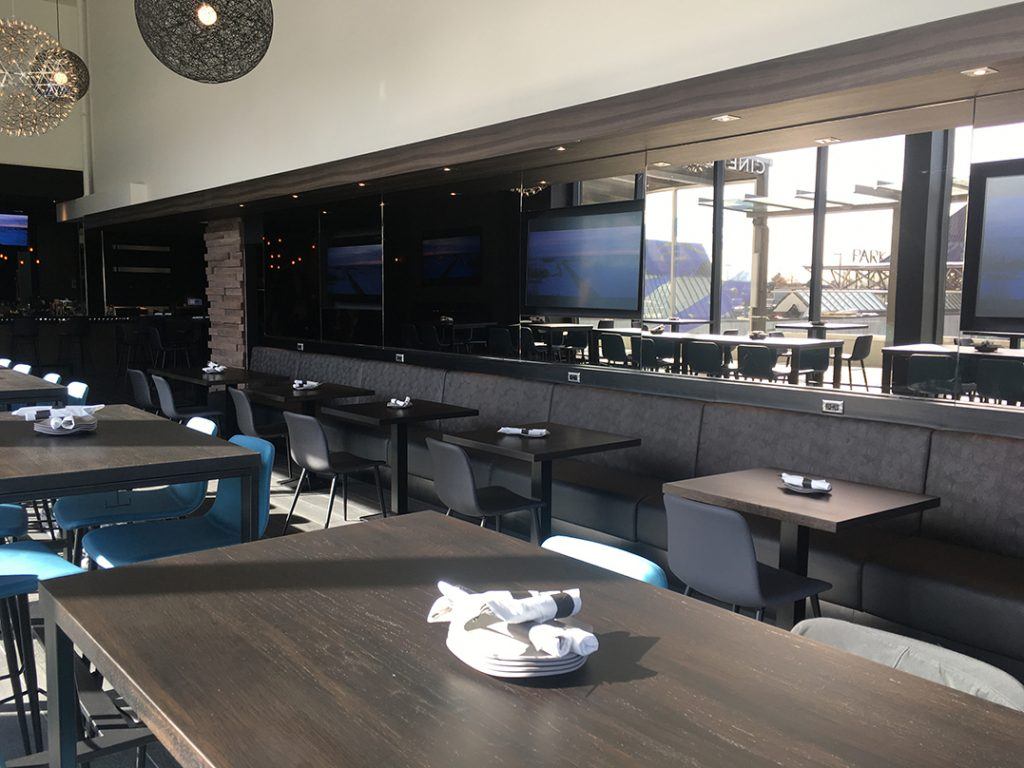 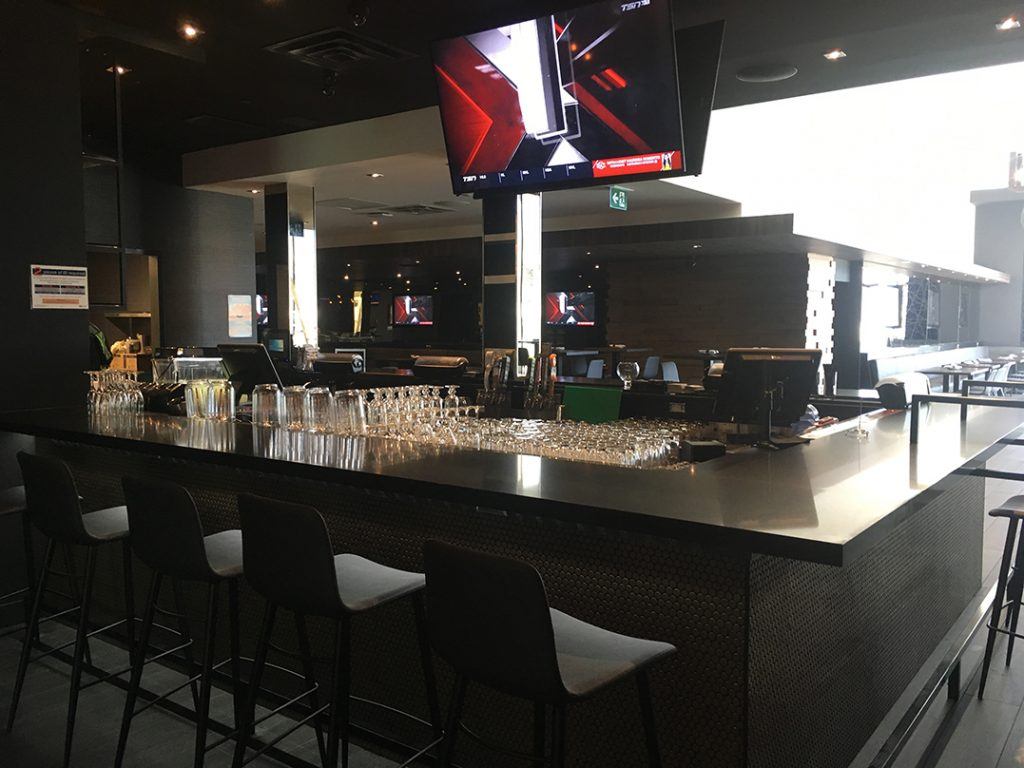 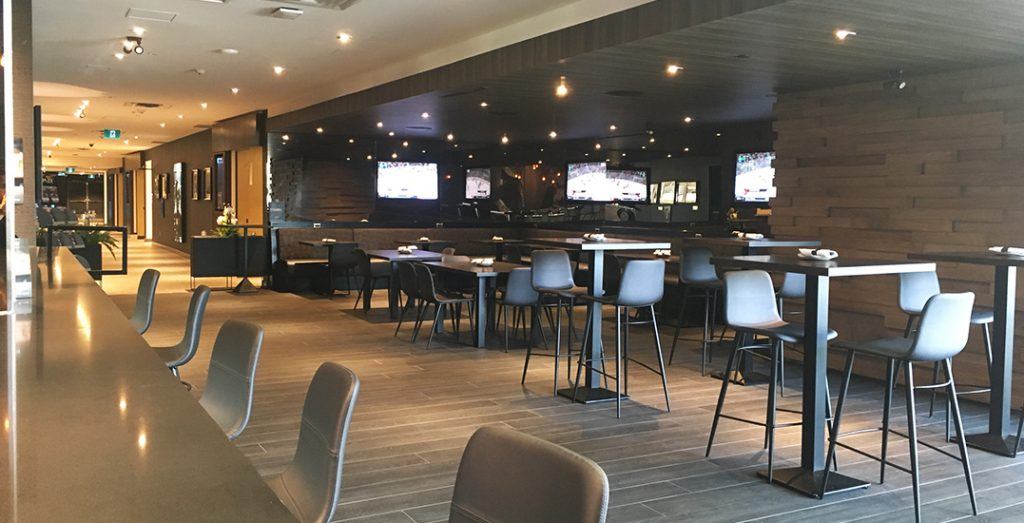 All four theatres feature wide luxury recliners, and all food and beverage orders are delivered to the viewer’s seat before their movie begins.

Heated seats are also in the works, although they’ll be implemented later in the year. 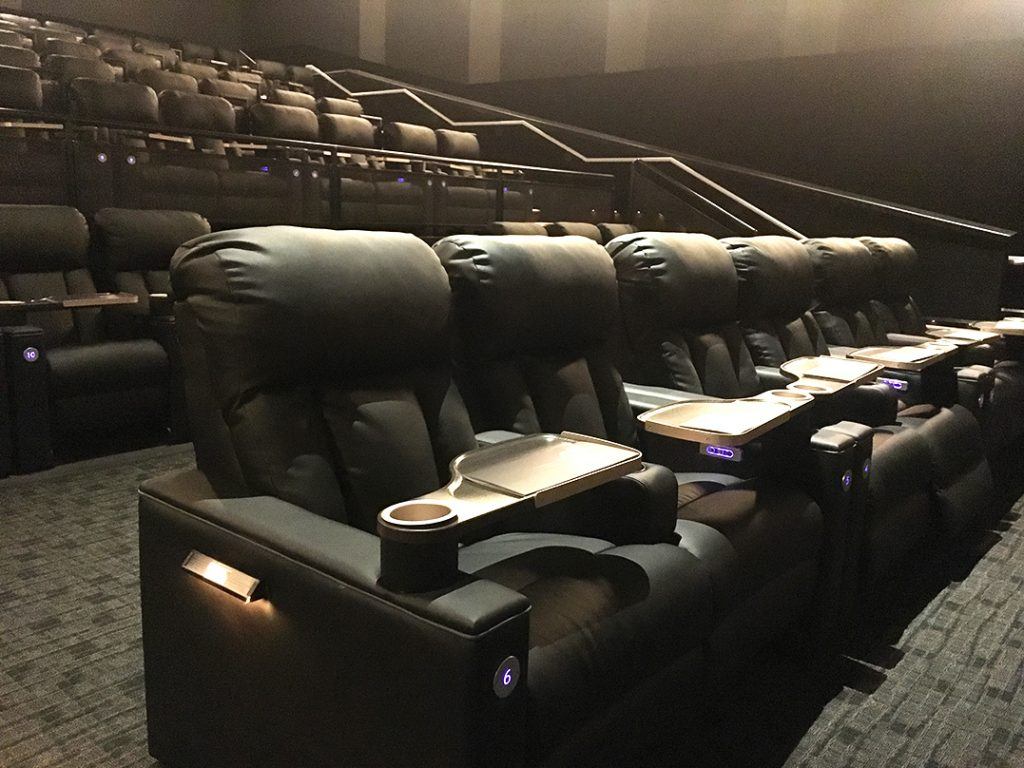 A closer look at the DBOX seating at the VIP cinemas. (Daily Hive) 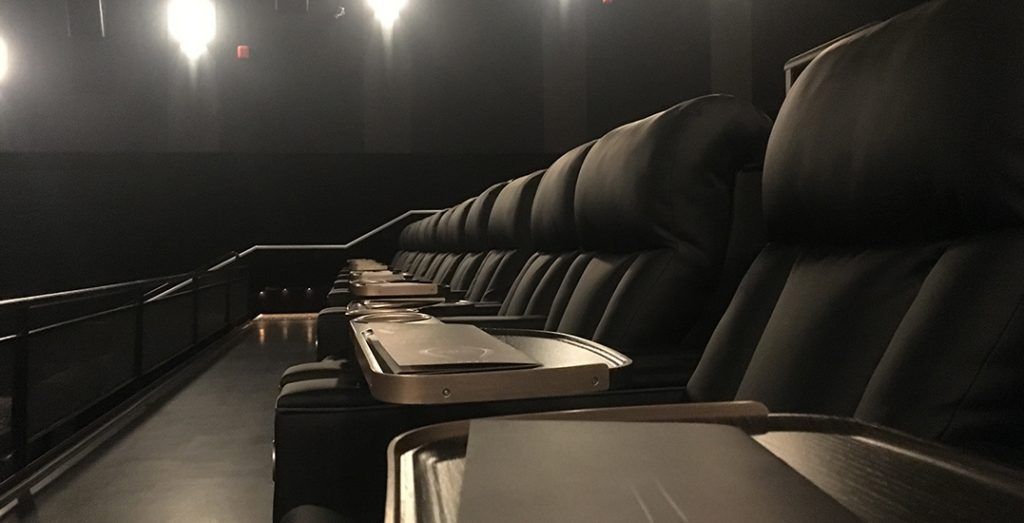 Menus are readily available for patrons of the VIP cinema and food is delivered prior to the screening. (Daily Hive)

Anyone who enters the VIP area, however, must be of legal drinking age.

Cineplex’s first VIP Cinema in Vancouver opened at their Marine Gateway location in 2016.

There are four in total across British Columbia, including locations in Coquitlam and Abbotsford.

The remaining theatres at Park Royal are designated for non-VIP viewers. That includes one DBOX screen, two UltraAVX screens, and five 3D screens.

All seven auditoriums include leather recliner seats and spacing ranges from 50 to 212 seats. 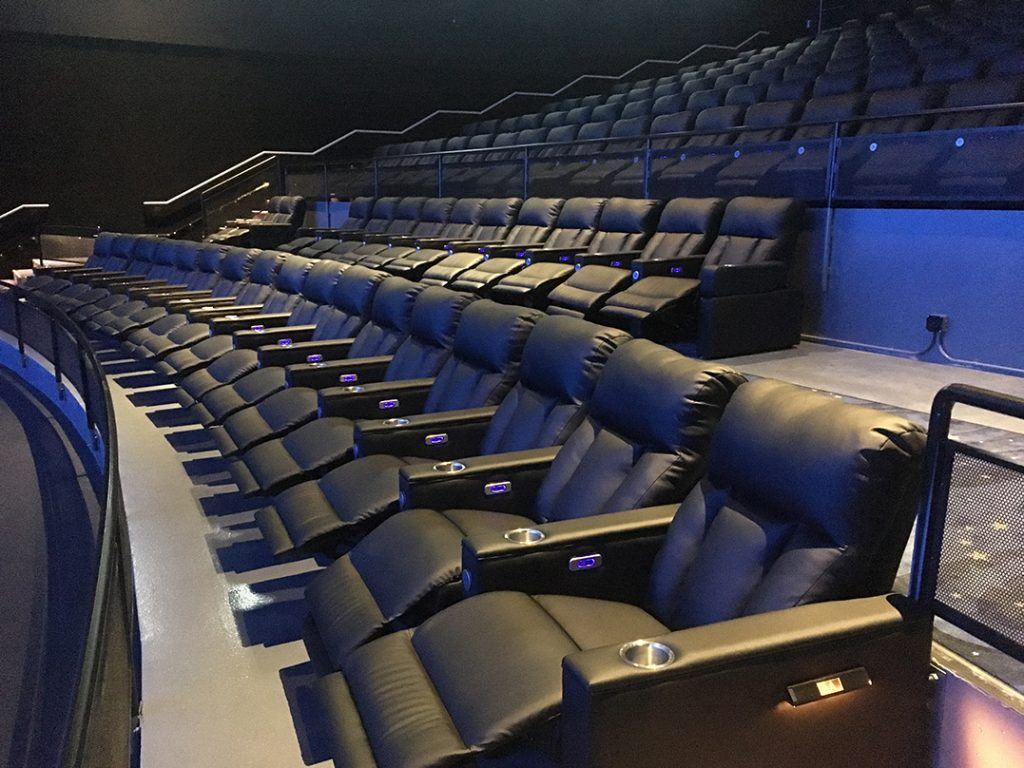 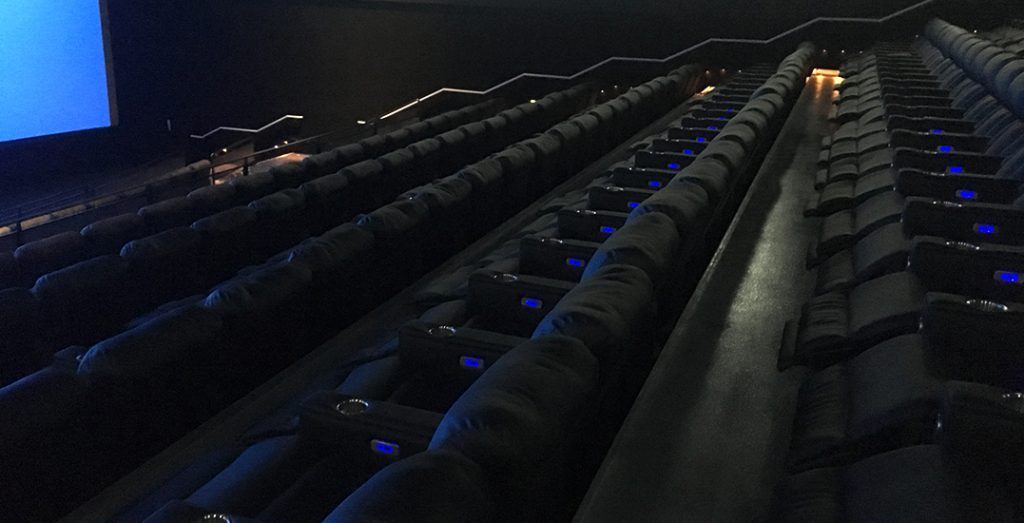 In addition to typical movie theatre fare like popcorn, drinks, and bags of candy, Park Royal will offer an expanded menu of food and beverages. 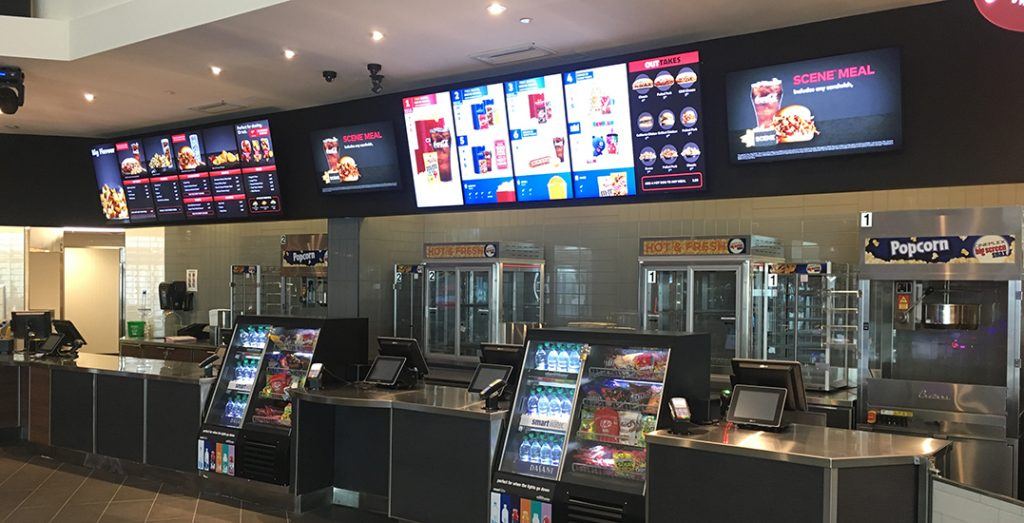 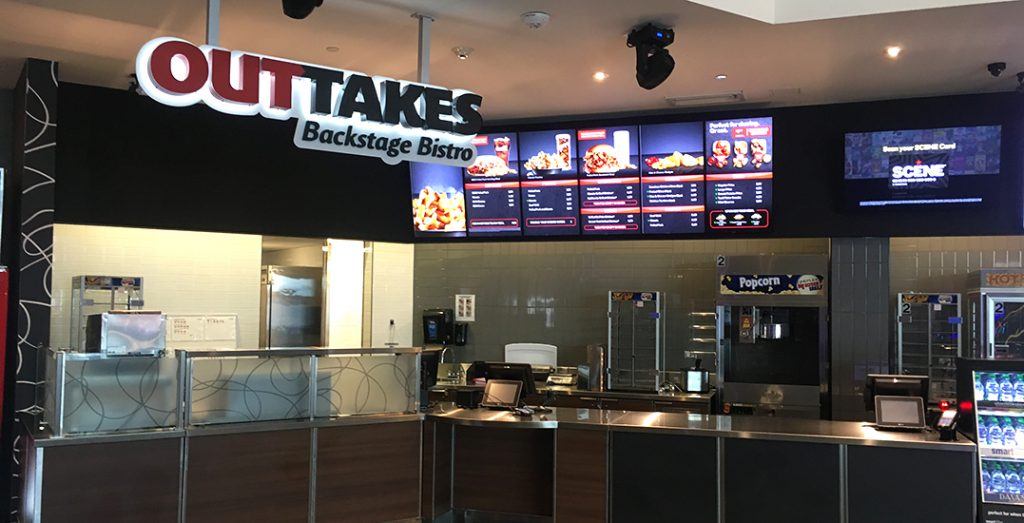 The food menu, which includes appetizers, pizza, and salads and bowls, is highlighted by an array of burgers and sandwiches, including a Beyond Meat Burger.

Those of legal drinking age will be able to take advantage of an expansive selection of alcoholic beverages.

In addition to a healthy selection of wines, beers, and coolers, the VIP Cinema will offer fishbowls and frozen cocktails, as well as a standard cocktail menu.

Pricing for general admission and non-VIP access will be the same as other Cineplex theatres.

Access to the VIP Cinemas will vary based on the day of the week but currently ranges between $19.99 to $25.99.

With the opening of Park Royal, Cineplex Cinemas now operates 165 theatres across Canada, including 25 theatres and four VIP Cinemas in British Columbia.