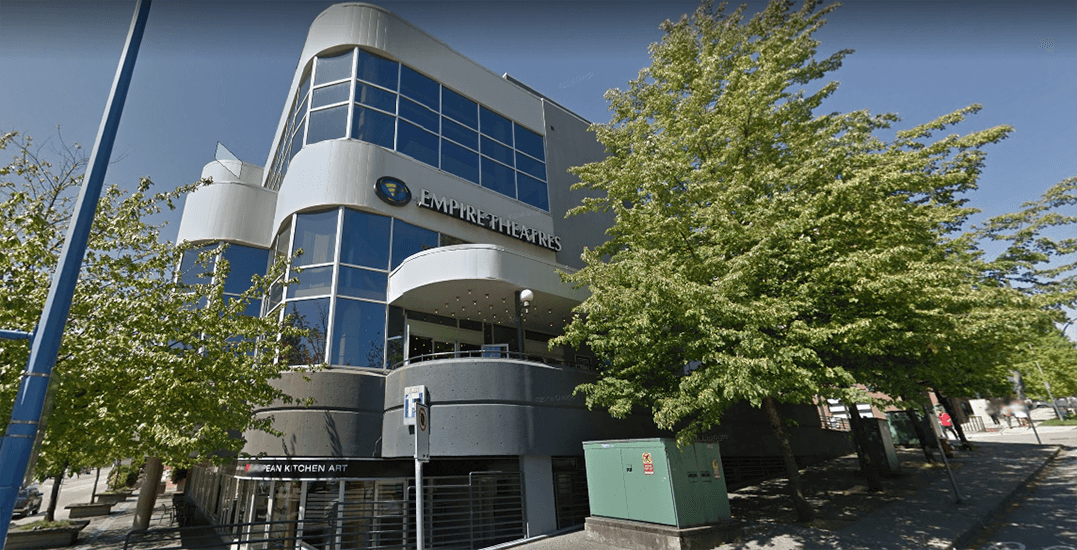 One of North Vancouver’s longstanding movie theatres could close as early as next week.

Daily Hive has learned that Cineplex Esplanade, located just steps away from Lonsdale Quay, has set a tentative closing date.

According to theatre staff, Tuesday, April 2, 2019, will be the theatre’s last day of operation.

First known as the Esplanade 6 Cinema, the six-screen theatre was first opened by Famous Players in 1990, according to Cinema Treasures.

The facility went through a number of “takeovers” during its 29-year history.

Empire Theatres took over in 2005. Landmark Cinemas took control in 2013 and in September of 2016, the theatre saw a month-long closure.

It reopened that October when Cineplex Cinemas took ownership.

The closing is tied to Cineplex’s plans for a massive VIP cinema at West Vancouver’s Park Royal Shopping Centre.

The 44,000-square-foot theatre will be located on the south side of the shopping centre and is expected to include 11 screens and a variety of movie-going experiences, including UltraAVX™, D-BOX Motion Seats and VIP Cinemas, as well as the traditional Cineplex cinema experience.

Construction for the theatre was announced in 2017 and was expected to be completed before the end of 2018. Construction still continues, however, and an opening date has yet to be announced.

In an email to Daily Hive, Cineplex would not confirm the exact closure date of the Esplanade theatre, but said it would closely coincide with the opening of Park Royal.