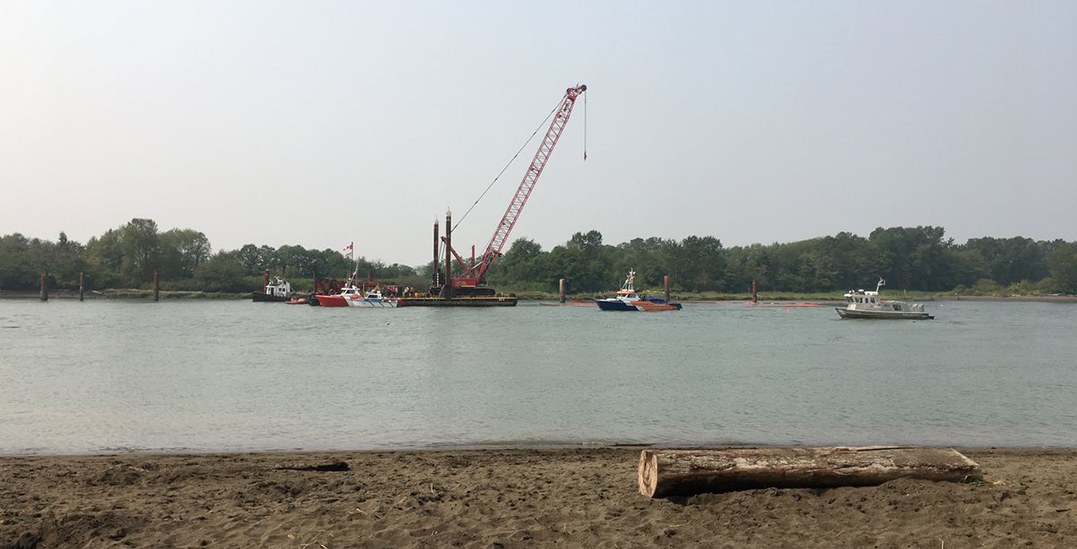 Several park closures have taken effect in the Metro Vancouver area after a tugboat capsized in the Frazer River earlier this morning.

The initial incident took place just after 1 am when a tug overturned and sank.

Located near Deering Island, in the north arm of the Fraser River, the George H Ledcor had a carrying capacity of 22,000 litres in the fuel tank.

It has not been made known, however, if any of its contents have actually spilt.

As of this afternoon, the Vancouver Park Board has closed the beach at Fraser River Park.

According to their Twitter account, city officials have “detected a faint fuel odour and sheen along the shore and are closing the beach as a precaution.”

The beach at Fraser River Park is CLOSED after a tug carrying diesel fuel sank early this morning. We’ve detected a faint fuel odour and sheen along the shore and are closing the beach as a precaution as @CoastGuardCan continues to assess. @CityofVancouver pic.twitter.com/SICzOrFsj5

The City of Richmond has also closed McDonald Beach Park due to “safety reasons.”

All areas, including the off-leash dog area and boat launch, are closed until further notice.

UPDATE: For safety reasons, McDonald Beach Park (which includes the off-leash dog area & boat launch) is CLOSED until further notice to allow the Coast Guard & other agencies to salvage the sunken tug boat. Only boats landing will be exiting through the launch & park. #RichmondBC pic.twitter.com/v3EbYBbMMI

The closures are meant to safely allow the Coast Guard and other agencies to retrieve the capsized tugboat.

Ledcor Group, the owner of the marine tugboat, has verified that the recovery will take place on Wednesday. Spill containment booms will remain in place until then.

Update: The recovery of the Ledcor Marine tugboat George H Ledcor will now take place on Wednesday. For safety reasons an additional, larger crane and barge will be used to lift the tug. Spill containment equipment and personnel will remain on-site until the lift is completed.