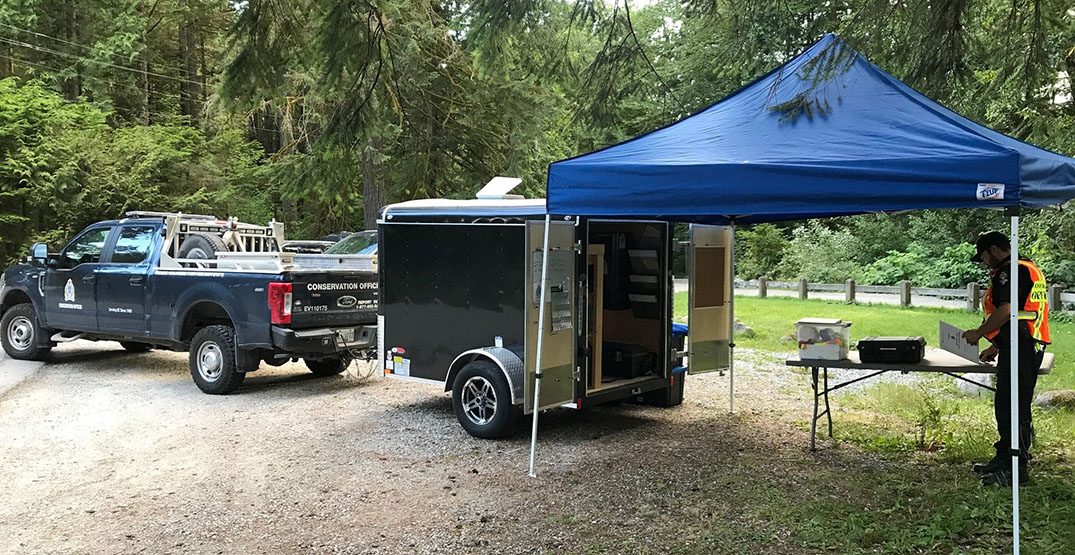 A North Vancouver park has been closed down as conservation officers continue to search for an “aggressive” bear.

Metro Vancouver says the closure came into effect on Tuesday and that it applies to both the Lynn Headwaters Regional Park and the Lower Seymour Conservation Reserve.

At the request of the Conservation Officer Service, #LynnHeadwaters Regional Park will be CLOSED effective 7 am Tues, July 28 due to an aggressive bear that bit a 10-year-old girl. The Lower Seymour Conservation Reserve also remains CLOSED. @_BCCOS #NorthVan #LSCR

Last Friday, a 10-year-old girl was rushed to the hospital after being bitten by a black bear while in the park.

According to the BC Conservation Officer Service (BC COS), she was walking with her family along the Rice Lake Loop. A bystander helped scare the bear away, and luckily no one else was hurt. The girl was taken to the hospital with non-life threatening injuries.

The BC COS continues to search for the animal and says that it’s received several sightings of the bear in the area.

They also noted discarded food and garbage, which led them to believe that the bear “was food-conditioned and habituated to humans.”

Metro Vancouver adds that all trails in the regional park, including subalpine, are closed until further notice.