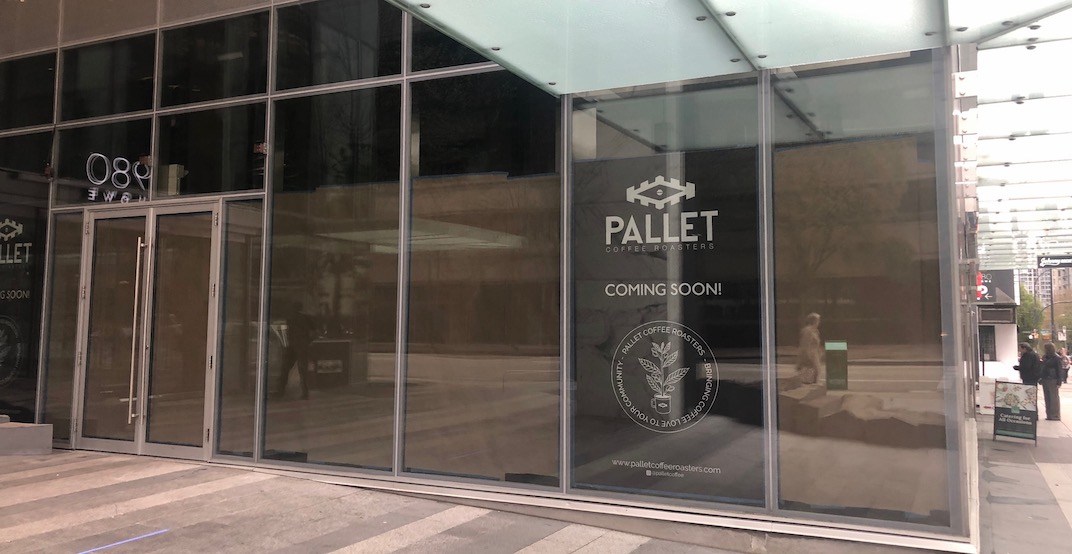 It’s only been a few days since the Nestle Cafe took down the signage and set up at its now-shuttered sole Vancouver store, and something is already in the works at 988 Howe Street.

Pallet Coffee Roasters is slated to be going into the space. Signage is up and it says the popular local coffee roaster’s first downtown cafe is set to open soon.

Pallet currently operates four cafes in Vancouver, and one of those (Hastings) also serves as a roastery.

Earlier this year the brand revealed plans for a new HQ – a roastery and kitchen located in Railtown – which was tentatively set to open in April or May of this year.

Daily Hive has reached out to Pallet to inquire about an opening date for the Howe Street location, we’ll keep you posted!