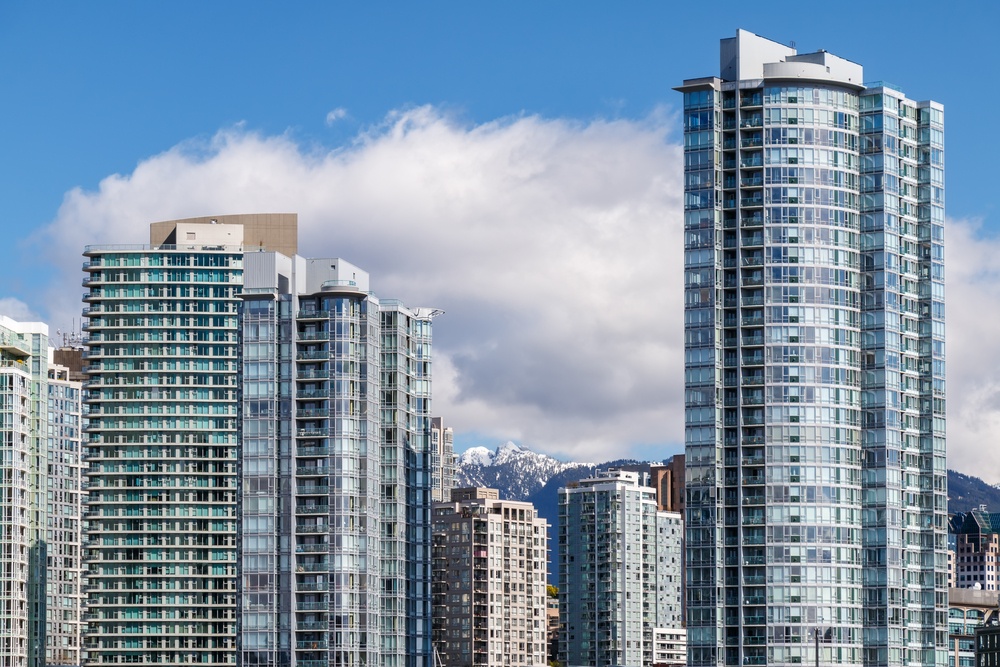 Rentals are heating up across the country.

For one bedroom median rent, 13 cities have growing prices while 8 have decreasing prices, according to the report, which was released today. 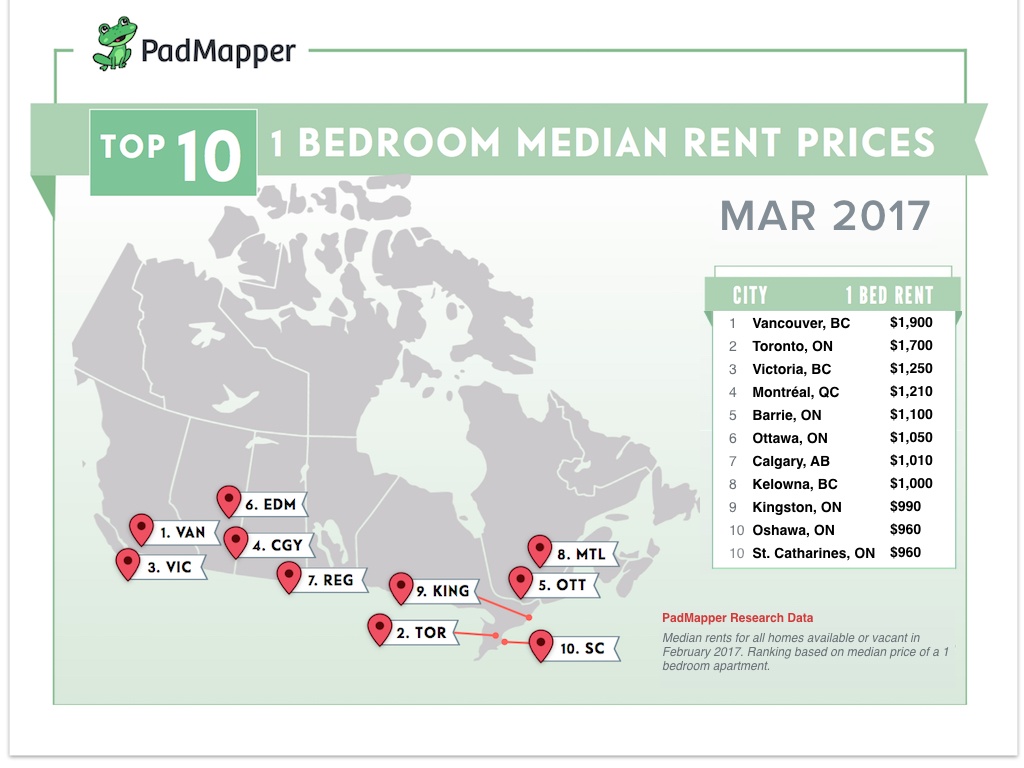 Not surprising, Vancouver and Toronto are on the top of the list, having the most expensive rentals in Canada, even though Vancouver’s month to month rental did not change since February.

In Toronto, on the other hand, one and two bedroom units experienced a 4.9% increase.

Vancouver’s one bedroom is averaging at $1900, while Toronto’s comes in slightly lower at $1700.

Following the two big cities in the top 5, Victoria, BC, is in third place where a one bedroom rental is $1250, just slightly higher than Montreal, which sits in fourth place at $1210.

Probably the most surprising is Barrie, ON, which finds its way into the top five due to a spike in one bedroom rentals. It even beat Calgary, which came in at seventh. 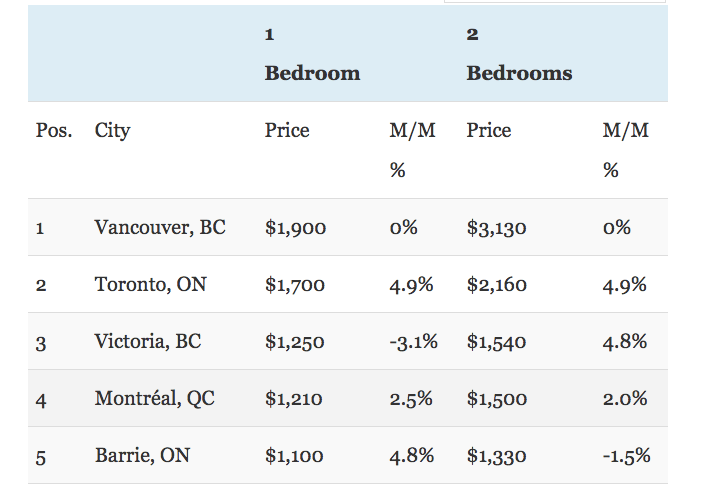 Meanwhile, here’s a list of rental costs across the country.

Anyone else suddenly want to move to Saguenay, QC? Anyone? Bueller? 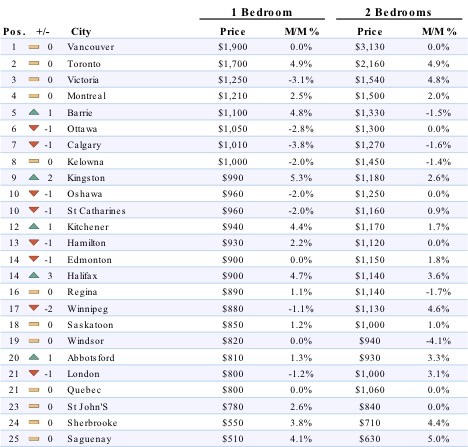