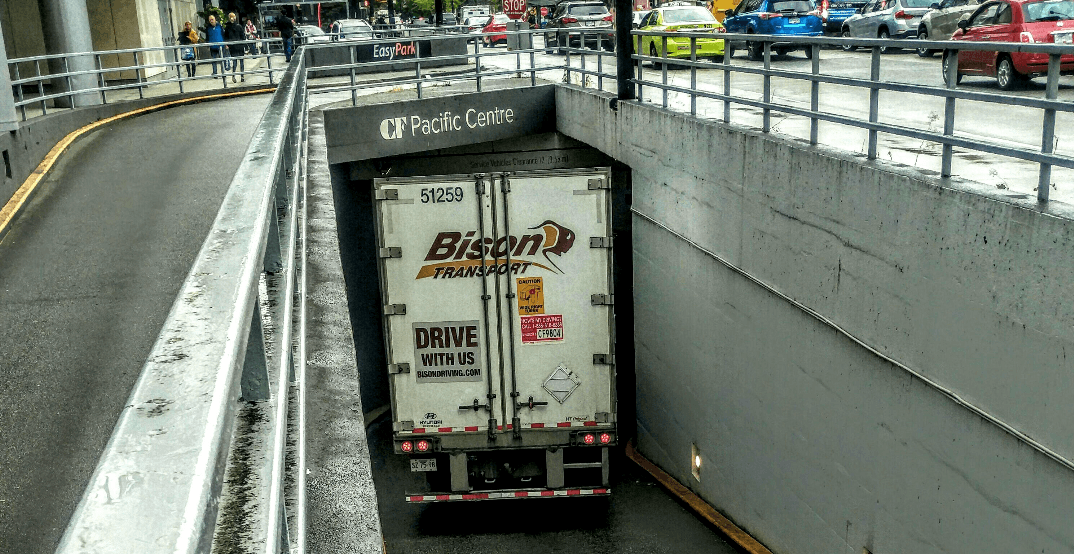 The semi-truck stuck on the ramp. (Duke Stevenson)

It had to have made for a rough morning for one semi-truck driver at Pacific Centre in downtown Vancouver on Friday, when the big-rig got stuck in a small space.

In a photo shot by Duke Stevenson and shared with Daily Hive, a semi-truck can be seen awkwardly lodged in the centre’s underground ramp on Howe Street.

Stevenson told Daily Hive he was on his way to a meeting when he noticed the stuck vehicle.

The semi-truck stuck on the ramp. (Duke Stevenson)

And while Stevenson told Daily Hive the awkwardly lodged vehicle had started to cause traffic back-ups on the street, the situation was resolved and the truck had been removed from the scene as of 12:30 pm.