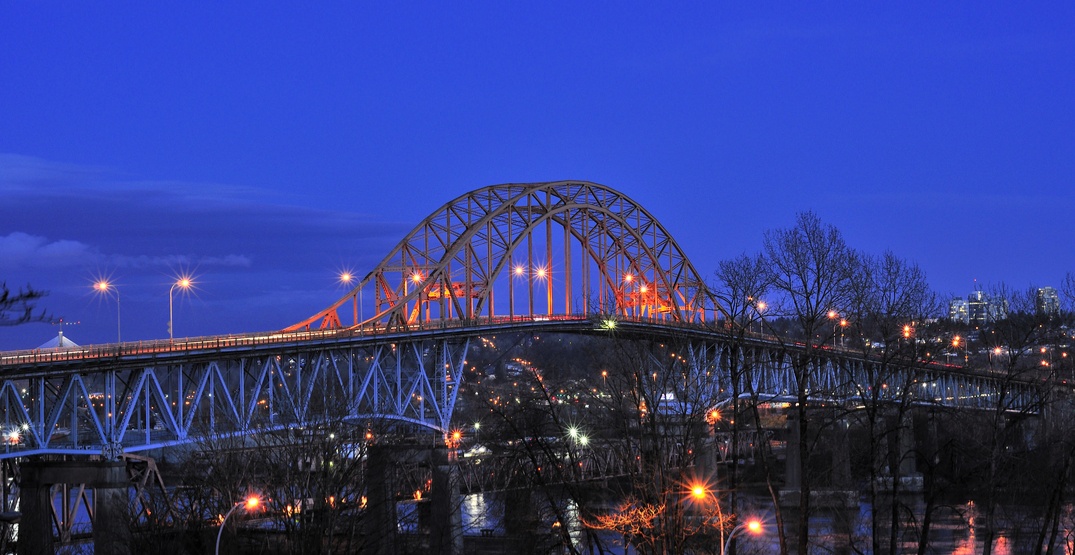 Overnight closures on the Pattullo Bridge are scheduled to take place next weekend.

According to TransLink, the bridge will be closed overnight on Friday, January 31 and Saturday, February 1 from 9 pm to 5 am.

“The bridge will be temporarily closed during these times for the testing of a recently installed early seismic warning system and wind monitoring system,” reads an emailed statement.

The sensors on the bridge are intended to detect early warning signs of a major high wind or seismic event. If either of the two events occur, traffic control gates will block access to the bridge, similar to how railway gates prevent cars from crossing.

The system will also display advanced warning lights and digital bridge closure signs to alert oncoming drivers of the closure.

TransLink says that Pattullo Bridge users are encouraged to use the Port Mann Bridge or the Alex Fraser Bridge as an alternative during the closure. During the testing, N19 bus trips will be re-routed over the Queensborough Bridge.

Any affected commuters are asked to plan an additional 30 minutes of travel time. In the event of an emergency, emergency crews will be able to cross the bridge in either direction at any time.

As it stands, the Pattullo Bridge is 81 years old and falls short of current seismic and wind-loading standards. TransLink says that the bridge would be vulnerable to collapsing during a modestly powerful earthquake or a hurricane-level windstorm.