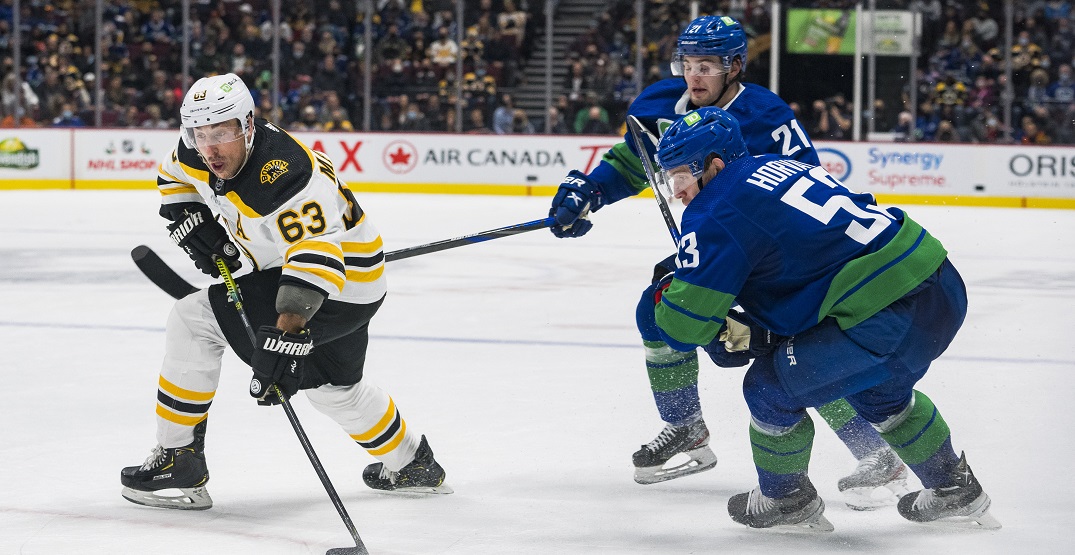 COVID-19 cases continue to rise across the NHL.

Per Sportsnet’s Chris Johnston, the league has had over 20 players join the league’s COVID-19 protocol list over the last 36 hours.

From other Western Canadian teams, the Vancouver Canucks saw two players confirmed as positive cases on Tuesday in Luke Schenn and Juho Lammikko, while the Calgary Flames’ Milan Lucic, Sean Monahan, and Noah Hanifin upped the Flames’ number of players in protocols to nine.

The Flames have already seen three games postponed, while the league announced Thursday that it was also postponing Tuesday’s game between Carolina and Minnesota after Hurricanes’ Jordan Staal, Andrei Svechnikov, Ian Cole, and Steven Lorentz were placed on the COVID-19 list. Two other Hurricanes players are currently quarantining in Vancouver, where the team played on Sunday.

ESPN’s Emily Kaplan reported that there’s “no plan” for the league to take an extended pause to let the COVID-19 situation in the league die down.

Additionally, Brad Marchand and Craig Smith of the Boston Bruins, Mathew Barzal of the New York Islanders, and Devon Toews of the Colorado Avalanche were all placed in protocol on Tuesday.

For now, it also appears that the decision to limit crowds at games will be left up to provincial and state authorities.