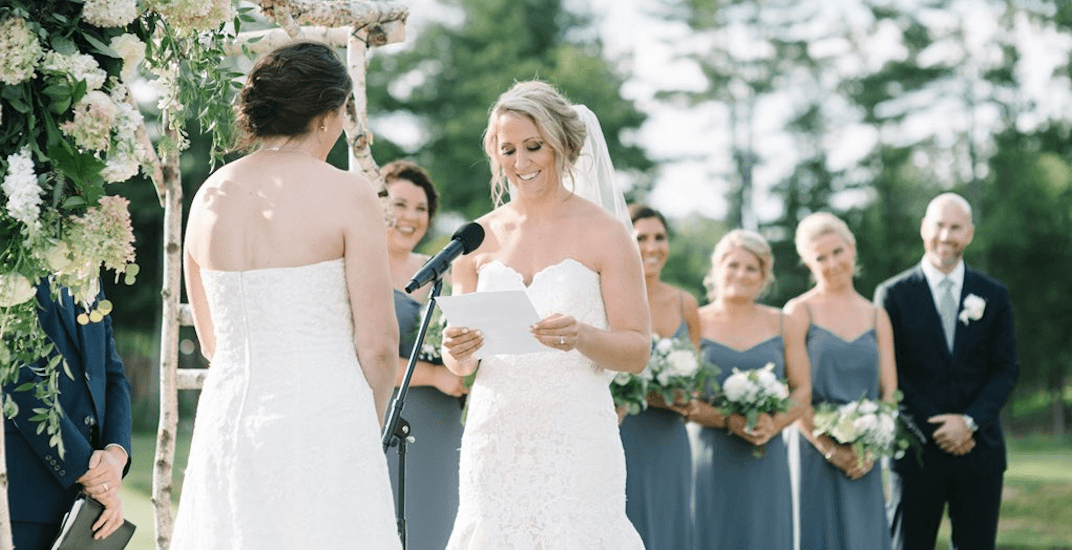 Not since Romeo and Juliet has a love been more forbidden.

Just like the Capulets and the Montagues, when it comes to women’s international hockey, Canada and the United States are sworn enemies.

Given Canada and USA have faced each other in every gold medal game ever played at the World Championships, as well as all but one at the Winter Olympics, it may be the most intense rivalry in all of sports.

But somehow, through it all, love found a way.

The most incredible day of my entire life ❤️ pic.twitter.com/zDlSBWmCDj

Gillian Apps, a longtime member of Canada’s national women’s hockey team, married Team USA captain Meghan Duggan on Saturday in an outdoor ceremony in Pownal, Maine. These are the same two players who fought tooth and nail against each other at the 2010 and 2014 Olympics, as well as five World Championships.

But on this day, they were wearing the same uniform – a white wedding dress.

Nothing but smiles after this amazing weekend ❤️

Until this year, Apps had exclusive Olympic bragging rights, winning gold in 2006, 2010, and 2014. Duggan finally won her first gold in February – the first Olympic championship for Team USA since the introduction of women’s hockey in 1998.