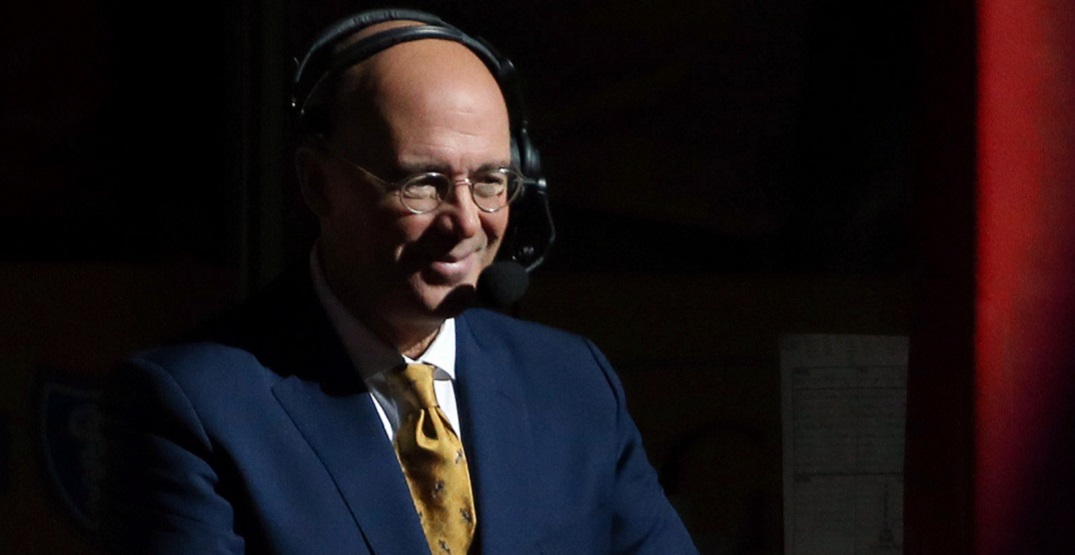 Pierre McGuire will no longer be in his usual spot between the benches of NHL teams next season — but he’ll still be around the rink, just a little bit higher up.

“We are excited to add Pierre to our hockey management group,” Senators owner Eugene Melnyk said in a statement on Monday. “His experience will be instrumental as we continue to build an elite team. Pierre’s knowledge of the game and its players is highly regarded and I am confident that he will positively assist our team as it progresses to the next level.”

In an interview with Postmedia’s Bruce Garrioch where the hiring first broke, McGuire detailed his vision with the Senators, saying he’s looking to bring his experience and knowledge to the league.

Ottawa finished in sixth place in the NHL’s North Division this past year with a 23-28-5 record. The Senators have not made the playoffs since losing in double overtime of Game 7 of the Eastern Conference Finals against Pittsburgh back in 2017.

McGuire is leaving a job at NBC Sports in order to pursue the opportunity with the Senators. He previously worked for TSN in Canada, as well as the occasional piece for Sports Illustrated.

Perhaps not so coincidentally, NBC’s NHL rights contract has now officially expired, with ESPN taking over next season as the primary American television rights holder.

It is McGuire’s second tenure in the Senators organization, having previously worked as an assistant coach back during the 1995-96 season.

“On behalf of the entire Senators organization, I would like to welcome Pierre McGuire back to Ottawa,” said Melnyk.

McGuire has not officially worked for a team since a one-year tenure as the head coach of the ECHL’s Baton Rouge Kingfish in 1996-97.

McGuire has earned an interesting reputation over his 30 years in the public eye.

On one hand, he’s known for his encyclopedic knowledge of NHL players and prospects. For someone who’s in charge of knowing everything about any possible player inside and outside of the Senators organization, someone like McGuire should be a great fit.

On the other hand, he seems to lack people skills and is known for being a catalyst to uncomfortable situations.

An infamous article from the Hartford Courant back in 1994 detailed McGuire’s failures during his lone season as an NHL head coach with the now-defunct Whalers. He lasted just 67 games. Courant columnist Jeff Jacobs wrote that after talking to over 20 people in the Whalers organization, support for McGuire “was almost nonexistent.”

“We had never seen a coach so universally disrespected and disliked within his own organization,” Jacobs said, adding that captain Pat Verbeek called the firing “the best thing that could have happened to the Whalers.”

As a broadcaster, his inability to connect with others has carried on so much that it’s become what he’s overwhelmingly known for.

The first two results when you type in his name on YouTube are videos titled: “Pierre McGuire is Effin Creepy,” and “Top 10 Times Pierre McGuire Was Weird AF.”

A third result on the first page shows a clip between McGuire and the debut of NBC broadcaster Kendall Coyne Schofield, where McGuire ultimately issued a statement apologizing for patronizing comments directed at Coyne Schofield.

McGuire also has been known as a staunch critic of the NHL’s analytics movement in recent years, which seems to be in direct contrast to one of his quotes to Garrioch.

“It’s important to have lots of information when you make decisions,” McGuire said in the interview. “I’d like to think I’d be very good at gathering information.”